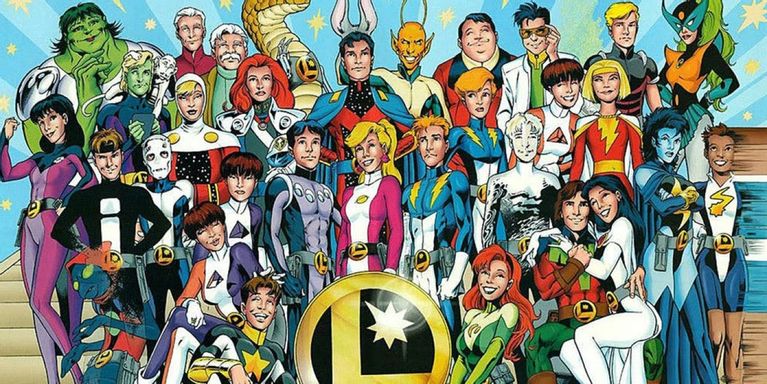 HBO Max‘s DC productions continue to grow as it’s been announced that an adult animated series adaptation of Legion of Super-Heroes is being developed by comic book writer Brian Michael Bendis. Bendis shared the news via his latest newsletter in which he revealed that he had been in discussions with HBO Max for a while regarding the project and that development had already begun.

the Legion of Super-Heroes was created by Otto Binder and Al Plastino in 1958. The DC superhero team, who is from the 30th century is usually involved with DC’s Justice League. Bendis and Ryan Sook were creators on a series of the superteam that was released in 2019 and was a hit series with fans and critics. This was the main driver for HBO Max trusting Bendis was the man for the job and gave him the opportunity to adapt his comic book series into the animated series that is in early development.

Bendis had this to say about the series:

“So, miracle of miracles, HBO then asked what else I would want to do and if there’s any DC properties I thought would make an interesting show. I may have yelled the word LEGION louder than you want to in a normal adult person business meeting. So yeah, the headline today is… HBO Max has put me to work on a LEGION OF SUPERHEROES TV SHOW. At the moment it is being developed as an adult animated show. Can you tell I am jumping up and down about this? I’ve been working on it for a while and last week I was sent to the next phase.”

Bendis also talked about the project being in early stages and the lengthy wait fans may have to endure before they hear more on the project saying:

“Facts: its very early goings but I can tell you this will be an adaptation of the Legion of superheroes that Ryan Sook and I have been working on the last few years. And just like that series, on sale now, it will harken back to so many classics while at the same time doing what Legion does: pushing all the ideas of superheroes forward in every direction.”

There’s currently no release window for the Legion of Super-Heroes animated series, but given the lengthy process of developing a project like this, a late 2022 or even 2023 release date is within reason.