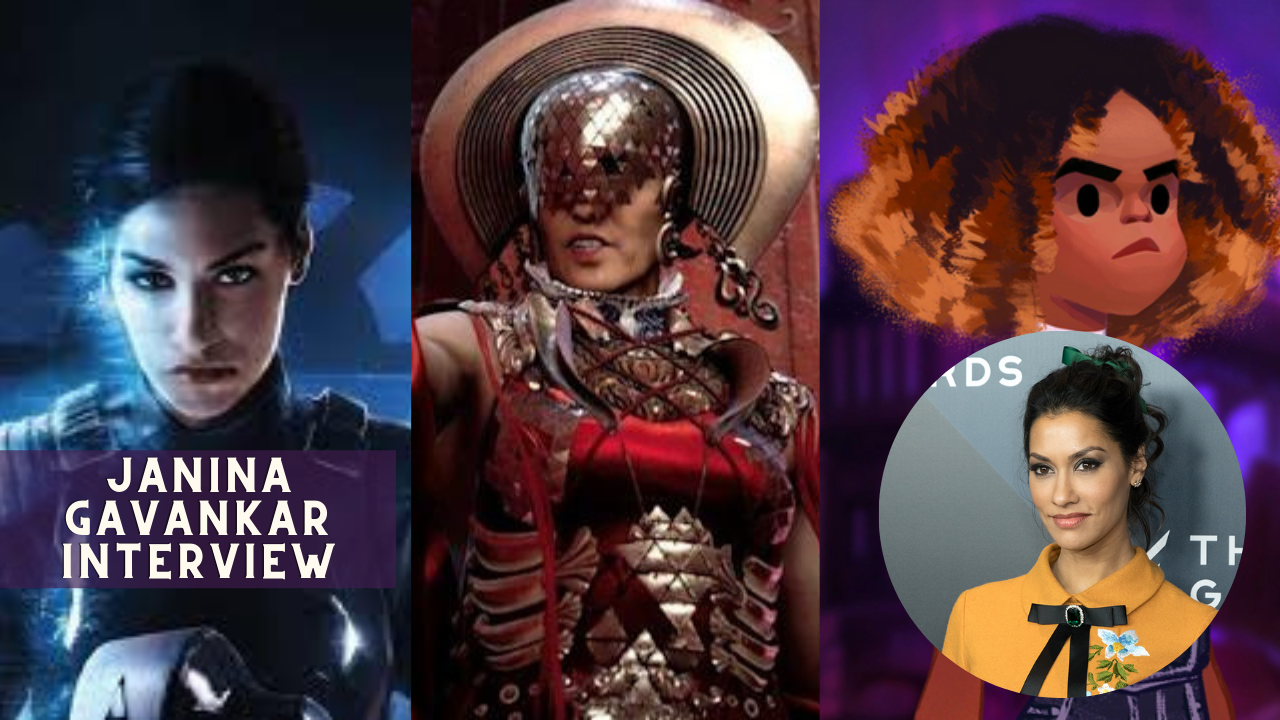 I think we can all agree that Janina Gavankar brings a level of talent and love to entertainment that makes the fandom absolutely fall in love with her. Whether it be lending her voice in Star Wars: Battlefront II, Afterparty, Horizon Zero Dawn and Far Cry 4, or being part of some of the biggest hits on TV with huge fandoms such as True Blood, The League, Arrow, The Morning Show, and Big Sky, Gavankar has touched many fandoms and always bring a unique energy and quality to the projects she touches. This is why we are absolutely excited about her upcoming projects in which we will see her play Knoxx in the live-action Borderlands film, she will lend her voice for the upcoming highly-anticipated video game Forspoken in which she will voice Tanta Sila. She also has a very secret, and exciting Marvel project alongside Amy Hennig from Skydance New Media.

Hi, thanks for talking with us at Geek Network. Can you start by telling us a bit about yourself?

I’m Janina. I went from band geek, to theatre nerd, to gamer. I’m still all of those things, but now people mostly know me as an actor.

We see you have a Twitch channel, do you still stream? Is it a gaming channel or different content?

I stream only when I have some strange, special, game related moment I want to share. ie: the Time Knife live reading [check it out here]I had just 100%ed Control, had found all sections of the screenplay masterpiece that is Time Knife, and invited its writer, as well as some of the cast of the game over to read it aloud while I manned a soundboard I made. I’m a big fan of what Remedy does. Basically no plan, but at any moment, something special might happen.

You have an exciting project coming out in May 2022 that just released killer footage at the Game Awards. What can you tell us about Forspoken and your character Tanta Sila?

She’s the baddest bitch in all of Athia. Better be ready for her.

Speaking of exciting projects in gaming, you and Amy Hennig are cooking something up over at Marvel, we know it’s a narrative driven action-adventure game and it will be a completely original story and take on the Marvel Universe. Is there anything you can tell the fans who are dying to hear more about this?

Well, Amy Hennig, her team of top shelf devs…and me. I’m a tiny slice of what is going into the project. Amy is a legend for a reason. She put a flag in the ground long ago, and proved that narrative driven experiences are what make games truly immersive. Emotion breeds intimacy. As the industry progresses, this is the area I want to continue to pour myself into.

You’re headed to Pandora in the upcoming Borderlands movie! Are you looking to make the General Knoxx fandom proud?

I sure hope so! I love how up in arms everyone was, as they worried they were changing who Knoxx was. Nope. He’s my dad. Well, he was…there’s a chance whoever is reading this burnt him to a cinder in DLC. And you know what? How dare you? That’s my DAD.

Can you tell us when we will finally get to see a trailer?!

As someone who watches The League probably too often, we have to ask, do people ever just look at you and yell SHIVAKAMINI SOMAKANDARKRAM?

Haha!  It’s happened thrice in my life. That’s it. Too many syllables. People get nervous.

You’ve been part of some pretty great TV series that have gathered quite the fandom such as The L Word, True Blood, The League and most recently The Morning Show. Which series are you most proud to be a part of?

You can’t compare em! The fans for each show are so different. It’s fun to share my love of each world with different walks of life.  But for the Trubies, specifically, I’m happy to share that I’m producing Truest Blood, a podcast retrospective, for HBO, with Deborah and Woll (Jessica) and Kristin Bauer (Pam) as hosts. You can subscribe here at TruestBlood.com

You were cast in a time travel series titled Echo for NBC, what can you share about the series?

Sadly, we never got to shoot it, because of the lockdown.

You gave a full motion capture performance as Iden Versio in the Star Wars universe and now are set to work in the Marvel universe in the future. If you had to exist in one universe, which would it be, Marvel or Star Wars?

It seems I don’t have to! Now, I have my sights set on the Lovecraft cosmos.

For those of you who are aware of me, already, I thank you for taking my geeky little journey with me. It’s a hell of a ride that I’m proud to share with you.