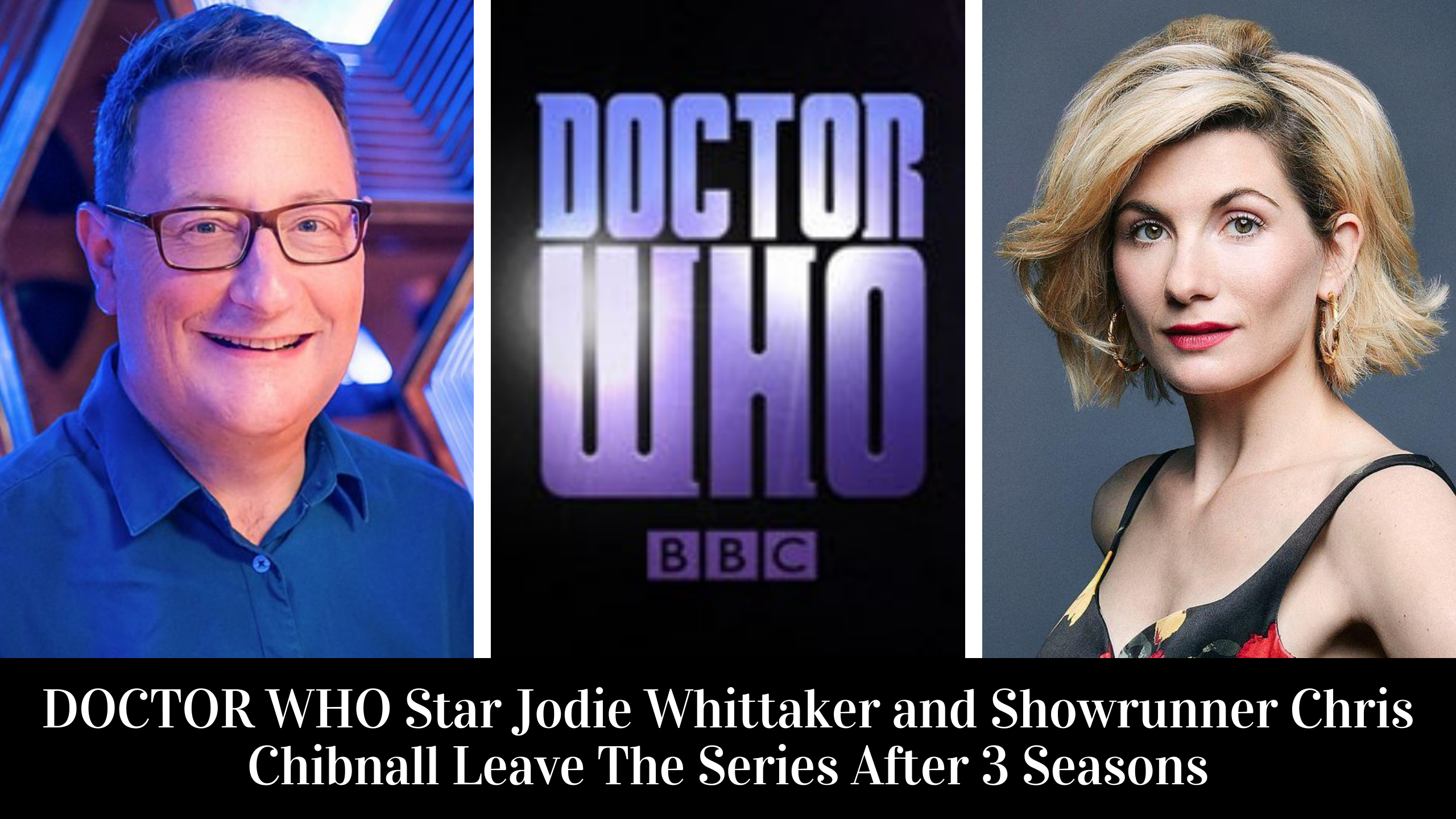 Jodie Whittaker, the 13th Doctor in Doctor Who will be leaving the series.

It’s been confirmed that she is leaving the series and showrunner Chris Chibnall is going with her. On top of appearing in the upcoming season, Whittaker is also set to appear in a six-part event serial as well as three specials before her time on the show is over.

The 13th series of Doctor Who will air towards the end of 2021. The three specials will follow in 2022 starting on Jan. 1 with a spring and fall special also in the works.

Whittaker shared in a statement, “In 2017 I opened my glorious gift box of size 13 shoes. I could not have guessed the brilliant adventures, worlds and wonders I was to see in them. My heart is so full of love for this show, for the team who make it, for the fans who watch it and for what it has brought to my life. And I cannot thank Chris enough for entrusting me with his incredible stories.”

She added, “We knew that we wanted to ride this wave side by side, and pass on the baton together. So here we are, weeks away from wrapping on the best job I have ever had. I don’t think I’ll ever be able to express what this role has given me. I will carry the Doctor and the lessons I’ve learnt forever.”

Chibnall said, “Jodie and I made a ‘three series and out’ pact with each other at the start of this once-in-a-lifetime blast. So now our shift is done, and we’re handing back the TARDIS keys. Jodie’s magnificent, iconic Doctor has exceeded all our high expectations. She’s been the gold standard leading actor, shouldering the responsibility of being the first female Doctor with style, strength, warmth, generosity and humour. She captured the public imagination and continues to inspire adoration around the world, as well as from everyone on the production. I can’t imagine working with a more inspiring Doctor – so I’m not going to!”

He went on to say, “I wish our successors – whoever the BBC and BBC Studios choose – as much fun as we’ve had. They’re in for a treat!”