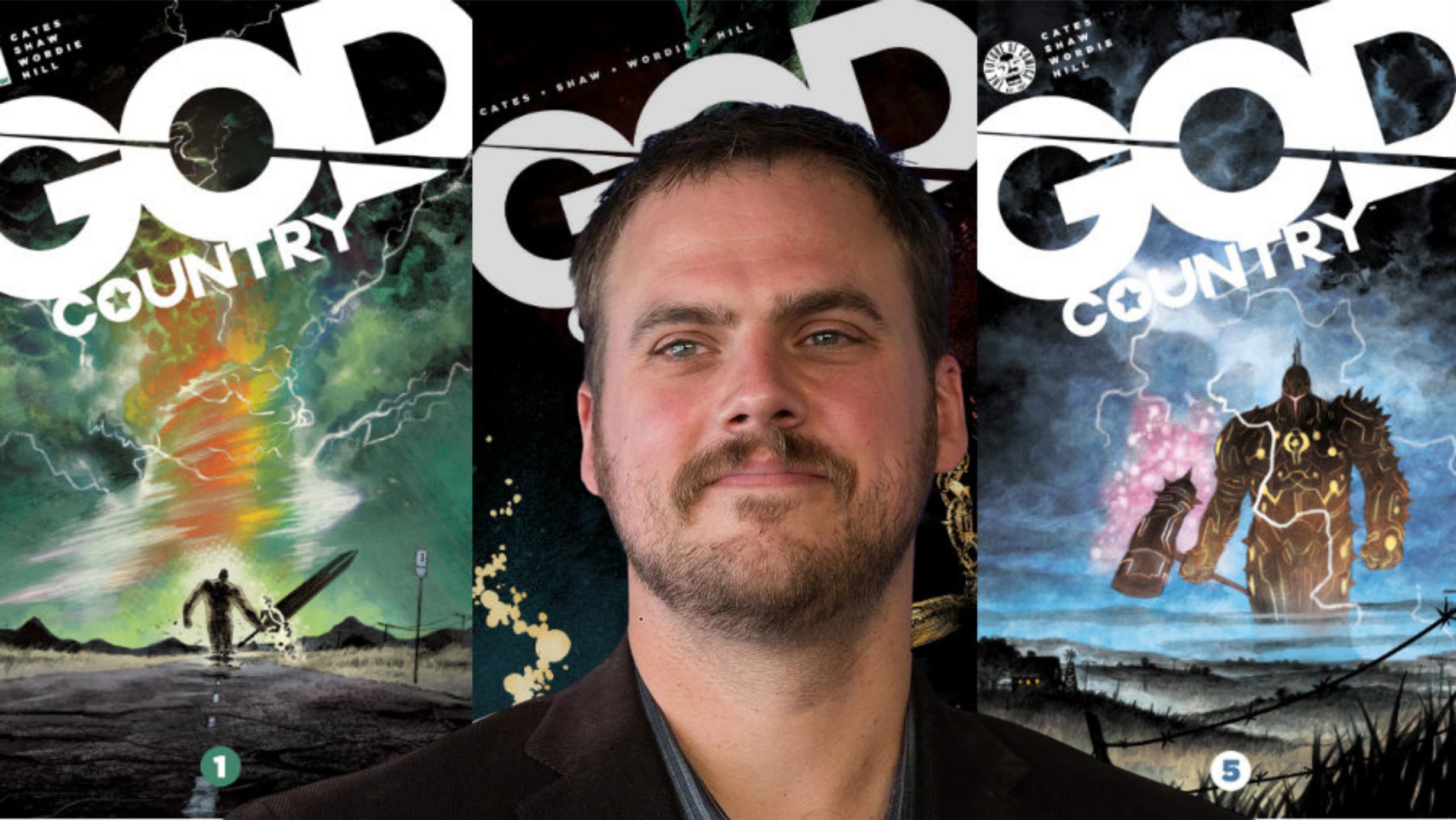 Donny Cates adapted the screenplay for the film adaptation. Lee Kramer and Jon Kramer from AfterShock Media will produce along with Mickle and Linda Moran.

The 2017 comic book mini-series was published by Image Comics and has received critical acclaim since it’s launch. With a sell out first issue and amassing a respectable 4th printing. God Country is easily one of my favorite works from the Cates library.

God Country centers on Emmett Quinlan who is an elderly widower rattled by dementia. Emmett isn’t just a problem for his children – his violent outbursts are more than the local cops can handle. When a tornado levels his home – as well as the surrounding West Texas town – a restored Quinlan rises from the wreckage. An enchanted sword at the eye of the storm gives him not just a sound mind and body, but phenomenal power.  He’s now the only man who can face the otherworldly creatures the sword has drawn down to the Lone Star State.

We recently had the chance to speak with Convery about his experience during the production of Sweet Tooth, take a look at the interview here.