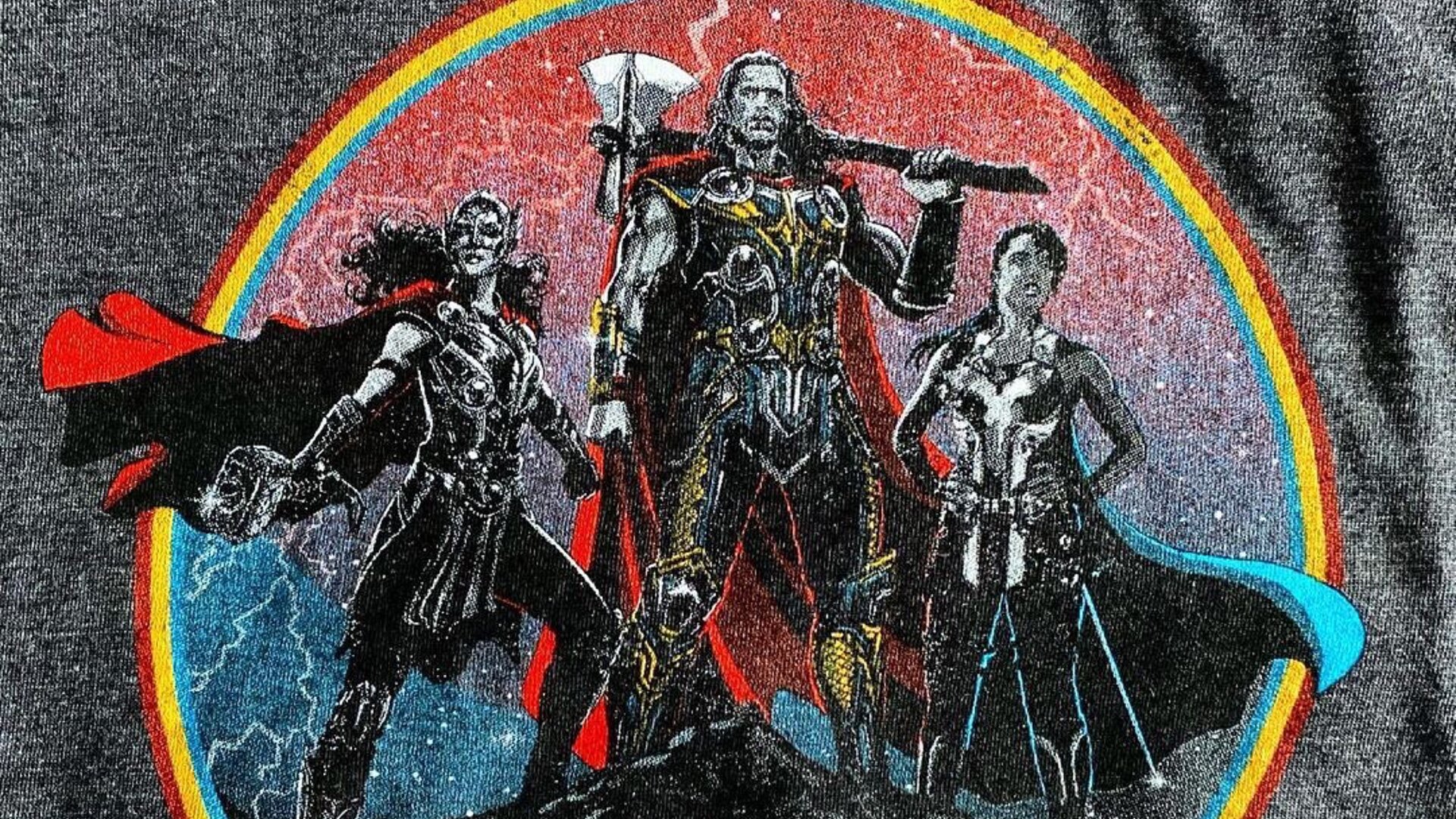 A character design for Jane Foster’s Thor has been revealed on a t-shirt given to the crew of the film after the film wrapped production Thor: Love and Thunder.

The crew of Marvel Thor: Love and Thunder were given a t-shirt when the production on the film wrapped and thanks to the design on that shirt, we have our first look at Jane Foster as Thor and well as Thor Odinson, and Valkyrie in full armor. Natalie Portman, Chris Hemsworth, and Tessa Thompson have returned to reprise their roles.

When previously talking about how this next Thor film compares to Thor: Ragnarok, director Taika Waititi shared:

“I think this might be funnier. Everything we did with Ragnarok, we’ve just multiplied it. Who knows if we do another one after this but I definitely feel like we put everything – every idea and every single ridiculous concept or gag or stunt or character – into this film. I couldn’t be happier with it.”

Thor: Love and Thunder also stars Christian Bale, playing Gore The God Butcher, Russell Crowe as Zeus, and Chris Pratt is returning as Star-Lord, along with other members of the Guardians of the Galaxy.

One of the storylines for the film features Jane Foster taking on the mantle of Thor. That story arc is based on Jason Aaron’s comic book run on The Mighty Thor, the story of which follows a cancer-stricken Jane Foster as she takes up the mantle and powers of Thor. When talking about the film, Portman said:

“I can’t tell you that much. I’m really excited. I’m starting to train, to get muscles. If there can be all these female superheroes, the more of them they are, the better it is. I’m trying to think — it’s based on the graphic novel of The Mighty Thor. She’s going through cancer treatment and is a superhero on the side.”

Something to note is that Jane Foster is wielding Mjolnir while Thor wields Stormbreaker. In Avengers: Endgame, we see Steve Rogers with Mjolnir in hand as he heads to return the Infinity Stones to their respective timelines and assumingly Mjolnir as well. Marvel is not one to let plot holes slip by, so I am sure this will most likely lead to an explanation and hopefully means that Mjolnir 2.0 is somehow created during the film. We will have to wait a little less than a year to find out!