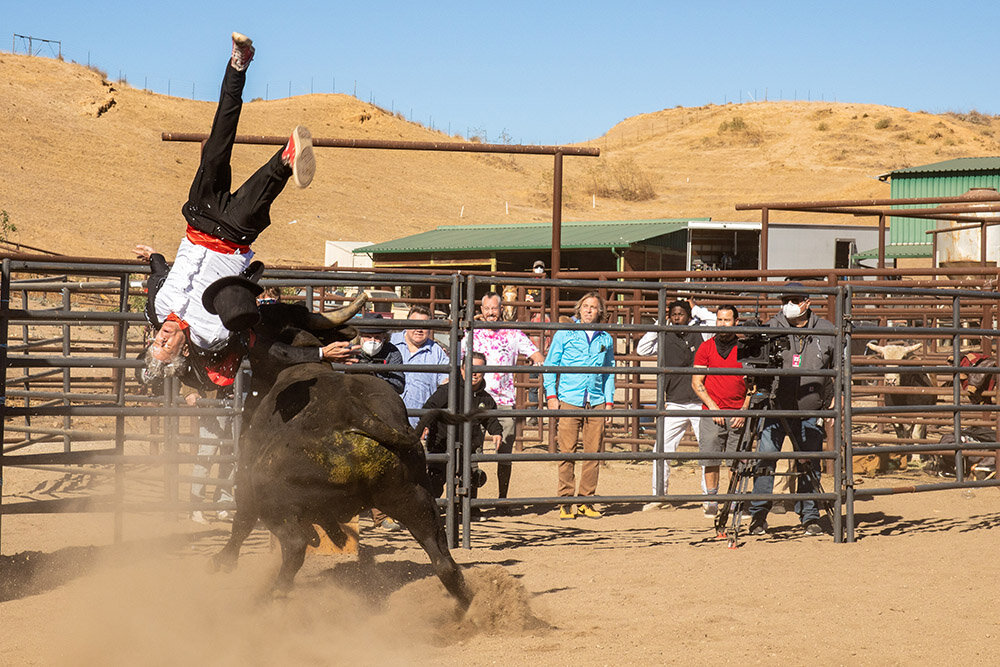 JACKASS 4 Is Titled JACKASS FOREVER and Some First Look Photos Have Been Shared.

21 years later this crazy group of friends is still going strong trying to kill themselves for our entertainment. The fourth film in the Jackass franchise is officially titled Jackass Forever.

We now have some first-look photos to share with you that features the return of Johnny Knoxville, Steve-O, Chris Pontius, Dave England, Wee Man, Ehren McGhehey, and Preston Lacy. These photos offer a little tease of what kind of wild stunts these guys will be getting into this time around.

One person you won’t see in this movie is original cast member Bam Margera. He ended up being fired from the movie when his struggles with addiction and mental health started causing issues while shooting the film.

A trailer for the film drops next week. The movie is scheduled to release on October 22nd, 2021.