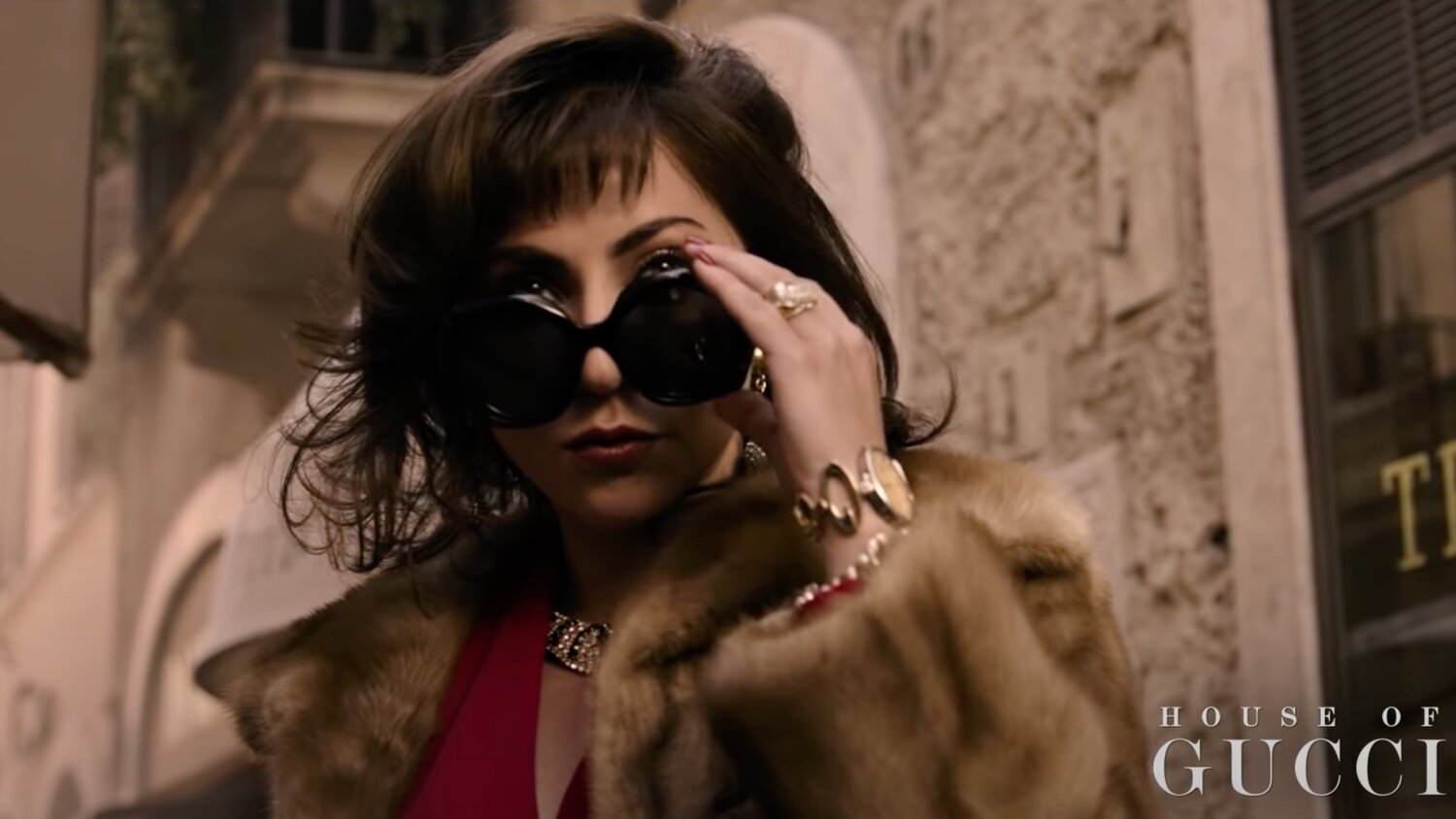 Trailer and Posters for Ridley Scott’s HOUSE OF GUCCI with Lady Gaga and Adam Driver.

The movie is inspired by “the shocking true story of the family empire behind the Italian fashion house of Gucci. Spanning three decades of love, betrayal, decadence, revenge, and ultimately murder, we see what a name means, what it’s worth, and how far a family will go for control.”

It dramatizes the events around the assassination of Guccio Gucci’s grandson, Maurizio. Patrizia Reggiani was tried and convicted of orchestrating Maurizio Gucci’s murder in 1995 after he left her for a younger woman. She served in prison for 18 years, where she gained the nickname Black Widow, before being released in 2016.

The film is based on Sara Gay Forden’s 2001 novel The House of Gucci: A Sensational Story of Murder, Madness, Glamour, and Greed, and it will be released in theaters on November 24th.