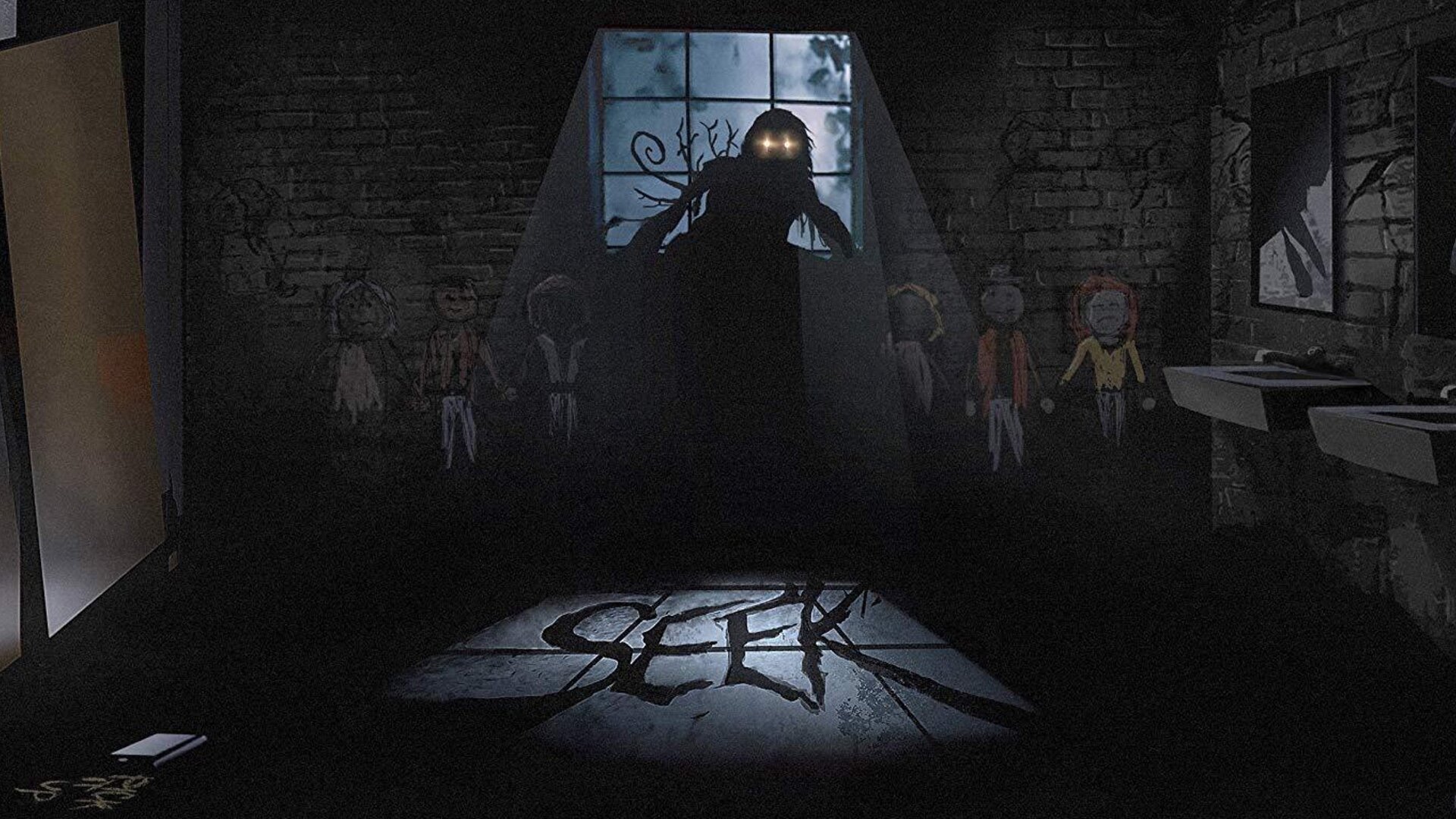 We have a horror short film for you guys just in time for the Halloween season. I feel like these are becoming rarer and it’s pretty exciting to find a great one every once in a while.

The short is titled Seek, and it’s set in a creepy old roadside bathroom. In the story, “Heidi and Jordan have been driving all night, and the two estranged sisters aren’t getting along. Amidst this tense atmosphere, they make a stop at a dilapidated roadside park, where Heidi takes a bathroom break. But inside the filthy room, a mischievous inhabitant demands to play a terrifying game.”

The movie was directed by Aaron Morgan from a script he co-wrote with Eric Vespe, and it’s described as a “shivery horror delivers highly effective chills and thrills in its compact runtime, elevated by superb cinematic craftsmanship and a surefire build-up of suspense, tension and ultimately terror.”

The short film is accompanied by these details giving you some insight into the story that is told in the film:

“On paper, the plot is simple and classic: a young woman enters a haunted space, encounters a malevolent spirit with an agenda of its own, and then tries to escape. It’s a story that’s almost classical in how it hearkens back to a golden age of horror, but here it’s executed flawlessly with the dynamism and muscle of modern film sensibilities. The richly moody cinematography, with its mottled colors and sinister lighting, immediately imbues the film from the get-go with a sense of uneasiness, while pitch-perfect editing captures the small, telling details that let us know that something isn’t right with the park.

But our pair of siblings are too preoccupied with their conflict to notice. Heidi heads into the repulsive bathroom, which shows signs of neglect and filth. No one has been there in some time. Or have they? A discarded smartphone is discovered on the floor, showing what happened to its former owner. The video horrifies the sister, who attempts to leave, but discovers she’s trapped inside.

From there, the storytelling escalates, breaking down each beat of the conflict for maximum impact. Actor Allisyn Snyder finds gradations of fear with a precise performance, which guides the ebbs and flows of the buildup of tension. It all crescendos into an ultimate confrontation, coming face to face with a deliciously creepy creature — beautifully created by Oscar-winning “Pan’s Labyrinth” practical effects maker Arjen Tuiten from a design by the famed Weta Workshop — that fits right in with the repulsive setting. This childlike wraith has petulance and hunger that demands to be slaked, and nothing will stop it from getting what it wants.

“Seek” is a compact six minutes, but so accomplished in its craft and so evocative in its horror that it creates a sense of a larger mythology ripe for expanding and exploring. It could easily be the teaser for a larger feature, exploring the origins of its central monster and the fears of abandonment it embodies. But the film feels bigger because it does what many great horror stories do: take something disquieting in our ordinary lives and mines that kernel of anxiety or fear into something out of our worst nightmares. Many of us have suffered through that weirdly empty roadside rest stop or a disgusting, neglected bathroom. But “Seek” uses those strange, squeamish spaces as a springboard into an adventure that’s uncanny, surreal, and downright scary.”

Check it out below and let us know what you think!