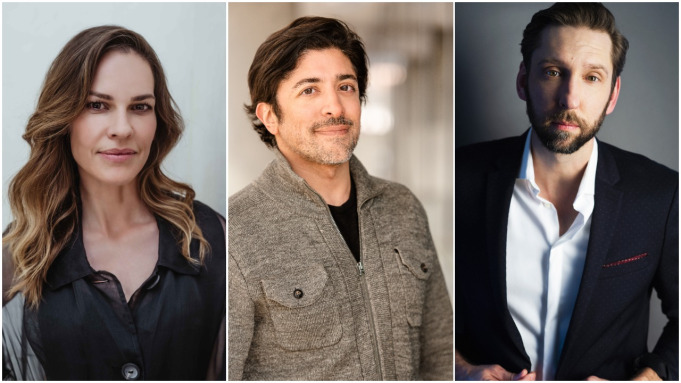 Hilary Swank has signed on to star in and produce the biopic Speed Girl, based on racing pioneer Janet Guthrie, which comes from Joel David Moore and Rishi Bajaj’s Balcony 9 Productions.

“a pilot turned racecar driver who smashed barriers to become the first woman to qualify for the Indianapolis 500 and Daytona 500.”

The feature is based on Stephan Talty’s book by the same name. Here’s the synopsis:

Set in the 1970s when the fight for women’s rights was gaining speed, Guthrie made a bid for the Indianapolis 500 in 1976 despite relentless opposition from the racing establishment and the men she hoped to race against. Janet qualified for the race in 1978 where she finished in the top ten, destroying many widely-held stereotypes about female drivers. The film will bring Guthrie’s passion and persistence vividly to life, immersing viewers in the untold story of the woman who came to Indy just hoping to qualify and left a trailblazer, inspiring generations of future female racers.

Swank said this about the project:

“This is an incredible true story about female empowerment and going after your dreams. When I was approached with Janet Guthrie’s story by the great team at Balcony 9, I immediately said yes. I can’t wait to bring her inspiring life to the screen.”

This film is sure to pack some serious girl power and we cannot wait to see more of the project.

Hilary Duff: How I Met Your Father Will Have Ties to the Original Series