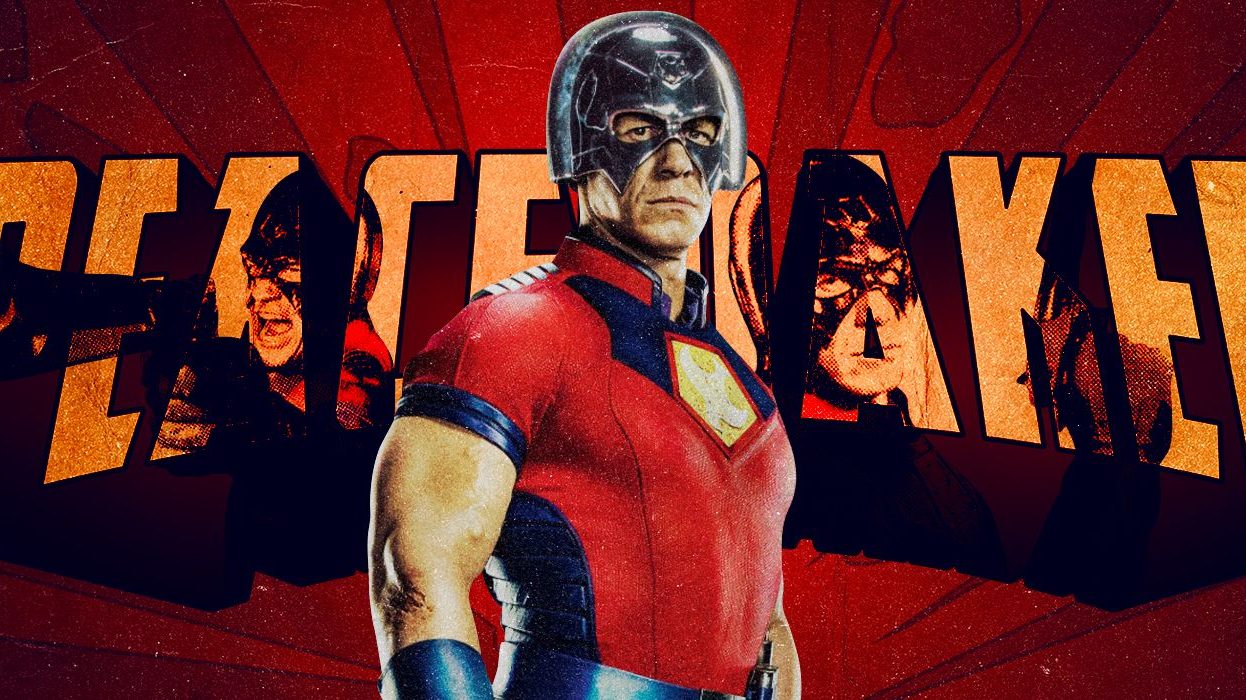 “He’s got the looks, the car, and the best sidekick ever – all in the name of peace.”

HBO has released the first clip for James Gunn’s upcoming Peacemaker series, which is a spinoff of his hit DC film The Suicide Squad. This is our first real look at some actual footage from the series and it puts a focus on more of the comedic aspect of the show.

In the clip, Peacemaker (John Cena), who was last seen lying in a hospital bed at the end of The Suicide Squad, is back in his superhero suit and meeting Amanda Waller’s team at a little cafe. He’s even got his bald eagle “Eagley” in the back seat of his car! When he walks in and sits down in full costume, Waller’s team starts to tease him.

Peacemaker is described as being an action-adventure comedy, and it will “explore the origins of Peacemaker, a man who believes in peace at any cost, no matter how many people he has to kill to get it.”

When previously talking about the series, Gunn shared, “I loved the 1970s Captain America [TV movie] when I was a kid. I thought making a really f—ed-up version of that with Peacemaker would be fun.” He then admits, “I did exactly the thing I hate when other filmmakers do [it]. But I did it! I’ll have to live with the repercussions, which is the most incredible TV show people will ever see.”

Gunn also shared details on the story saying that the eight-episode series centers on “black ops combating something catastrophic that’s facing the planet.”

Gunn wrote the Peacemaker series, and he directed five episodes. We can expect to see more during the DC FanDome event coming up in a few weeks. Check out the clip below: