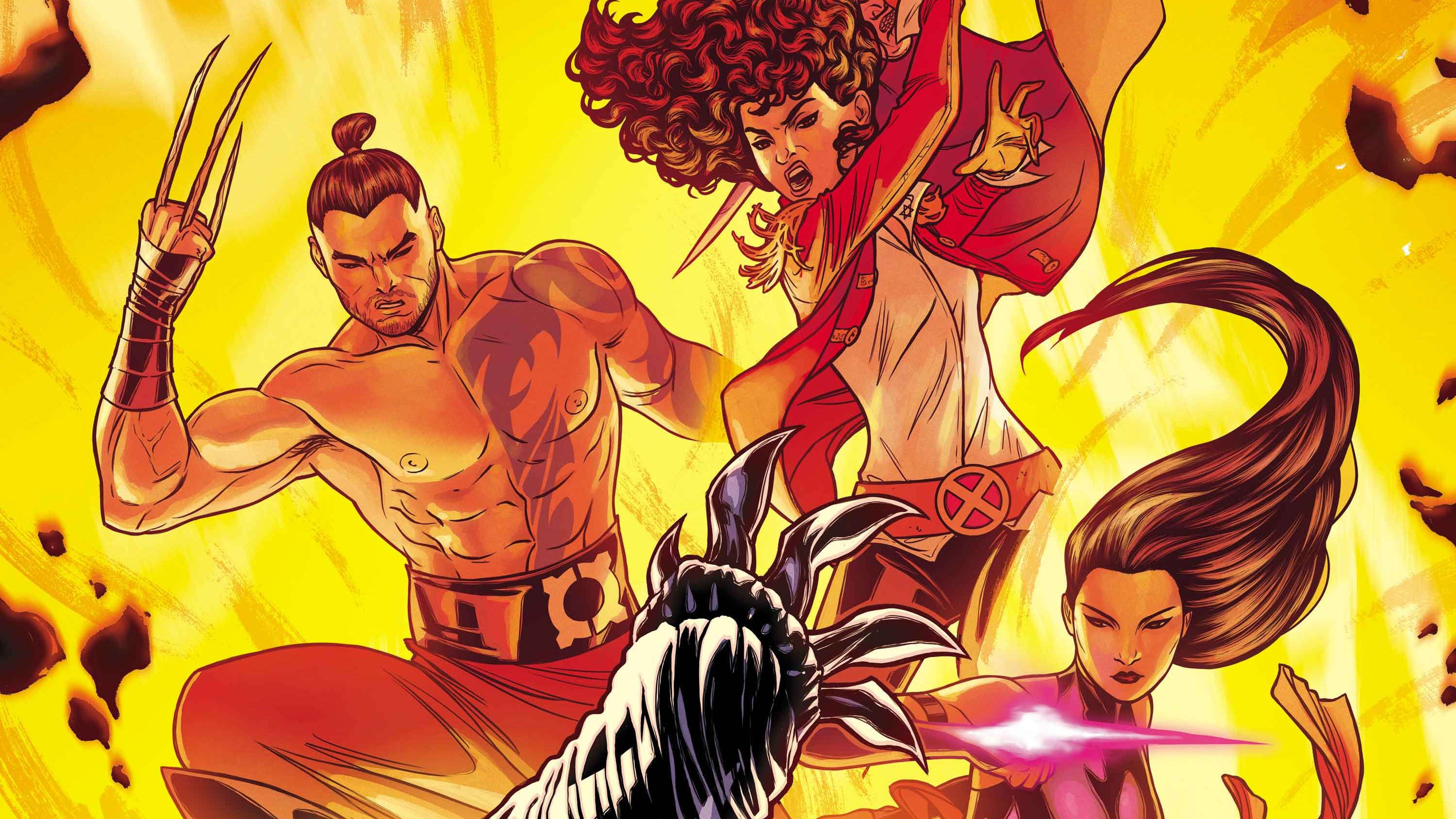 A brand new era of X-Men is upon us! Following Jonathan Hickman’s limited comic series Inferno, many of your favorite ongoing X-titles will be undergoing thrilling changes including the hit mutant seafaring series MARAUDERS! Taking over writing duties from Gerry Duggan will be writer Steve Orlando, known for his critically acclaimed work on books like Wonder Woman and Curse of the Man-Thing. Bringing new energy to the mutant mythos, Orlando will launch the book with an exciting cast shakeup and a threat that strikes at the heart of the mutant nation of Krakoa. The first adventure in Orlando’s new run will kick off in January’s MARAUDERS ANNUAL #1 where he’ll be joined by artist Crees Lee.

The Marauders are ready to renew their mission of mutant rescue! Kate Pryde’s got the mission — all she needs now is a new boat and a fresh crew to match. Alongside Bishop, Pryde will recruit a team of mutants, new and old, including Psylocke, Daken, Aurora, Tempo, and Somnus, the new mutant hero who debuted earlier this year in Marvel’s Voices: Pride #1! They’ll unite to spring Daken from imprisonment at the hands of a leader who’s as cruel as he is charismatic: the primal provocateur known as Brimstone Love, a fan-favorite villain from the 2099 timeline making his present-day debut! It’s the Marauders versus the Theater of Pain, a torture troupe that’s set up shop in Xavier’s School’s old backyard!

“Taking the helm of MARAUDERS is easily the most exciting moment of my career, especially when it’s my first-ever ongoing not just on Krakoa, but at Marvel in general,” Orlando said. “Exploding out of the team’s already-amazing adventures as part of Hellfire Trading, Captain Pryde’s new crew of Marauders will stop at nothing to bring endangered mutants to safety — to always go where they’re needed, not where they’re wanted. To mutant rescue, wherever it calls them!”

Come aboard for a new age of Marauders when MARAUDERS ANNUAL #1 hits stands on January 12. Stay tuned in the coming weeks for more announcements about other exciting new X-Men launches! For more information, visit Marvel.com.