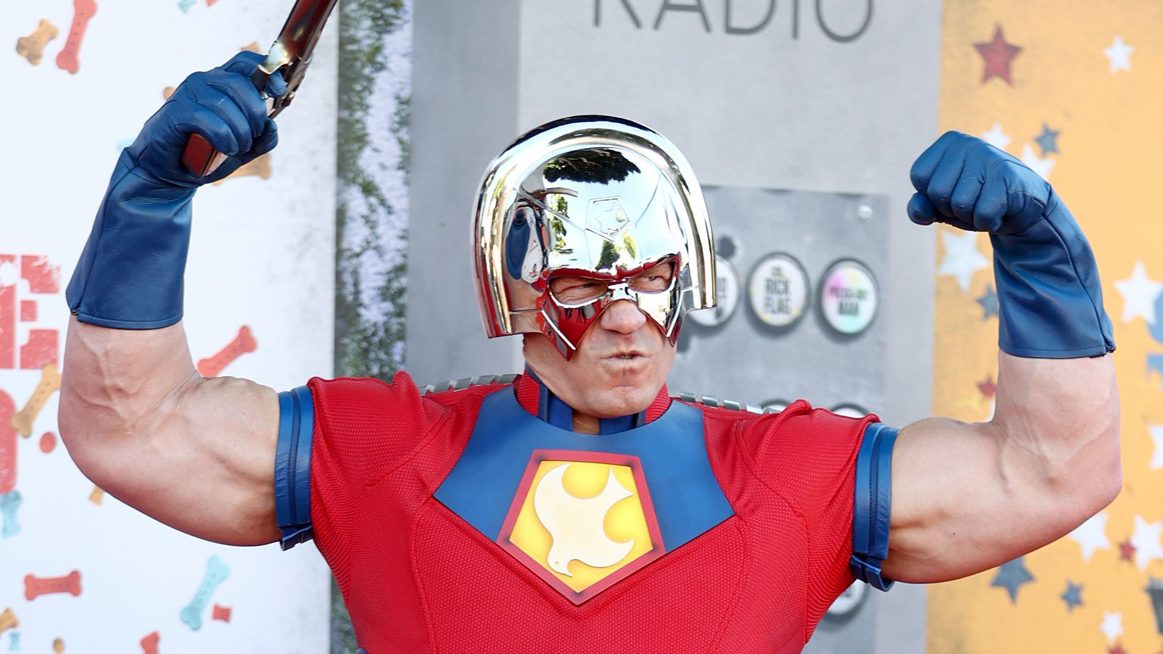 First Photo From The DC PEACEMAKER Series; James Gunn Says It’s “The Most Incredible TV Show People Will Ever See”

A first look photo has been released for director James Gunn‘s upcoming The Suicide Squad spinoff series, Peacemaker. The image offers a first look at Steve Agee as Economos, Jennifer Holland as Harcourt, Chukwudi Iwuji as Murn, Danielle Brooks as Adebayo, Freddie Stroma as Vigilante, and John Cena as Peacemaker.

Peacemaker is described as being an action-adventure comedy, and it will “explore the origins of Peacemaker, a man who believes in peace at any cost, no matter how many people he has to kill to get it.”

When talking about the series with EW, Gunn shared, “I loved the 1970s Captain America [TV movie] when I was a kid. I thought making a really f—ed-up version of that with Peacemaker would be fun.” He then admits, “I did exactly the thing I hate when other filmmakers do [it]. But I did it! I’ll have to live with the repercussions, which is the most incredible TV show people will ever see.”

You have to admire the confidence that Gunn has in all his projects and its warranted. He has brought to seemingly unknown group of comic book characters into the spotlight and given free reign with a Peacemaker series and Cena has only gotten better in his journey into Hollywood acting. This is a recipe for success.

Gunn went on to share details on the story saying that the eight-episode series centers on “black ops combating something catastrophic that’s facing the planet.” It’s explained that Peacemaker, Harcourt, and Economos team up with three new characters.

When talking about Peacemaker’s relationship with the character Vigilante, Gunn said, “You may not have guessed it, but his character is a vigilante! She isn’t always treated the best by the people around her, but despite her differences with Peacemaker, they form a bond.”

Gunn wrote the Peacemaker series, and he directed five episodes. He’s currently working on Guardians of the Galaxy: Vol. 3, but says that he would be happy come back and make a Season 2 of Peacemaker if it’s a success.

More on the series should be revealed during the upcoming DC FanDome event in October.