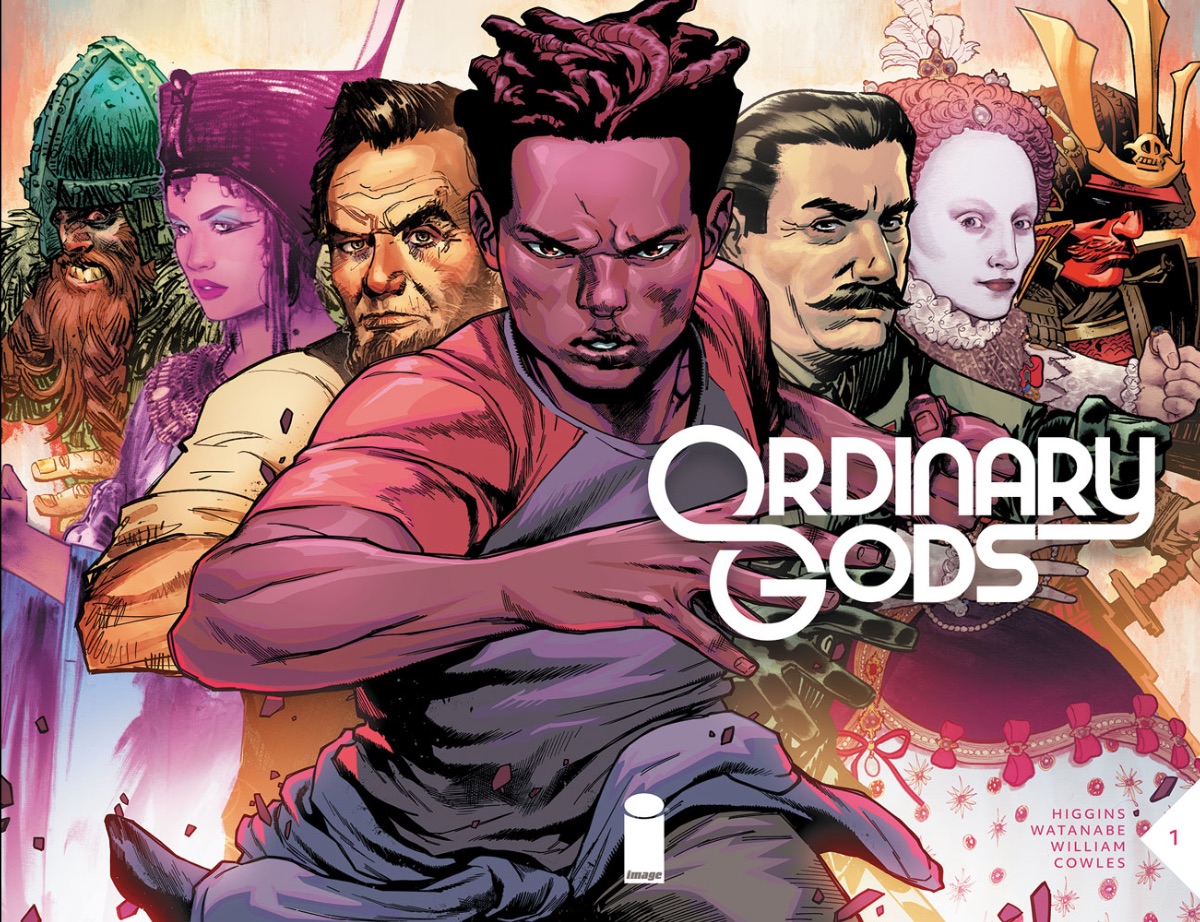 On the heels of sales beast Radiant Black, Kyle Higgins courts divinity in upcoming collaboration with The Flash’s Felipe Watanabe, Ordinary Gods. This centuries-spanning epic sci-fi/fantasy series is set to launch from Image Comics in July.

“Sometimes an idea is so good, it’s impossible to ignore. Even if it initially seems impossible to crack, you circle back to it time and time again, bringing with you new life experiences and concepts learned from other projects. And even if it takes ten years before you’re ready to announce the book to the world, that’s okay. Because, as Ordinary Gods will be exploring, everything’s connected for a reason,”

said Higgins in an exclusive scoop on the announcement with SYFYWIRE.

“This is a book that I’ve been working on for many years, alongside an incredible cast of artistic partners and collaborators, to try to tell a generational action epic that spans eras, worlds, dimensions and the connections between them all. And that’s just issue one.”

The Luminary. The Prodigy. The Brute. The Trickster. The Innovator. Five gods from a realm beyond our own, leaders in the “War of Immortals.” At least, they were—before they were trapped, sent to a planet made into a prison, forced into an endless cycle of human death and reincarnation.

“After the first conversation with Kyle about the Ordinary Gods, I already knew I was facing something powerful. And it happened to be a brilliant idea, which took a long way to get to my hands, though right on time to get the best of me,”

“Getting closer to the release of Ordinary Gods just enhances the feeling I have of how amazing it has been being part of the process of creation of such universe, among such talented people, over the past few years. I mean, since the beginning of the story, there were so many cool things, with characters who seemed to be common like us, but who held within themselves the power that was unknown until then.”

Ordinary Gods follows 22-year-old Christopher. He’s got two loving parents and a 12-year-old sister. He works at a paint store. He’s in therapy. He’s one of the Five. Which means, in order to save everyone he cares about, Christopher will have to reconnect with his past lives and do the unthinkable: become a god again.

Ordinary Gods #1 (Diamond Code MAY210060) will be available at comic book shops on Wednesday, July 7.

Ordinary Gods #1 will also be available for purchase across many digital platforms, including Amazon Kindle, Apple Books, comiXology, and Google Play.

DOCTOR OCTOPUS RETURNS AND THE SINISTER WAR BEGINS IN AN ALL-NEW EPIC!