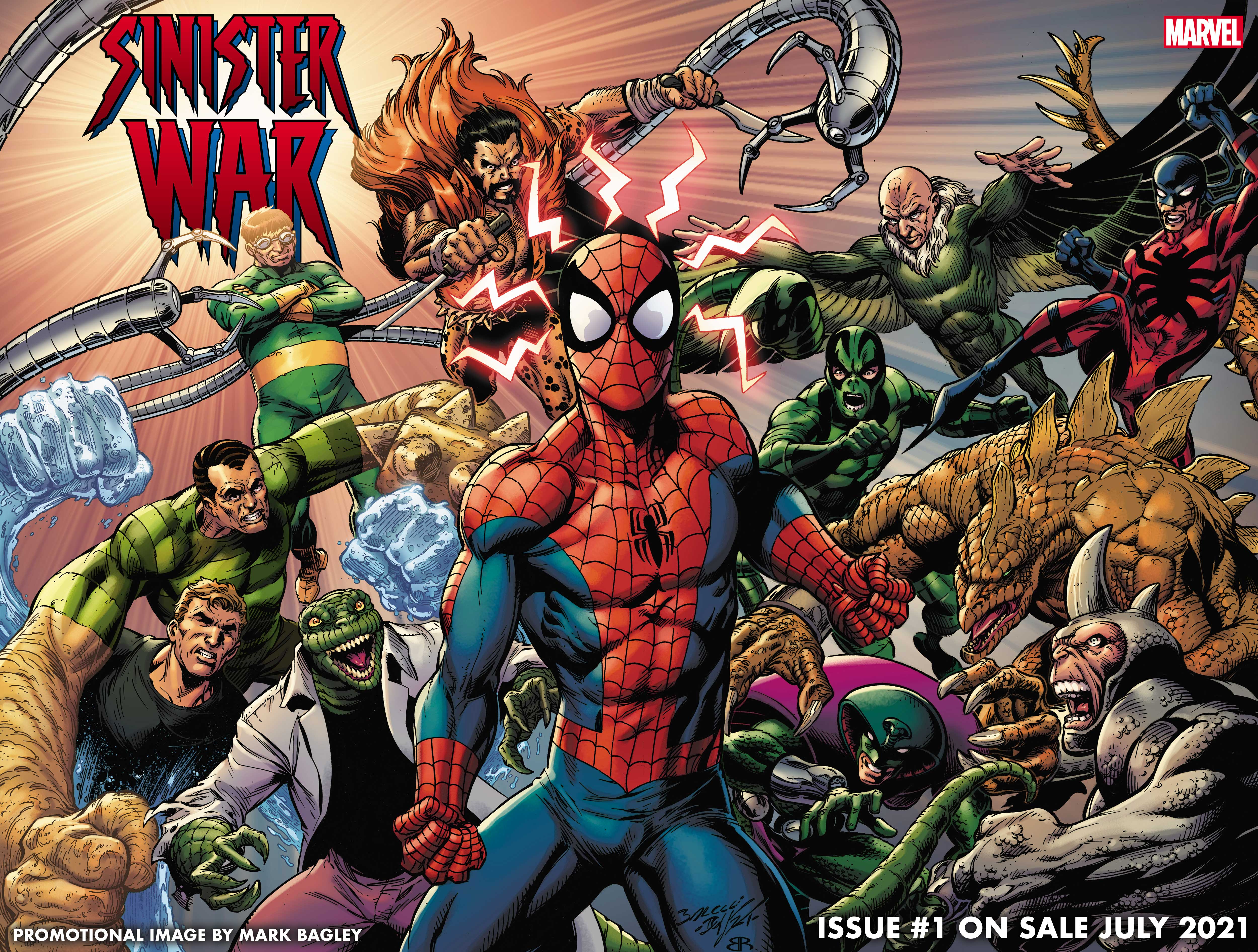 This July, an all-out war between two of Spider-Man’s greatest villains and their own Sinister Sextets erupts in SINISTER WAR! Exploding out of Nick Spencer’s pulse-pounding run on Amazing Spider-Man, this all-new series pits Doctor Octopus’s Sinister Six against Vulture’s Savage Six in a war that puts all of New York City in the crossfire. These deadly groups of foes are out for blood: Spider-Man’s and each other’s! With art by Mark Bagley, SINISTER WAR will be the latest epic in Spencer’s transformative work on the Spider-Man mythos, packed with even more surprising developments including the grand return of Doctor Octopus!

DOCTOR OCTOPUS IS BACK! AND THE SINISTER WAR HAS BEGUN!

Ock’s got a new Sinister Six and if you think he’s thought big in the past, think again. What Ock DOESN’T know is that the VULTURE has a sextet of his own: THE SAVAGE SIX! It’s an all-out WAR between two of the greatest villains in the Marvel Universe, and the only person they hate more than each other is SPIDER-MAN! Spidey’s in deep trouble with the toughest battle that he’s ever faced. Nick Spencer and Mark Bagley team up for this epic Spider-Man story guaranteed to shock readers everywhere! On Sale 7/14!

“and this is his biggest story yet through this series and the concurrent issues of Amazing Spider-Man, so clear some room on your ‘Best Comics Ever’ shelf.”

SINISTER WAR CONTINUES! Two of the most deadly villain teams are fighting both Spidey and each other, but what is Kindred’s role in all this? On Sale 7/21!