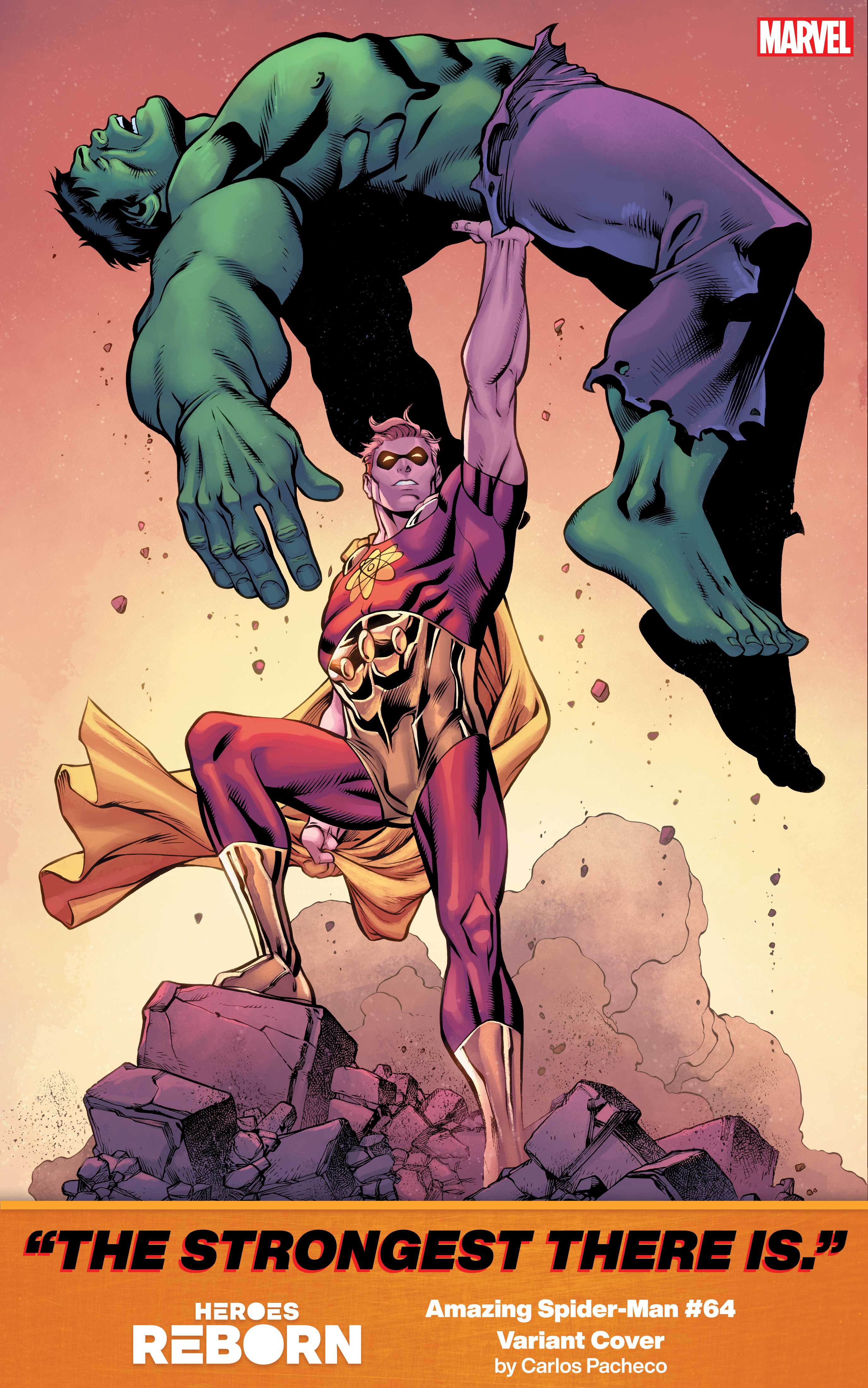 This May, HEROES REBORN will welcome readers to a world without Avengers! Rising up to take their place as Earth’s Mightiest Heroes will be the Squadron Supreme in a startling new vision of the Marvel Universe brought to you by super hero masterminds Jason Aaron and Ed McGuiness. Get your first glimpse at the fascinating history behind this highly-anticipated saga in all-new variant covers by acclaimed artist Carlos Pacheco. These revealing covers offer exciting hints at the backstories behind the Squadron Supreme as well as the dangerous new threats they’ll be facing! Look for them on your favorite titles throughout the month of April.

“The new Squadron Supreme of America have been a big part of my Avengers run almost since the beginning, and that has all been leading to this,” Aaron told ComicBook.com in a recent interview. “As militantly-nationalist, government-sponsored heroes operating out of Washington D.C., they’ve been calling themselves ‘America’s Mightiest Heroes’ for a while now. In Heroes Reborn, they become much more. In this world where the Avengers never formed, the Squadron are now and have forever been Earth’s Mightiest Heroes.”

Check them out below and keep a lookout for more exciting news about HEROES REBORN!