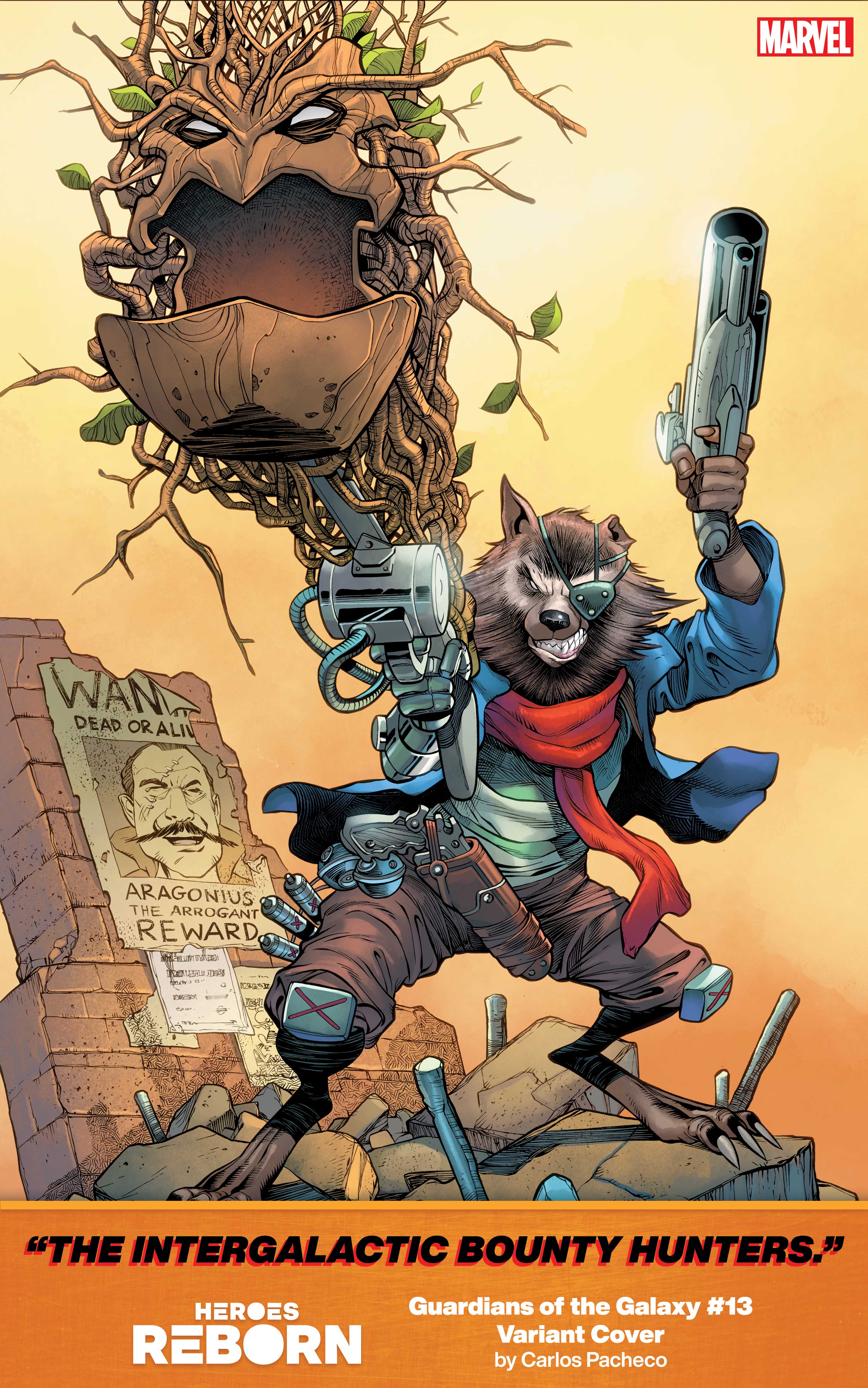 From mastermind creators Jason Aaron and Ed McGuiness comes HEROES REBORN, a bold new vision of the Marvel Universe where the Avengers never assembled and the Squadron Supreme took their place. But what happened to Earth’s Mightiest Heroes? The startling answers await in this upcoming super hero epic, but you can get your first glimpse into this strange world in new variant covers by acclaimed artist Carlos Pacheco. These revealing covers offer exciting hints at the new origins behind Captain America, Thor, Black Panther, and more! Look for them on your favorite titles throughout the month of April.

“So you’re looking at a Marvel timeline that played out radically different,” Aaron told ComicBook.com in a recent interview. “When Galactus first came to earth, it wasn’t the Fantastic Four who were there to face him. When the Green Goblin threw someone to their death from the George Washington Bridge, it wasn’t Spider-Man who was there screaming. When a Civil War tore apart the Marvel heroes, it wasn’t Iron Man and Captain America who were fighting at its center. Heroes Reborn drops us into the middle of a world where the Marvel landscape has been radically recast and reshuffled, in some ways that I think will be surprising.”

Check out the first set below and keep a lookout for more HEROES REBORN VARIANT COVER reveals coming soon!

In this article:Carlos Pacheco, Heroes Reborn, marvel, marvel comics
Up Next: