Fans are over the moon for Image Comics’ Two Moons, Rushed Back To Print. 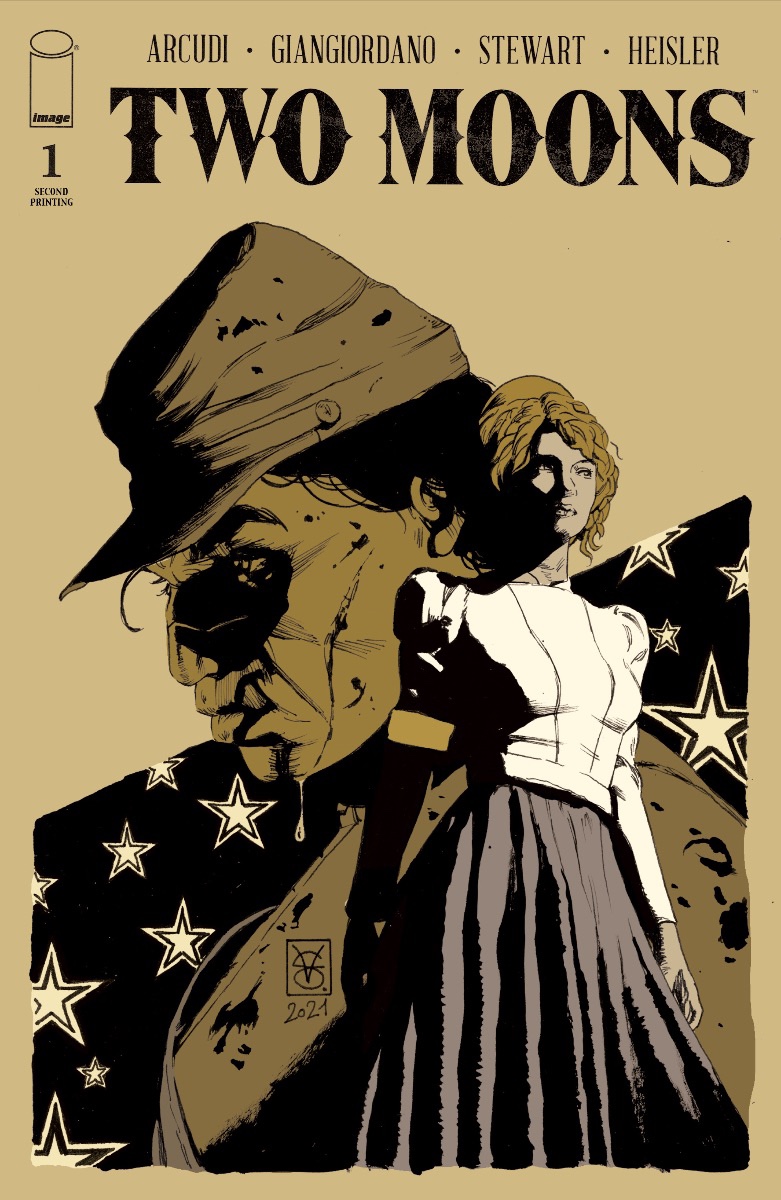 An insatiable hunger for the new shamanic horror story, Two Moons, by John Arcudi and Valerio

Giangiordano has left customers begging for more. Image Comics will rush the hot new series back to print this week in order to keep up with increasing demand.

“Valerio Giangiordano and I have worked so hard on Two Moons these last few months, and to see it this well received is an amazing feeling,” said Arcudi. “And we’ve got a lot more story to tell.”

Giangiordano added: “Ours is very much an ‘out of the box’ story so I expected it would intrigue readers, but to see this large and positive a reception is exciting!”

Two Moons invites readers on the long journey of a young Pawnee man named Virgil Morris—aka Two Moons—fighting for the Union during the Civil War. When he is suddenly confronted with his shamanic roots, he discovers horrors far worse than combat as the ghosts of his past reveal the monstrous evil around him!

Two Moons #1 is also available for purchase across many digital platforms, including Amazon Kindle, Apple Books, comiXology, and Google Play.

In this article:Comic books, image comics, two moons
Up Next:

Nocterra Shines With Instant Sell Out.