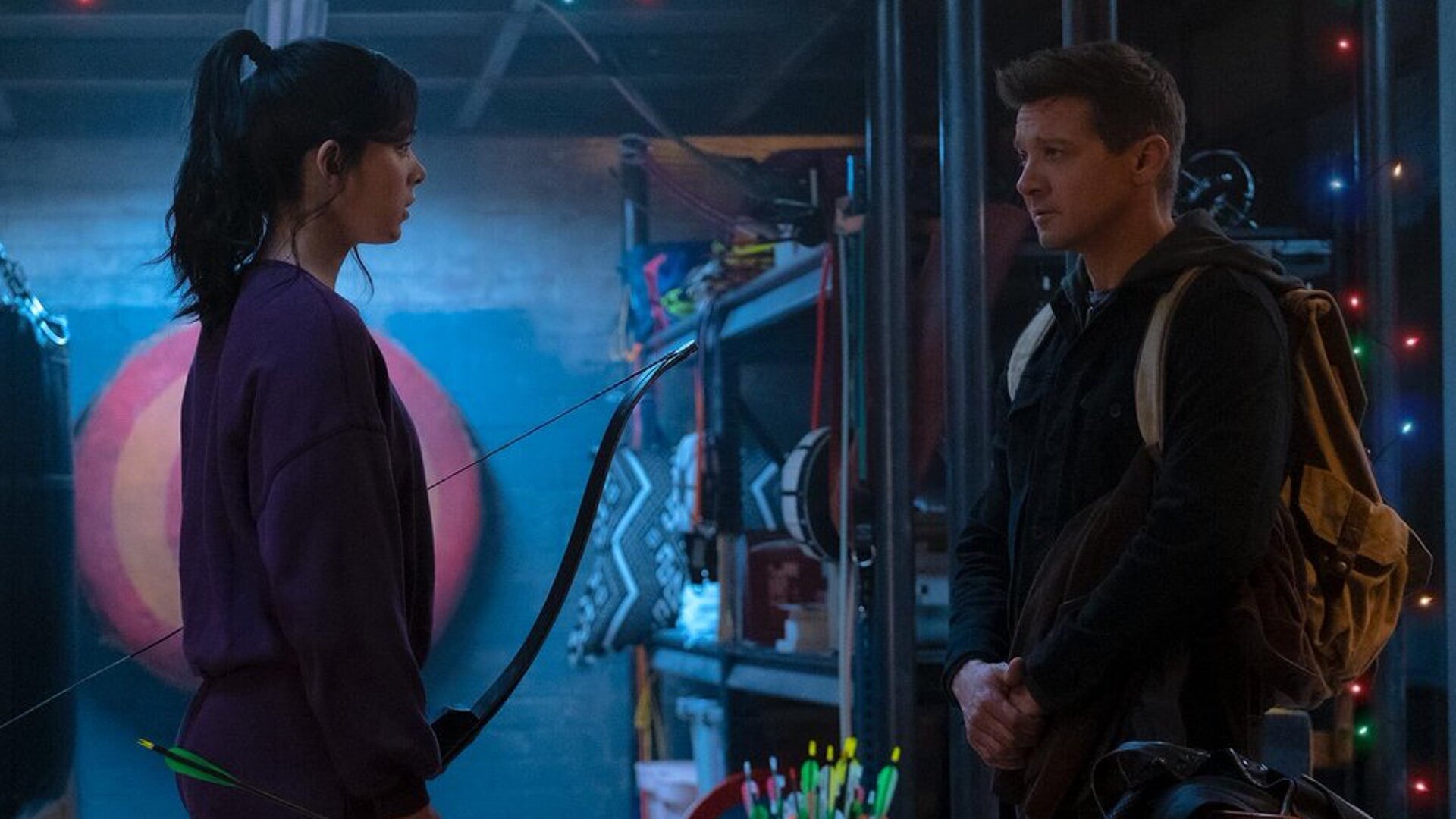 Marvel’s HAWKEYE Gets a First Look Image and Premiere Date.

Marvel’s Hawkeye series is set to premiere on Disney+ on November 24th and thanks to EW we have a a first look photo to share with you. That photo features Jeremy Renner back in the role of Clint Barton, aka Hawkeye, and Hailee Steinfeld, who is playing Kate Bishop.

When talking about Kate Bishop in a recent interview Renner said, “[Kate is] a 22-year-old kid and she’s a big Hawkeye fan. She has a wonderfully annoying and equally charming manner about her, because she’s such a fangirl of Hawkeye. The relationship grows from that, but the biggest problem for Clint is Kate Bishop and the onslaught of problems that she brings into his life.”

He went on to talk about working with Steinfeld on the series saying, “That was always my role. Outside of acting in the thing, I was protecting her and giving her the CliffsNotes on how it goes with this kind of filmmaking: Green screen, superhero life, all that stuff. I just wanted to protect her, because there’s a lot of physical stuff. She’s a wonderful actress, a wonderful human, and I can’t wait to see all the cool stuff that she’s able to do.”

While plot details are being kept hush, hush for the series, we do know that Yelena Belova (Florence Pugh) from Black Widow will be back looking for revenge against Hawkeye as she is made to believe that he is responsible for Natasha’s death.

The show was developed by head writer Jonathan Igla and Troop Zero directors Bert and Bertie, a.k.a. Amber Finlayson (Bert) and Katie Ellwood (Bertie), and Saturday Night Live and Comrade Detective director Rhys Thomas have been hired to helm some episodes of the upcoming Disney+ Hawkeye series.