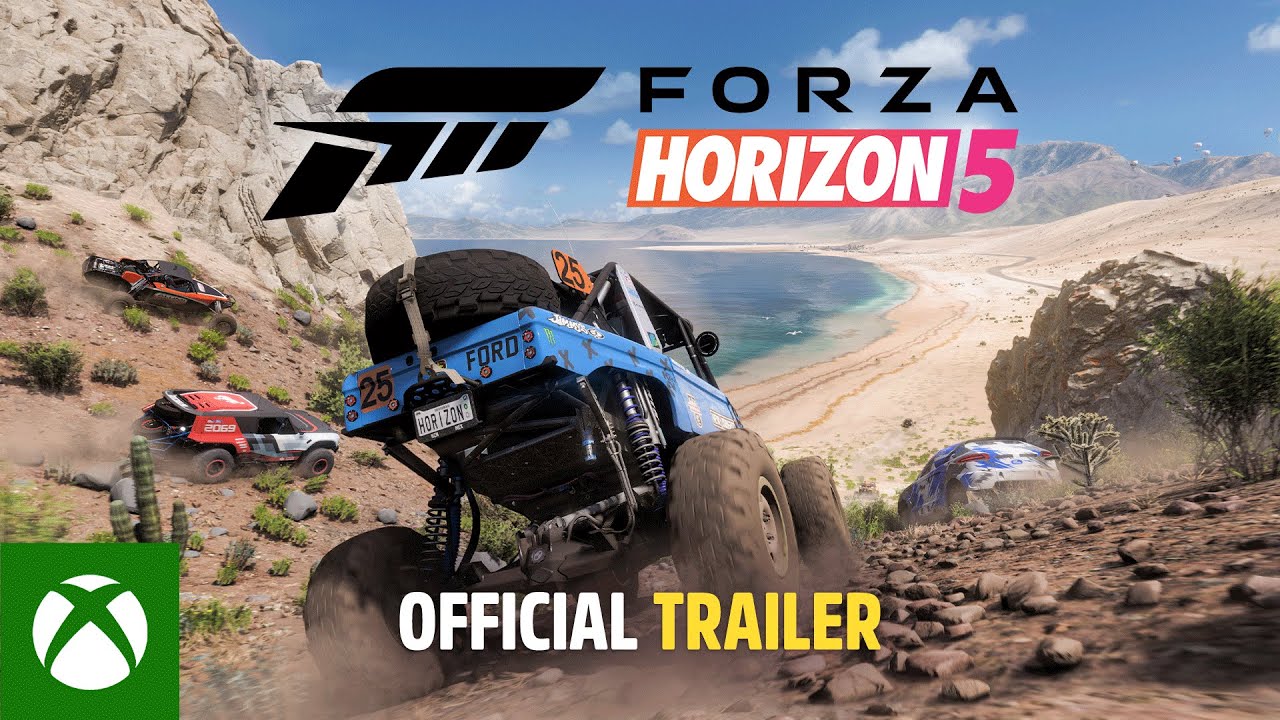 The new Forza Horizon 5 takes players to Mexico this November as revealed in its new trailer.

During today’s Xbox Showcase at E3 2021, Playground Games revealed Forza Horizon 5, the next installment in its popular open-world racing franchise.

Forza Horizon 5 is headed to Mexico. Playground Games says this game features the largest, most diverse open world in series history. The studio touts the power of the Xbox Series X/S consoles as being so powerful that they can render every last, tiny detail in the world, right down to individual needles on cacti. Playground says its interpretation of Mexico is “honest, authentic, and filled with love.” We see that as players speed through idyllic seaside towns, discover scenic waterfalls, barrel down desert highways, and race along rocky volcanoes. Playground Games used special HDR cameras to capture real footage of Mexican skies in a stunning 12K resolution. The photorealistic skies made possible by Xbox Series X/S results in dynamic lighting for more immersive visuals and a new volumetric lighting system that accurately captures the humidity of settings like rainforests.

You can see the announcement trailer below.

The gameplay demo during the Xbox Showcase showed Expedition, a new racing game mode where you explore new locations and find places where the Horizon festival can expand. In the Expedition gameplay demo, two players are following a river towards some ruins. After dodging some flamingos, the duo arrives at some impressive Mayan ruins – the ancient city of Uxmal. While that portion of the demo ends upon the players’ arrival in Uxmal, the video cuts to other players in the vast Mexican open world. Thanks to the power of the new consoles and the Xbox infrastructure, all of the speedsters you encounter are real players.

Forza Horizon 5 also uses a new A.I. system that tracks your play and suggests activities you like. In one sequence, a player is starting a minigame, so it prompts that player to invite another player in the session who has a penchant for minigames. Once the player accepts the invite, the two players are seamlessly linked together and their GPS routes update. The minigame brings several players together in the session for a game called Piñata Pop, where players must smash through piñatas dropped from a cargo plane onto the ground. If that’s not over the top enough for you, Forza Horizon 5 also includes Events Lab, a new mode that lets you create your own races, game modes, and gameplay experiences. In the gameplay demo shown, players are driving around a stadium to knock down bowling pins, use giant fans to fly to new platforms, and perform stunts like barrel rolls.

You can see the full gameplay demo below.

Forza Horizon 5 arrives on Xbox Series X/S, Xbox One, and PC on November 9. It will be available on Xbox Game Pass on day one.