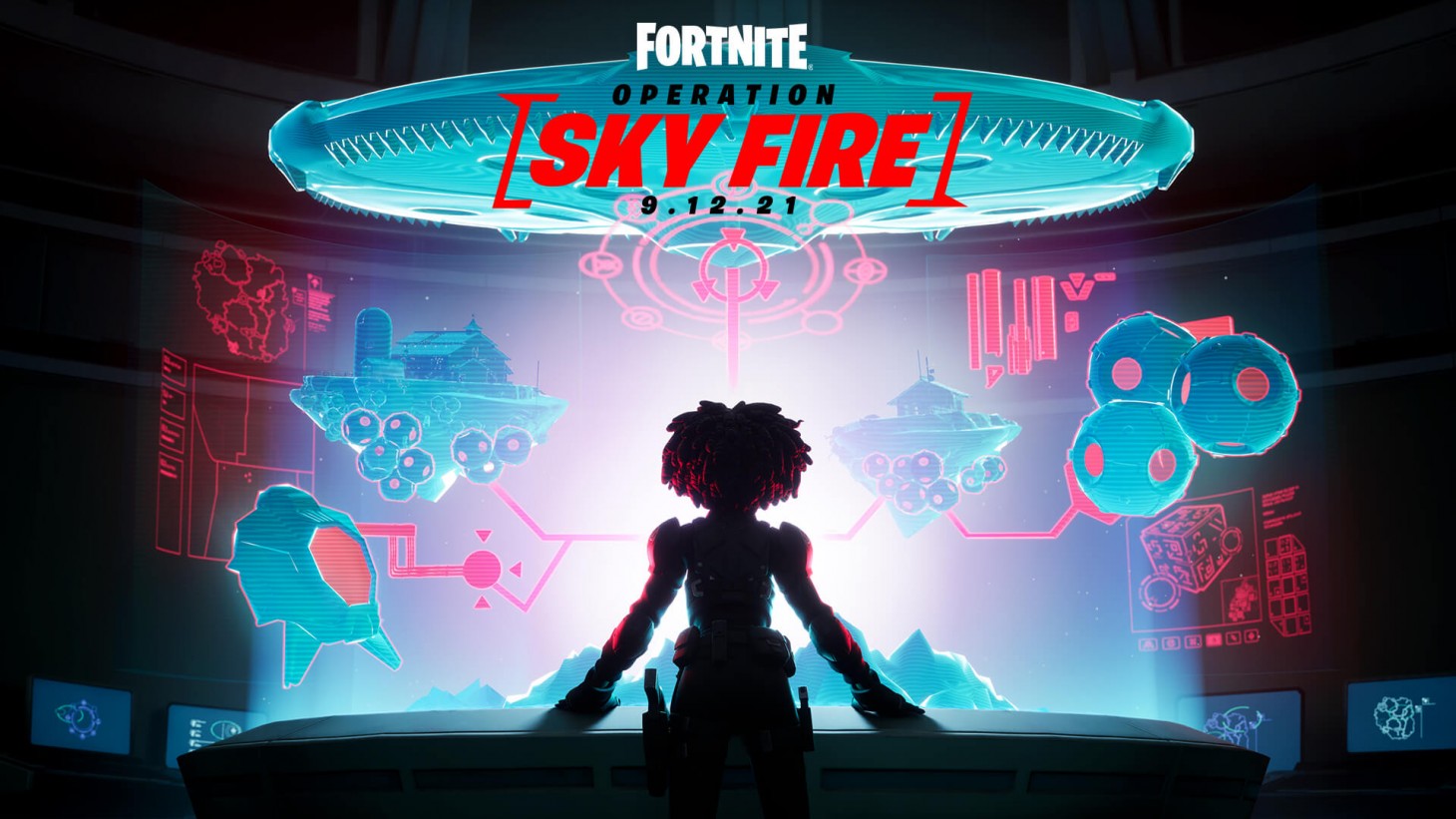 Fortnite is notorious for ending its seasons with a bang and this season finale should be no different. Fortnite Chapter 2 Season 7 has focused heavily on aliens, so the final blowout will be Operation: Sky Fire, one final mission against invaders.

“With the Mothership’s sights set on the Imagined Order’s secret base at Corny Complex, Slone has hatched a plan to end the Invasion once and for all,” says Epic Games about the upcoming season-ender. “You’ve answered her calls, worked as an undercover agent for the IO – now it’s time to infiltrate The Last Reality and put a stop to the Alien’s occupation.”

It’s all going down at 4 p.m. ET on September 12, challenging players of the battle royale to sneak aboard the mothership to send one last message: “Stop it, please.” Just kidding, that’s not the message, but if it’s anything like previous seasonal enders, it’s sure to be a wild ride.

Epic asks players to join the servers about 30 minutes before the start time so that everyone that wants to take part, can. Those interested can join the ending of season 7 with up to 16 friends, which should ensure that nobody gets shot in the dome for trying to stop the aliens.

As we inch towards the conclusion of season 7, it’s not too late to end on a personal bang. The Bargain Bin Wild Week has begun, offering loot for a special discount alongside a new Legendary Quest that rewards you for spending those Bars. And some more XP for those trying to get as much leveling in as possible before the reset.

“Any unclaimed Battle Stars or Alien Artifacts at the end of Chapter 2 Season 7 will be automatically redeemed for rewards and styles starting with the earliest available unlocks, so if you want to snag a particular option, exchange them now,” added the studio, making sure all are prepped and ready to rock when September 12 rolls around.