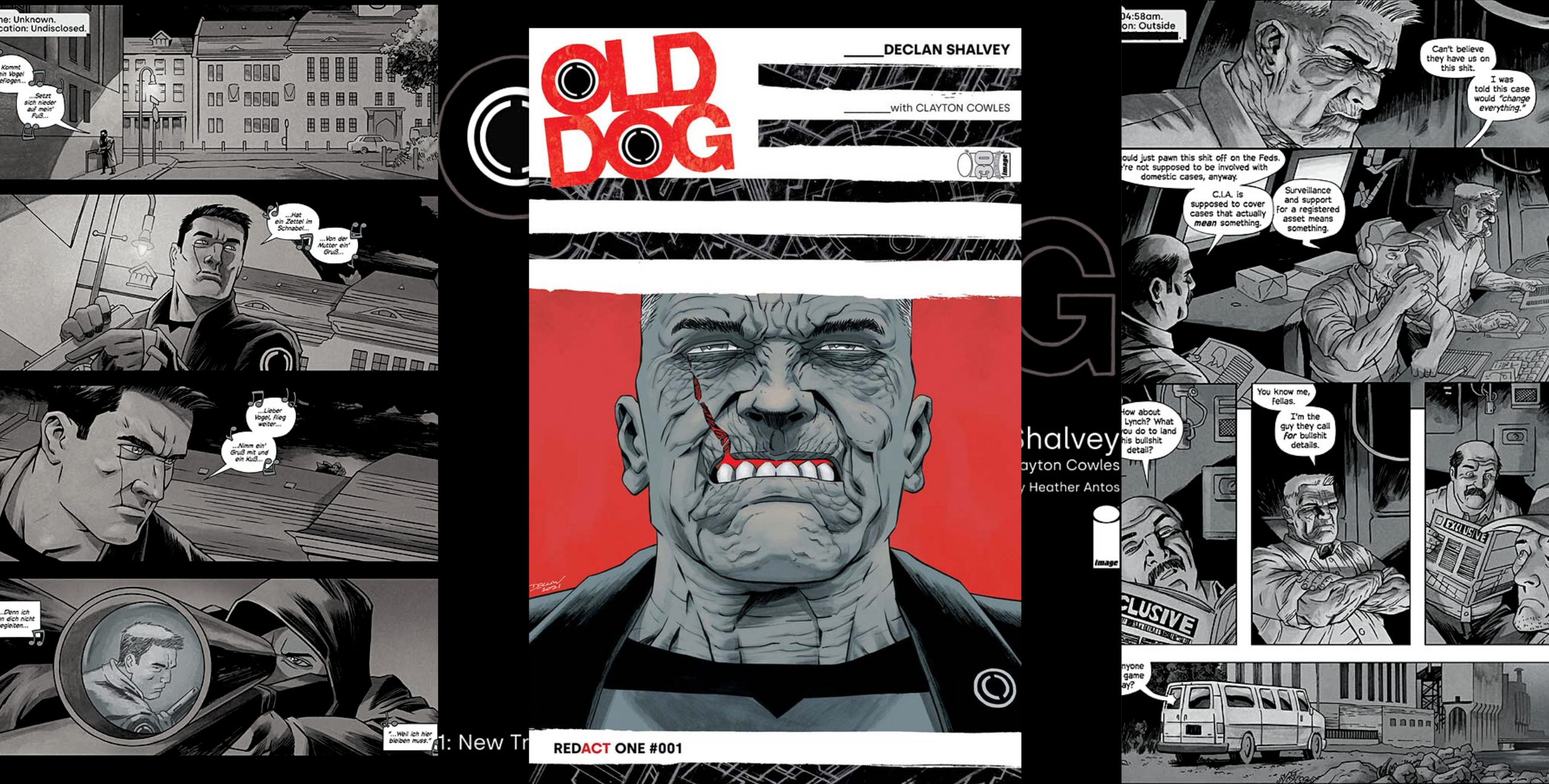 Image Comics has revealed a sneak peek at their upcoming espionage series Old Dog. The series comes from critically-acclaimed creator Declan Shalvey who will take readers on a spy thriller that follows CIA operative Jack Lynch on his final mission before retirement. The mission goes wrong and it sets Jack on a new adventure he never imagined.

“Old Dog follows Jack Lynch—once-promising CIA operative, soon-to-be retiree—who is tasked with one final mission… and that mission goes horribly wrong. He wakes years later to a changed world and deeper changes within him. When a shadow group offers Lynch a second chance at a life of adventure, he’s paired with the last person he could ever imagine. In order to adjust, this old dog will have to learn some new tricks…”

Shalvey shares his excitement over the series that he is single-handedly providing the script, art, colors, and designs for, saying:

“I’m excited to finally let Old Dog off his leash this August. I’m putting everything I have into this initial 6-issue ‘Redact’—all written, drawn, coloured, and designed by myself. I’m making sure this is the best-looking book I’ve ever drawn, down to the lovely card-stock cover.

For me, Old Dog is a return to the bold, moody, action-packed storytelling I enjoy, each issue detailing a new adventure and opportunity to draw something cooler than the chapter before. I’m aiming to make an event-book with this, and ye’re all invited to come along.”

Old Dog #1 will be available at your favorite local comic shop and digitally on August 24th, 2022. Check out the sneak peek below: