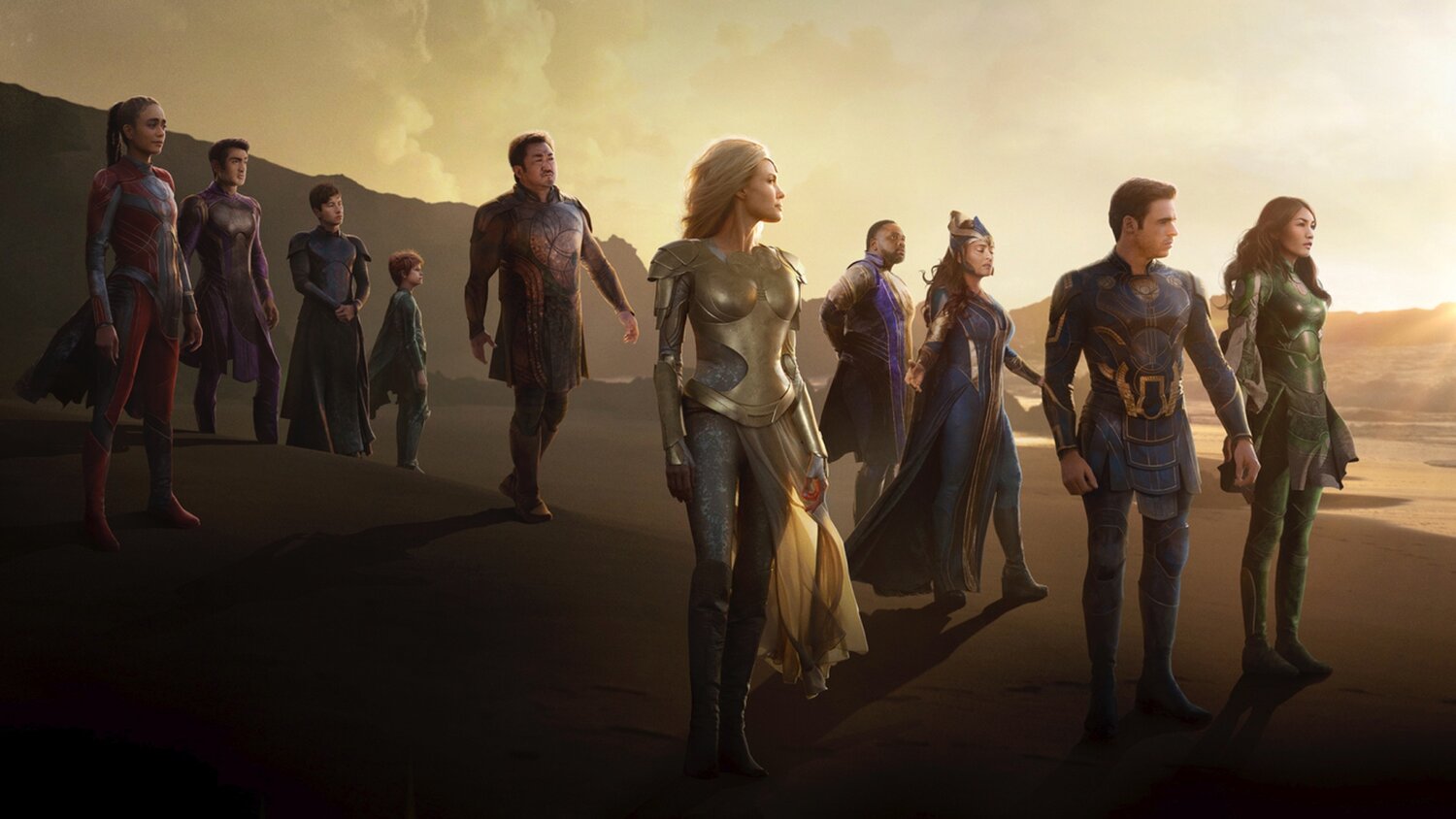 Marvel Studios unleashed a wickedly cool trailer for the upcoming film Eternals. It also offers insight into why these characters are here now, after the events of Avengers: Endgame. Get ready Marvel fans, this one is going to rock the house!

The story follows a group of heroes from beyond the stars who had protected the Earth since the dawn of man. When monstrous creatures called the Deviants, long thought lost to history, mysteriously return, the Eternals are forced to reunite in order to defend humanity once again.

The impressive cast for the film includes Gemma Chan as humankind-loving Sersi, Richard Madden as the all-powerful Ikaris, Kumail Nanjiani as cosmic-powered Kingo, Lia McHugh as the eternally young, old-soul Sprite, Brian Tyree Henry as the intelligent inventor Phastos, Lauren Ridloff as the super-fast Makkari, Barry Keoghan as aloof loner Druig, Don Lee as the powerful Gilgamesh, with Kit Harington as Dane Whitman, with Salma Hayek as the wise and spiritual leader Ajak, and Angelina Jolie as the fierce warrior Thena.

The movie is directed by Chloé Zhao directs the film, with Kevin Feige producing. Marvel Studios’ Eternals opens in theaters on November 5th.