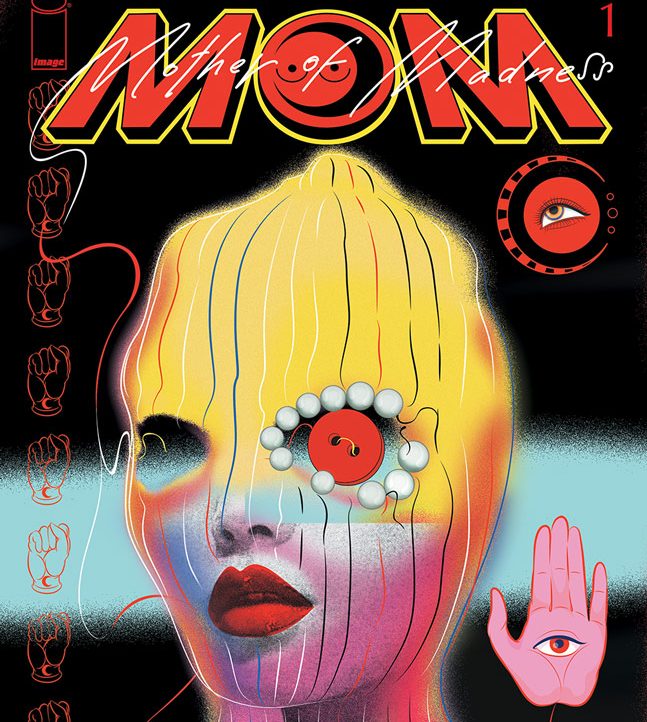 Multiple Emmy award-nominated actress Emilia Clarke(Game of Thrones, Me Before You) will debut her first comic book series—the forthcoming M.O.M.: Mother of Madness—at Image Comics this July. This new, three-issue superhero series will be co-written by the GLAAD Media Award-nominated Marguerite Bennett (Josie and the Pussycats, Angela) with art by Leila Leiz (Horde).

In M.O.M.: Mother of Madness, the mayhem begins with Maya, under-the-weather scientist by day, over-the-top superhero by night, and badass single mom 24/7.

“We’re always calling mothers superheroes, and I’m like, what if they were? What if they legitimately were superheroes?” said Clarke in an exclusive scoop on the announcement with Entertainment Weekly. “Maya has had a very hard life, and she finds herself in a place where everything that makes her unique, she hates and is ashamed about. It’s only in the discovery of her powers that she finds her true acceptance of who she is.”

Deadpool action collides with Fleabag comedy when Maya activates her freakish superpowers to take on a secret sect of human traffickers.

Each installment of the series will be an extra-length issue filled to the brim with comedy and chaos.

M.O.M.: Mother of Madness #1 will showcase a cover A by Jo Ratcliffe, a renowned artist whose work has been featured by a number of globally recognized brands and magazines including the likes of Vogue UK and Juxtapoz.

The Cover B for this first issue will be provided by Eisner award winning Jen Bartel, whose clients have included such global brands as Netflix, MONDO, Adidas, LucasFilms, and more.

M.O.M.: Mother of Madness #1 will also be available for purchase across many digital platforms, including Amazon Kindle, Apple Books, comiXology, and Google Play.