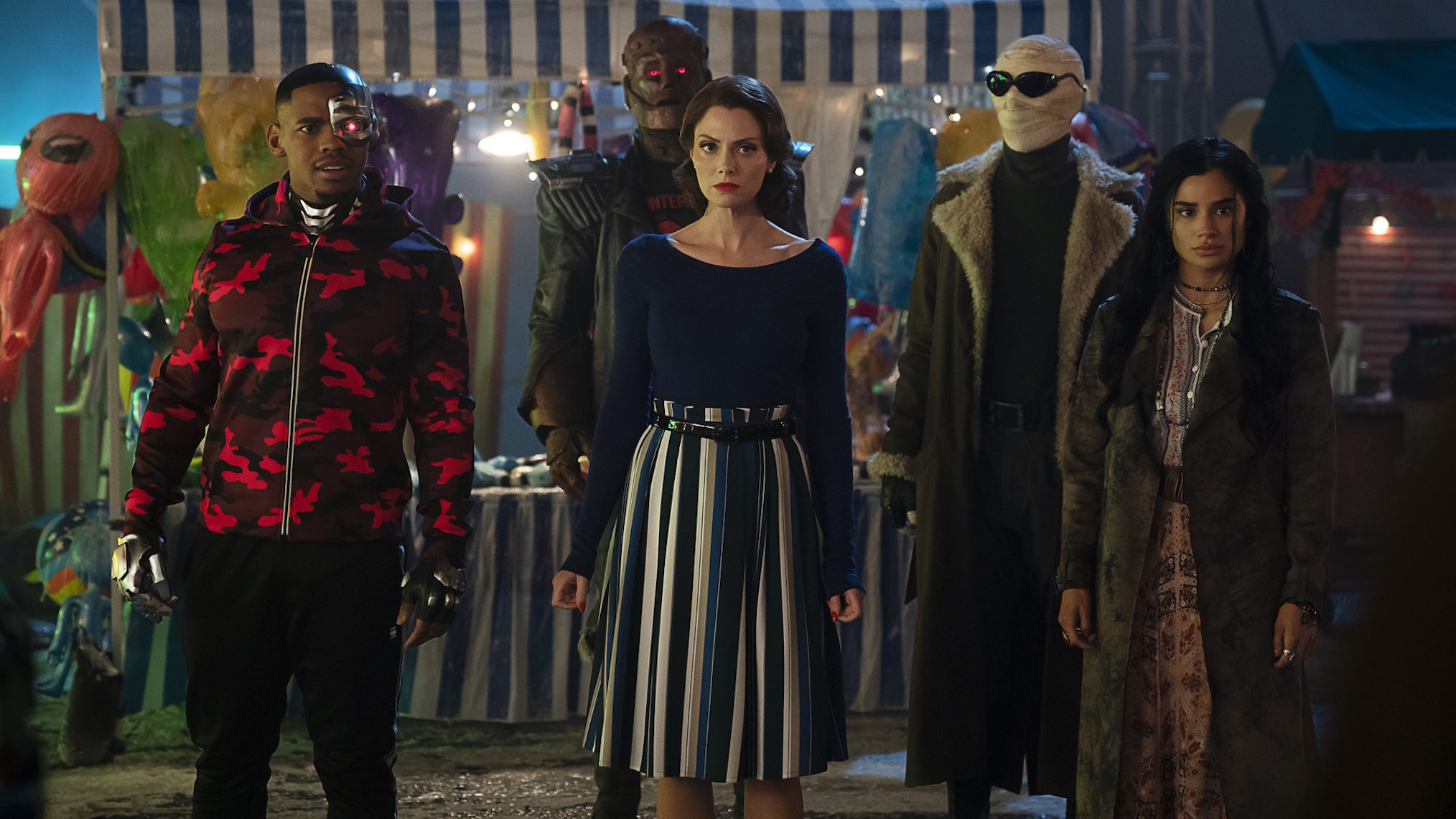 DC’s Doom Patrol series season 3 is on its way! HBO Max has released a teaser trailer for Doom Patrol Season 3 and as you’ll see, “We’re all the way through the looking glass now.”

The synopsis for Season 3 reads:

Last seen at a decrepit amusement park where Chief (Timothy Dalton) witnessed his metahuman daughter, Dorothy (Abigail Shapiro) engaged in a fiery face-off with “The Candlemaker,” an ancient evil deity who will stop at nothing to fulfill his world-ending destiny, join the Doom Patrol for an action-packed third season.

The series stars Brendan Fraser as Cliff Steele, Matt Bomer as Larry Trainor aka Negative Man, Timothy Dalton as Niles Caulder aka the Chief, Diane Guerrero as Jane aka Crazy Jane, April Bowlby as Rita Farr aka Elasti-Woman, and Joivan Wade as Victor Stone aka Cyborg. Michelle Gomez is set to take on the role of Madame Rouge, “a complicated and electrifying eccentric who arrives at Doom Manor with a very specific mission if only she could remember it.”