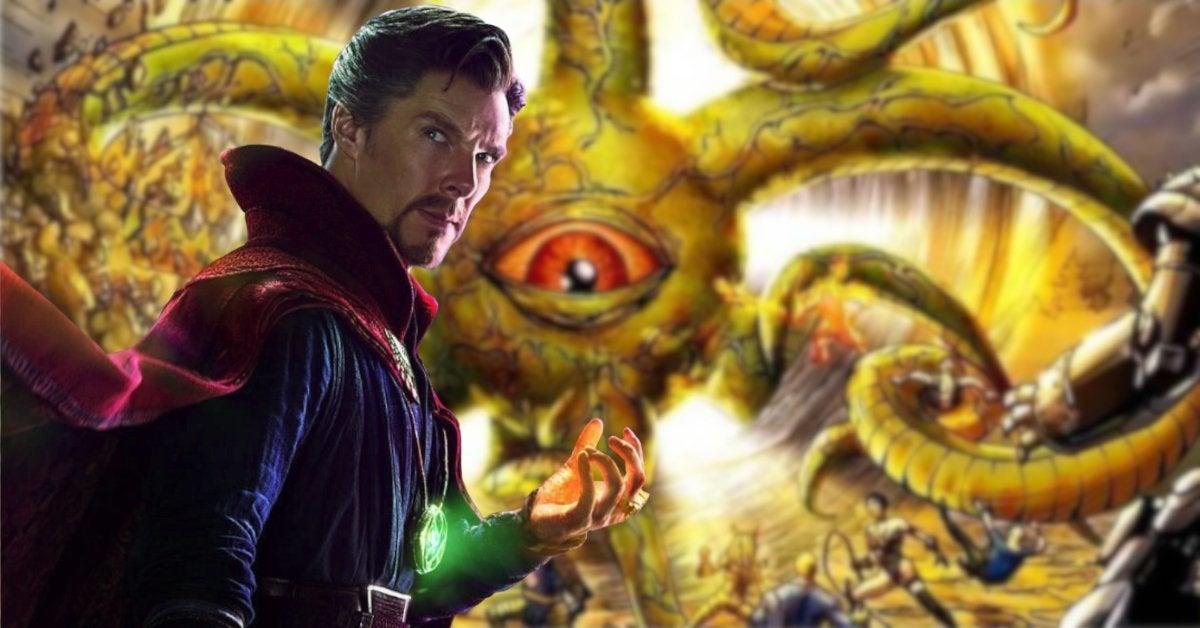 Some Doctor Strange in the Multiverse of Madness merchandise has been revealed and it could have led to a leak of who the villains and heroes appearing in the film might be. A licensed adult coloring pad and puzzle seems to show Doctor Strange battling the interdimensional villain Shuma-Gorath. In the puzzle, we also see what appears to be the first image of Xochitl Gomez‘s Miss America.

Created by Steve Englehart and Frank Brunner, Shuma-Gorath showed up for the first time in 1973’s Marvel Premiere #10. The creature is an ancient force of chaos that cannot be truly destroyed, only banished to its original dimension.

The image of the puzzle was found on the pre-order page of Booktopia and features what appears to be Benedict Cumberbatch as Doctor Strange fighting alongside Benedict Wong‘s Wong, Elizabeth Olsen‘s Scarlet Witch, and the previously mentioned Gomez as Miss America.

The film will be directed by Sam Raimi working off a screenplay written by Jade Batlett and Michael Waldron. We haven’t gotten much information on the film as of yet, but we do already know Olsen will reprise her role of Scarlet Witch in the film indicating a connection to WandaVisioni. Before we get to see Doctor Strange in action for his sequel film, we will next see him in Tom Holland‘s Spider-Man: No Way Home which from what we have seen so far is set to mess with reality as well. The Multiverse is here and in full effect and whatever is bound to happen, we are going to be getting some hell of an entertaining amount of things happening in the MCU and a ton of exciting new faces joining the ranks.

Spider-Man: No Way Home swings into theaters on December 17th, 2021, and after some changes to the upcoming release schedule at Disney, Doctor Strange in the Multiverse of Madness is now slated to conjure up some magic on May 6th, 2022. Check out the cover of the merchandise below: