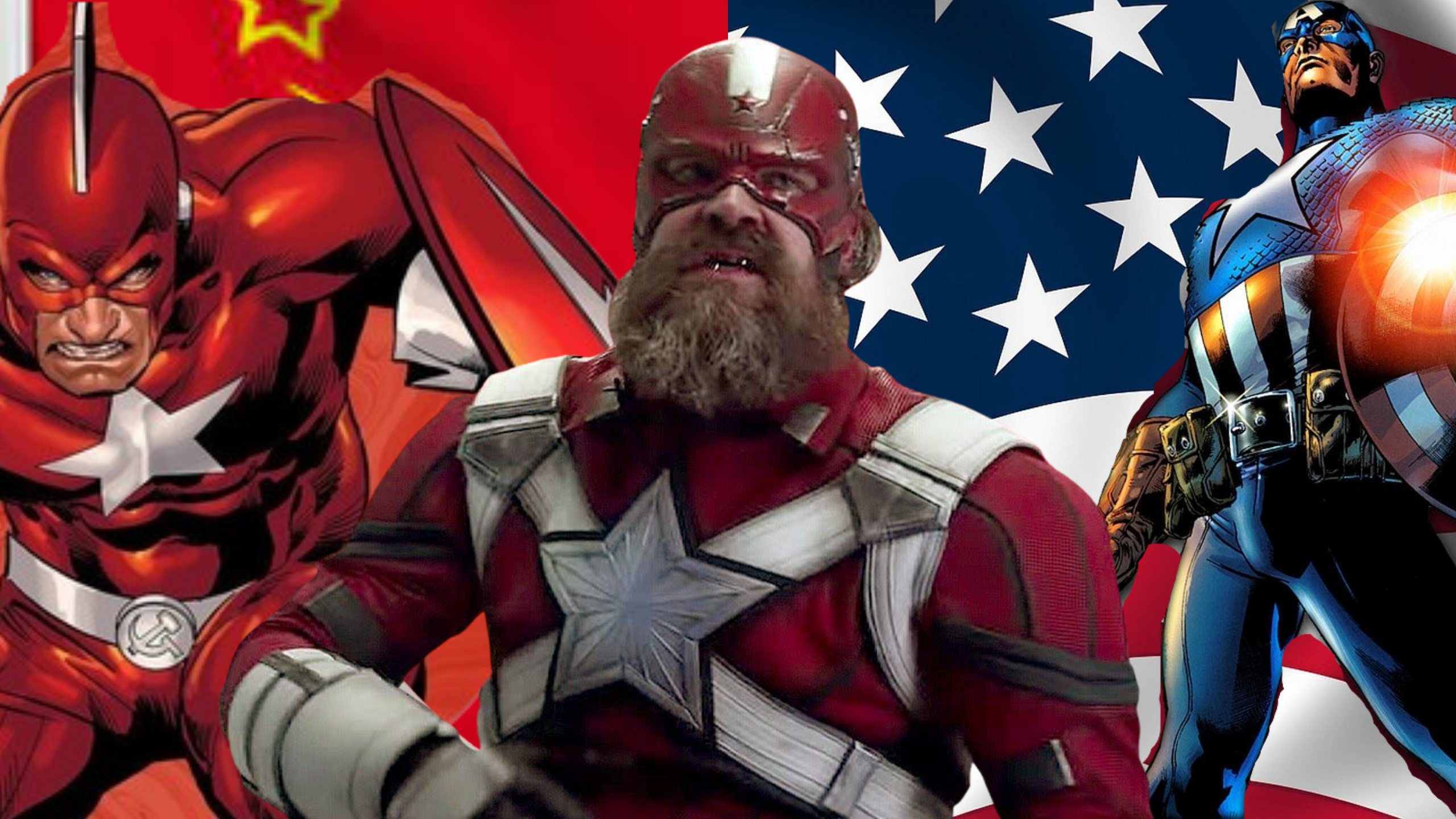 Their history in the MCU is a mystery to us as of now, but we expect these questions to be answered when the film premieres. Some gaps are not going to be explored and Harbour thinks this is an opportunity to have some fun with Alexei’s storytelling during his prime years as Red Guardian.

“What’s funny about Alexei is you have this big 25 year gap that we don’t know about, right? We see him in Ohio and then we see him in the prison. Even before the prison there was a time when he was the Red Guardian, so he must have put the suit back on.”

Harbour goes on to talk about his character explaining that he likes to build himself up and impress others with big grand stories that may or may not have happened:

“There is this period of time where he talks about, he has all these stories about his life and about what went on, and they are questionable whether or not they’re real. And I like the act of what is real and what isn’t real and how hard he had to construct these realities for himself and how durable those realities are.”

He then goes on to tease that one of these stories could be Red Guardian’s clash with Captain America. The actor believes there’s a lot of fun and potential with exploring these two characters had they ended up facing off with each other during the Cold War:

“I do think that the classic Cold War thing is a really fun and funny dynamic between these two guys. The fact that they basically came up as nuclear warheads like in an arms race together. I think it’s just a really great concept that could be explored further.”

As great as that sounds, we do know that Rogers was sitting in his ice bath during the Cold War, but there’s certainly plenty of characters that could have faced off against the Red Guardian during that time.

There’s also a possibility that Red Guardian could meet Sam Wilson’s Captain America, and when asked about a possible team-up between the two, Harbour said:

“I don’t know if it’s team up with but I really love the Falcon character. I love Anthony Mackie just as an actor too. And now that he’s wearing the Cap suit and everything, and the amount of complexity that Alexei has with Cap in general — whoever wears the suit, he hates that guy.”

Nobody outside the round table of Marvel knows what could possibly be in the future for Red Guardian outside of the Black Widow film, but Harbour seems to be open to suiting up again and an origin story, isn’t so far out of the realm of possibility.