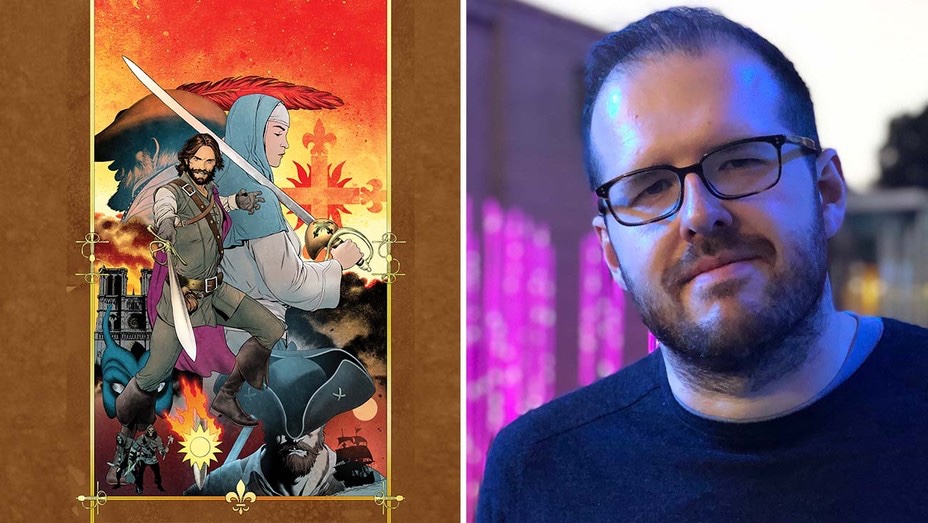 “My greatest passion as a screenwriter is telling old stories in new ways,”

“It’s what I tried to do with Snow White and the Huntsman: take an iconic fairy tale and find some new way into it, updating and revising it for our modern era. That was the goal with Seven Swords as well.”

Daugherty went on to talk about his inspirations as a child, mentioning influences such as

books and films that included Alexandre Dumas’ novel The Three Muskateers, Edmond Rostand’s play Cyrano de Bergerac. Daugherty has revisited some of these for his upcoming project as well as Rob Reiner’s The Princess Bride, which I will add, is one of my favorite novels and films and knowing this has me on board.

“I desperately wanted to tell a story in this genre,”

“and it felt like a mashup of some of the greatest swashbuckling heroes in literature would be a clever way to do it.” Noting that there is an “electric sense of fun and adventure” in those old stories, Daugherty adds that his goal with the comic was to give the series a “slightly darker, more modern edge.”

One oddball but exciting influence that will surprise readers is the John Wick series. Daugherty said:

“I felt like these swashbuckling swords-for-hire were, in a strange way, sort of the mercenaries or hitmen of their era. In fact, as a shorthand, I often describe this series as ‘John Wick with swords.’ “

Daugherty has had tremendous success in films with credits that include Snow White and the Huntsman, Divergent, Teenage Mutant Ninja Turtles and the most recent adaptation of Tomb Raider. With all this in mind he still has summoned comics for source material on his upcoming venture, citing, Alan Moore’s League of Extraordinary Gentleman

Behold, The Future of Mutantkind in Planet-Size X-Men #1