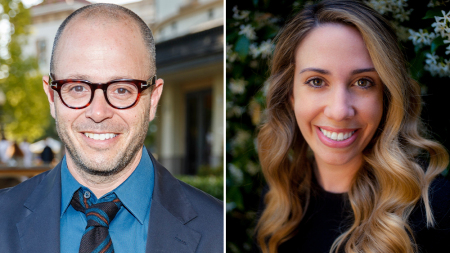 Damon Lindelof has jumped on board a new drama series project being produced for Peacock titled Mrs. Davis.

Writer Tara Hernandez has also jumped on board and will be co-writing the series along with Lindelof. Hernandez will also serve as showrunner.

There aren’t any story details to share at the moment, but we do know it will be a ten-episode series, the series is described as “an exploration of faith versus technology and an epic battle of biblical and binary proportions.”

Hernandez said in a statement, “In a year that has felt totally surreal, partnering with Damon to craft the world of Mrs. Davis truly takes the cake. To have the support of Warner Bros., who championed our vision from the beginning, and to now have the perfect home at Peacock alongside Susan [Rovner], Lisa [Katz], and the rest of their incredible team — I am at a loss for words. I promise to find them as we bring this wonderfully weird story to life.”

Lindelof added, “Tara Hernandez is an astonishingly original talent. Talking about Mrs. Davis with her was one of the few things that kept me sane through the pandemic… I can’t wait for the world to be introduced to both of them.”

Not many details to share for this upcoming series, but Lindelof’s work is something to be enjoyed and Hernandez has done wonderful work on Young Sheldon, so from a creative perspective, the series has tons of potential.