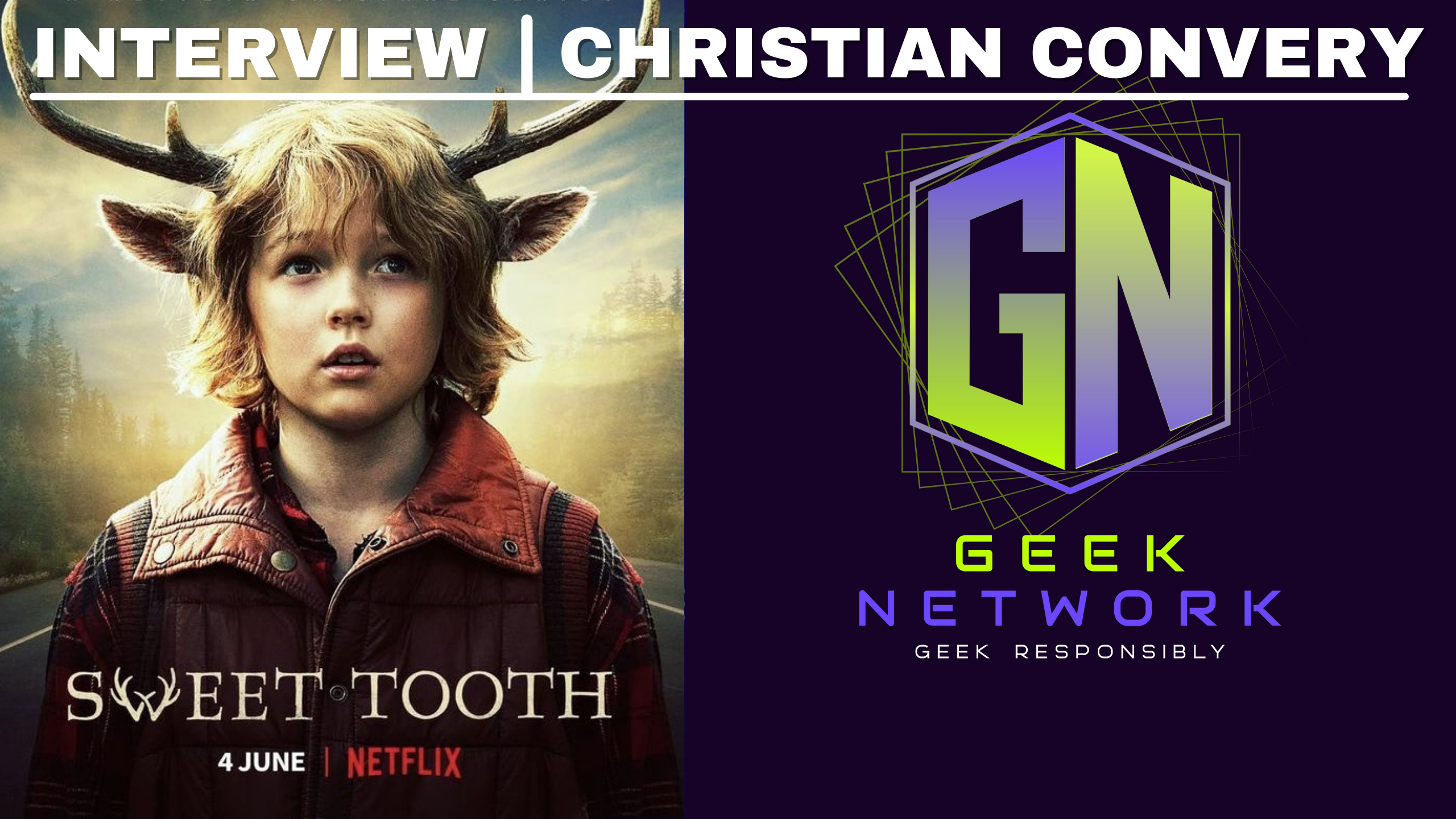 Exclusive: Geek Network had the opportunity to sit down with Christian Convery who is set to star in the role of Gus in the upcoming Netflix adaptation of Sweet Tooth.

Netflix is set to premiere their series adaptation of Sweet Tooth, the comic book series by Jeff Lemire under DC’s Vertigo imprint. The comic series ran from 2009 – 2013 and has been dubbed as “Mad Max meets Bambi.”

The story follows a hybrid deer-boy named Gus (Christian Convery) and a wandering loner named Tommy Jepperd (Nonso Anozie). Together they embark on a wild and dangerous adventure searching for the meaning of home. The new series has a unique and beautiful visual style and the care in the shots is noticeably brilliant from the trailer. Christian his thoughts on what he thinks fans can expect and what his favorite parts of filming were.

Convery will play the role of Gus, a deer-boy hybrid whose kind may hold the key to human survival.

Amanda Burrell President of Team Downey, that produced the series had this to say of Convery and his portrayal of Gus:

“So much of who Gus is was inspired by Christian and his beautiful, nuanced, and hope-filled performance. He’s wise beyond his years but still has the intense curiosity and spirit of adventure of a child. He craved learning everything – about stunts, filmmaking, puppeteering, and especially soaking in all things New Zealand. On set he’s an absolute professional – hard working, kind, playful, and a constant reminder to have fun.”

Burrell also shared her thoughts on Team Downey’s involvement in the adaptation of the series and the outcome of the project saying:

“Team Downey is so grateful that Jeff Lemire entrusted us with his incredible work and that we found the most wonderful partners in Beth Schwartz and Jim Mickle. Jim’s vision became our guiding light – the story had to have emotional impact, genuine stakes, and a sprinkling of tonal magic that is uniquely Sweet Tooth. We are very proud of what was achieved by our entire team, cast, and crew, and are excited to share it with the world.”

Team Downey along with the cast and crew of Sweet Tooth seems to have the formula to send us to that “sweet” dystopian fantasy world that Lemire built and they plan to bring it to life for new and current fans of Sweet Tooth on the small screen. In our short time speaking with Convery, we have no doubt that Convery brought a sort of mystical magic to his role as Gus, as Burrell put it, ” He’s wise beyond his years but still has the intense curiosity and spirit of adventure of a child.”

We won’t have to wait long to enter the world of Sweet Tooth as Netflix is set to premiere the series on June 4, 2021. Listen to our conversation with Convery and if you haven’t seen the trailer, be sure to check it out below: