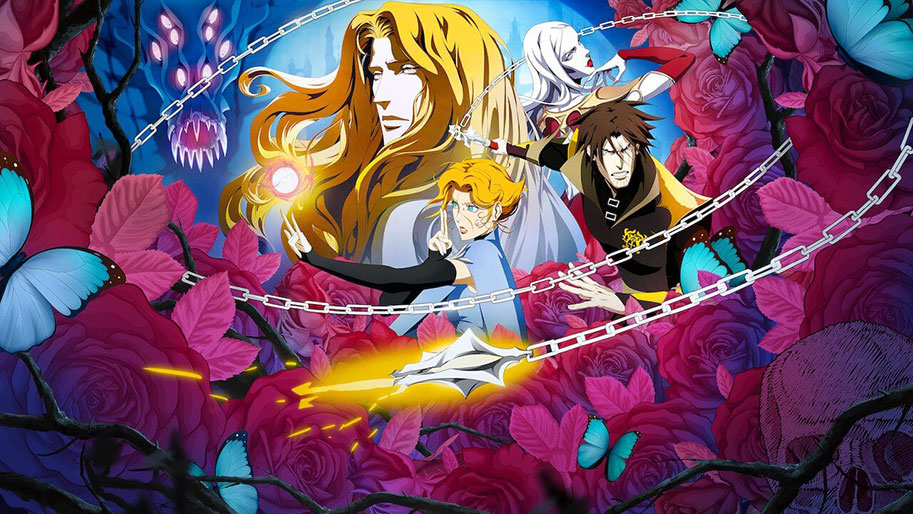 It’s been reported that the upcoming 10-episode fourth season of Netflix’s anime series Castlevania will be it’s last.

Don’t start screaming at gods just yet, it’s been said that Netflix is developing a new series set in the same Castlevania universe featuring an entirely new cast of characters.

Inspired by the classic video game series, Castlevania is a dark medieval fantasy following the last surviving member of the disgraced Belmont clan, trying to save Eastern Europe from extinction at the hand of Vlad Dracula Tepes himself. The animated series is from Frederator Studios, a Wow! Unlimited Media company, written by best-selling author and comic book icon Warren Ellis and executive produced by Warren Ellis, Kevin Kolde, Fred Seibert, and Adi Shankar. Season 2: As Dracula and his legion of vampires prepare to rid the world of humanity’s stain, an unlikely trio of heroes dares to stand in their way.

Despite the doubts surrounding the series when it was announced, it has been a fantastic adaptation that has remained true to the video game lore, with action packed fantasy to enjoy in the animation. Series creator, author and comic book creator Warren Ellis dropped from the public eye after sexual allegations made towards him recently, whether this plays a role in the series coming to an end, we do not know, but there’s no indication he will be involved in any upcoming new projects in the Castlevania universe.