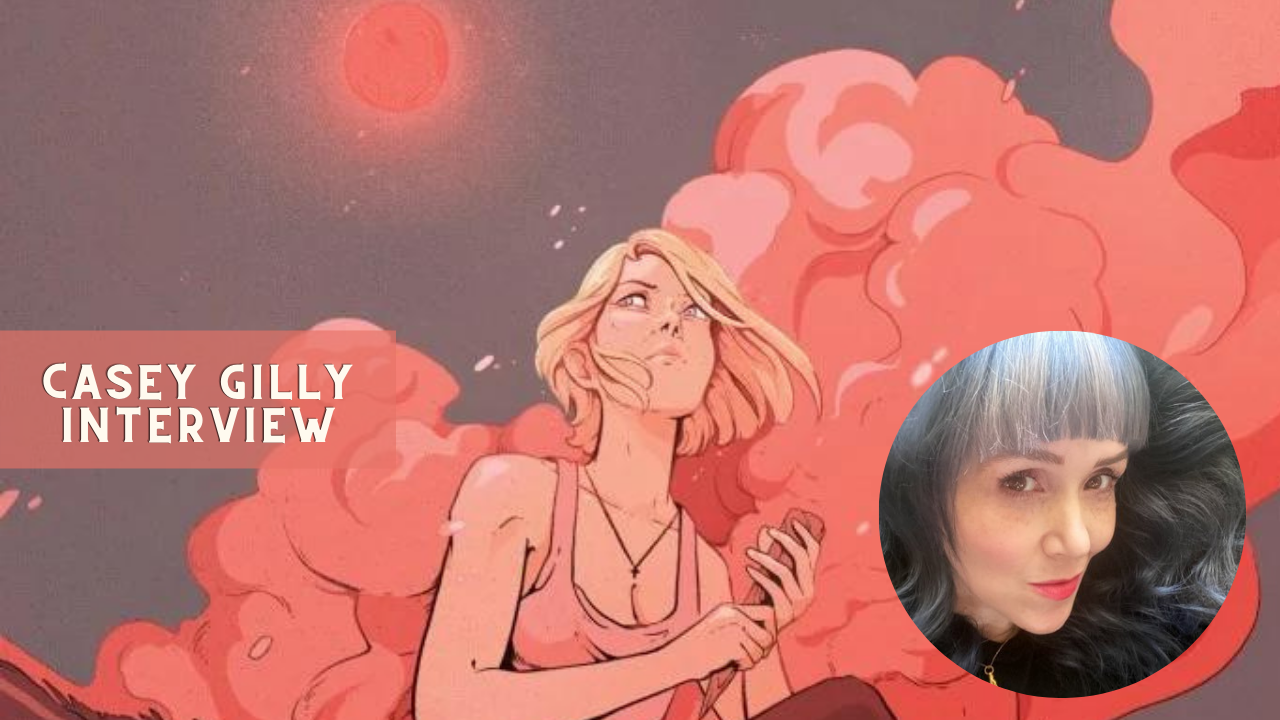 Set to arrive tomorrow, Casey Gilly along with artist Joe Jaro & colorist Joana La Fuente is set to bring the next big adventure in the Buffy-Verse, this time taking us to a functioning dystopian world and a 50-year old Buffy that has seen better days and is still facing challenges, both old and new.

Published by Boom! Studios, the four-issue miniseries is set in an alternate universe that pushes us into a dark future where a “magical catastrophe” presents us the world we see in the premiere issue and the sun has almost entirely blocked out the sun, and this event leading to the death of all of Buffy’s friends and allies along with the end of the line of slayers, this is a different Buffy that what we are used to as she faces her everyday challenges along with new more real threats in isolation, but if you read the official synopsis from Boom, then you know that Buffy is about to meet a young girl who could change all that and could be the key to ending the war against the forces of darkness.

Before we meet this mysterious girl that will enter Buffy’s life in Buffy the Last Vampire Slayer #1 we had the opportunity to meet the writer who is part of the amazing creative team that is putting this twist on the Buffy-Verse. A rising star in the comic book industry, Casey has worked on titles such as YOU DIED: An Anthology of the Afterlife and IDW’s My Little Pony: Generations. Check out the Q&A, covers and be sure to pick up Buffy the Last Vampire Slayer #1 tomorrow!

Thanks for talking to us at Geek Network! Can you tell us a bit about yourself?

Sure! Thank you for reaching out to me!

Well. I’m a 41-year-old comics writer. I just moved to Portland, OR, this year after living in California my entire life. My husband and I got Covid married over Zoom earlier this year and we have a four-year-old son, two cats, and a lot of tropical houseplants. When I’m not writing or working, I’m either watching horror movies, taking care of my indoor greenhouse, or listening to my son describe the invisible people he sees through our floor vent into the basement.

What was the initial reaction when you found out you were going to have a chance to not only bring your talent to the Buffy-Verse but also have the chance to do an original story in an alternate universe?

I absolutely adore my editors, Elizabeth Brie and Gavin Gronenthal, so whatever they would have pitched to me would’ve been an immediate YES. Seriously, I’d work on just about any project they were overseeing. But as a lifelong Buffy fan, the idea of getting to contribute to her world was incredibly exciting.

I was the same age as the Buffy characters when it was originally airing so it was very much a part of my teenage years. Although I hadn’t rewatched the series or movie in ages, I was really pleased to discover that I was still very fluent in Buffy and sunk right into the story.

Seems like Buffy is facing different challenges rather than the everyday vampire and it already seems to have affected her, is this something that’s going to unravel further?

It would be such a boring story if it didn’t unravel further! Buffy is who she is in this story because of her past. Her challenges as a 50-something-year-old woman are naturally different from the ones she was experiencing when we last saw her–both because of how the world has changed and because of how she has changed.

Joe Jaro has done an exquisite job showing how Buffy’s life has shaped her physically. From her clothing to her posture to her physicality and reactions, he has created such a concise, eloquent, way for readers to know exactly who Buffy has become. She is more reserved, more mature, and constantly reacting to existing in a world where she has become invisible, both due to her age and due to her destiny to fight the vampires who are now fully blended into society.

It’s always seemed as Buffy always expected to not be around for the long run, having died multiple times before, what is it like for her to have had to grow up isolated and without friendship?

She didn’t grow up isolated in our story. The isolation is a recent-ish thing. I wanted everything Buffy has experienced to be a somewhat universal human experience. Very few people have the exact same relationship dynamics they did in their late teens and early twenties, so by the time Buffy is in her 50s things have progressed both naturally and unnaturally. She has absolutely experienced loss, but she’s also experienced growing apart from people.

I feel like everyone can think back on how their friendships, even their closest ones, have changed over time. There wasn’t a big falling out or anything–you just forget to reply to a message and the next thing you know, it’s been six months. In a way, it’s even more difficult to contend with and we will see Buffy process it.

Did you find any challenges or difficulty in becoming part of the legacy of an iconic character like Buffy?

Not really! They are easy characters to write and Elizabeth put together an amazing team with Joe, Joana LaFuente (her colors are truly gasp-worthy), and Ed Dukeshire (lettering) so I’ve always felt very confident about creating this story.

I do have moments (long ones) of imposter syndrome where I question if I’m a good enough writer to work on any comic but I combat it by reminding myself that my editors and co-creators tell me when I’m missing the mark.

Well into her 50s and the world in the state that it is, does Buffy still have something to fight for?

Everyone has something to fight for. 50 isn’t old by any means–I’m only 9 years away from it myself and I know I’ll still be actively engaged with the world, pushing for positive change.

Buffy, as an intelligent and socially aware human, is as dissatisfied with the world as any of us are. She knows she has the potential to change things but she also knows that her help is, in many ways, unwelcome. In the immortal words of Kenny Rogers, with age Buffy has learned to pick her battles–she knows when to hold ‘em and knows when to fold ‘em. So while she definitely has personal convictions, she’s still figuring out where she can safely focus her efforts.

We don’t want to reveal too much, but Willow and Tara play a role in your version of the Buffy-Verse. How far does this rabbit hole go? Will we get answers to the reveal at the end of the premiere issue?

I’d be a terrible writer if I gave everyone all of the answers at the end of the first issue! Tara and Willow do make some appearances, but this isn’t their story.

Thanks for sharing with us, anything else you’d like to share with fans about Buffy the Last Vampire Slayer?

Just how much I appreciate y’all reading it! I hope it speaks to every Buffy fan, but I particularly hope the women and other marginalized genders who grew up identifying with her can see some of their experiences in this story. Even though there are vampires and Slayers and fantastical magical elements, at its core, this is the story of what it means for a woman to age in our society. It explores what it means for a woman to be told she is past her prime, that her powers are meaningless, and how she responds to that (false) narrative.

Local comic shops: use comicshoplocator.com to find the nearest one or at the BOOM! Studios webstore. Digital copies can be purchased from content providers, including ComiXology, iBooks, Google Play, and Kindle