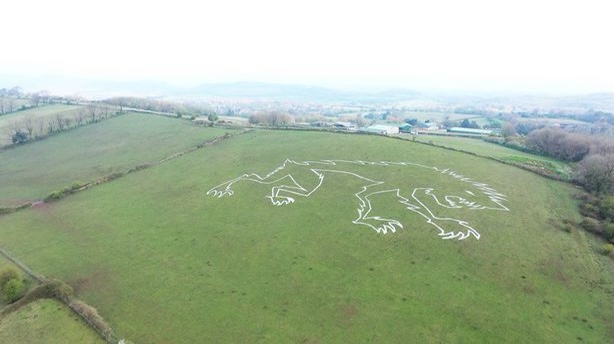 Resident Evil Village has arrived and to celebrate the terror Capcom released on the gaming community they drew a Lycan on the side of a Somerset hillside in Somerset, UK

A humongous piece of artwork appeared in the hills of Somerset and shows off an outline of a Lycan with the Resident Evil Village below.

We’re really lycan this massive piece of chalk artwork that has somehow appeared in the countryside, just in time for the #ResidentEvilVillage launch!

Check out the images below and a nighttime shot of the hillside artwork!