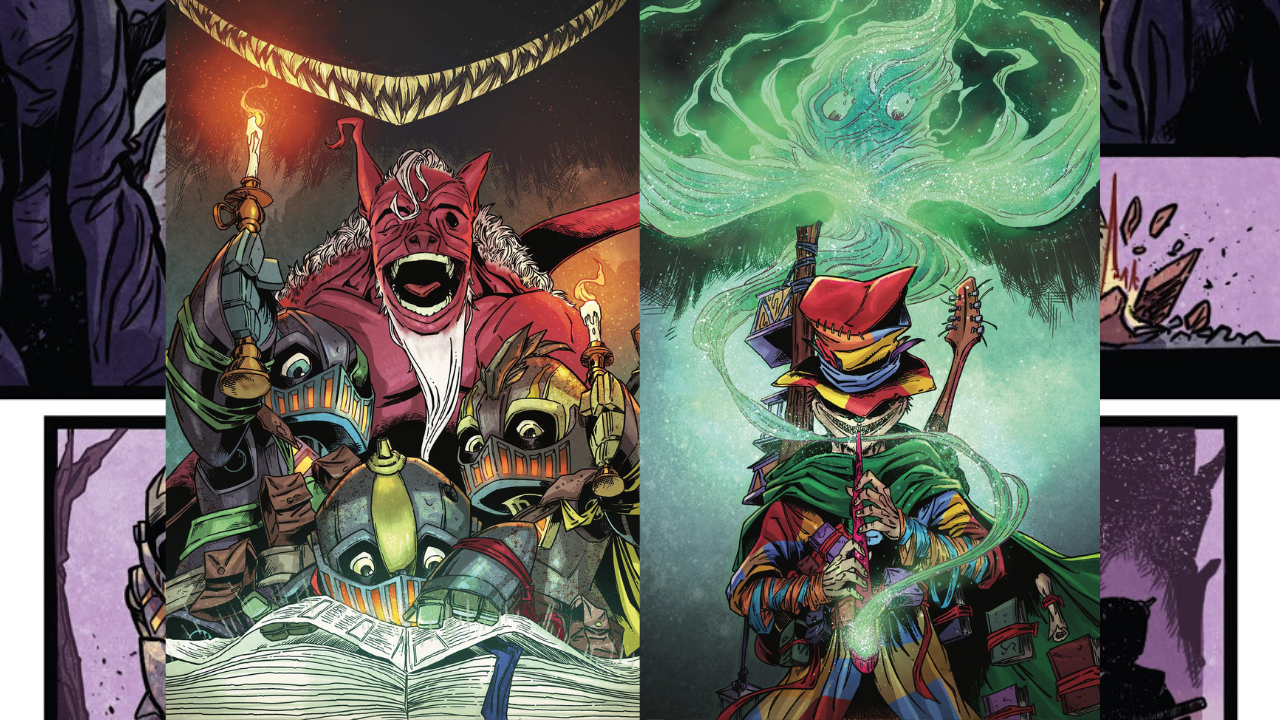 IDW Publishing announced that the fan-favorite series Canto is returning for another side quest in the upcoming miniseries Canto: Tales of the Unnamed World. The two-part miniseries comes from co-creators David M. Booher and Drew Zucker and this time they are joined by guest artists Liana Kangas, Jorge Corona, and Shawn Daley.

Booher has been soaring with title releases that include Firefly, Joe Hill’s Rain, and the beloved Killer Queens. Zucker has brought us a variety of series including the haunting horror series The House, and the IDW series Skybreaker that brought a true western tale to comics in 2014. With the added talent of Kangas (Star Wars Adventures, She Said Destroy), Corona (Middlewest, Batgirl), and Daley (Ogre, Samurai Grandpa) they have an impressive group worthy of taking Canto on his next quest.

The synopsis per the press release reads:

“After his quest into the City of Giants, the lovable knight Canto, his friends Falco and Rikta, and their Malorex mount are returning to New Arcana. But to get home, they must cross a bridge guarded by a mysterious bard. His price? A story he’s never heard in all the Unnamed World.”

Speaking of the previous “mini-adventures” Canto has gone on, Booher said:

“We’ve always had fun going on Canto’s side quests. From Canto & the Clockwork Fairies to Canto & the City of Giants, these mini-adventures give us the chance to explore Canto’s world. With Tales of the Unnamed World, we get to see Liana’s, Jorge’s, and Shawn’s incredible interpretations of Canto’s realm alongside Drew’s amazing framing pages. It’s a thrilling combination that I think readers will love as much as I do.”

Zucker added by discussing what it means to have talented artists getting their hands on some interior artwork:

“We’re so excited to bring Canto: Tales of The Unnamed World to readers. Throughout Canto’s run, David and I have been fortunate enough to have some of the most talented artists do covers for the series, to have some of them play with the actual story is a treat.  We can’t wait to not only share the amazing art but show everyone these exciting stories from Canto’s world.”

Canto: Tales of the Unnamed World #1 will be available at your favorite local comic shop in June 2022, and the epic conclusion for Canto’s journey arrives in Fall 2022 with Canto IV: A Place Like Home. Check out the main covers for issues 1 and 2 below: