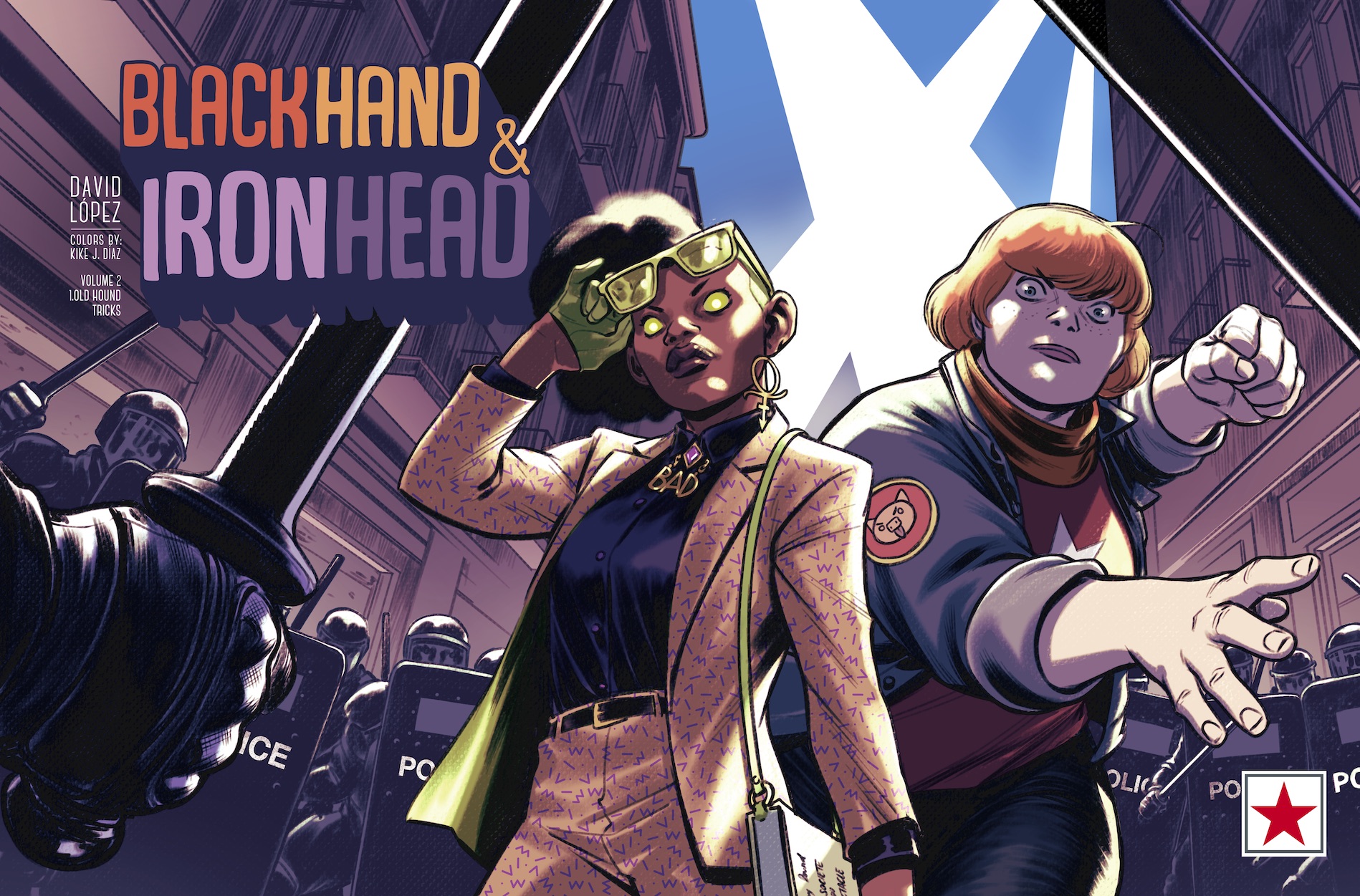 Alexia and Amy, one a heroine, the other a supervillain, meet at their father’s funeral. They inherit THE FOUNDATION, which keeps the unstable superheroic universe under control. Together they end up destroying it when they discover that it’s a cover for lies and corruption. But, along the way, they have aired too much dirty laundry, and they are now the ones being persecuted. Although they should be at each other’s throats, they only have one another. Have they really made the right decision?

“I started publishing comics in Spain in 1998, and I was doing quite alright, but when the chance came of working for Marvel and DC, I couldn’t pass it up,” said David López. “Then after 15 years, something was missing. I felt the need to tell my own stories, like BlackHand & IronHead, because Amy and Alexia were already living in my notebooks.

There were so many things I wanted to tell readers—that you can be whatever you want, that we are all rational beings able to discern good from evil and willing to do the right thing. I felt that superhero comics were far too centered in themselves and sacred continuities, that I almost forgot that there are other cool genres, such as YA, where you can tell a sister comedy like this, where, apart from the superpowers, these girls’ family is like everybody else’s—full of secrets and things untold, the stories that your grandma tells you once you’re old enough to know.

I chose Panel Syndicate because they gave me the liberty I needed, all the liberty there is—it establishes a very horizontal relationship with the reader and the creator. This liberty has forced me to relearn all the tricks of the trade, it’s taught me not to compromise my creativity, and has deconstructed myself as an artist, only to find that I’m a better cartoonist than ever.”

BlackHand & IronHeadcelebrates the difficulties of being a real teenager—diversity, body differences and positivity—while introducing readers to young and empowered characters who learn to know and love their families as people, and not just as parental figures or siblings.

Volume 1 of the series was released by Image Comics in September 2020. BlackHand & IronHead, Vol. 2, #1 is out May 12th, on Panel Syndicate!