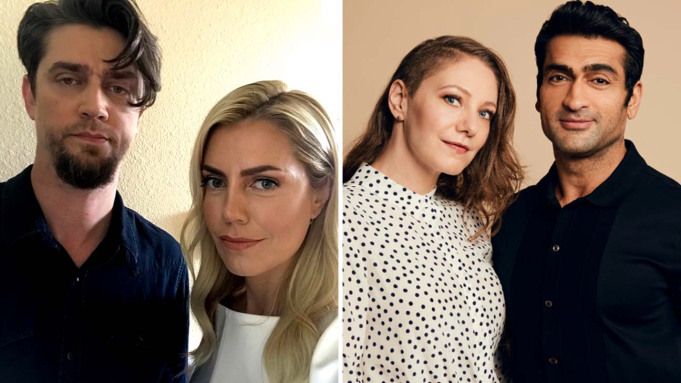 Director Andy Muschietti (It) is teaming up with comedian Kumail Nanjiani for a new film project that’s been set up at Amblin Entertainment titled The Doubtful Guest.

Guest was published in 1957 and was the third book by Edward Gorey, a writer, and artist who rose to prominence in the mid-20th century for his vaguely creepy stories that had Victorian and Edwardian settings. Gorey reportedly intended the book to be for children, but his publisher released it for adults.

The description of the book reads:

The doubtful guest shows up unannounced and unwelcome, yet its presence is accepted after only a brief interlude of screaming. The staid, pale, Victorian inhabitants of the mansion alternately stare and glare at the doubtful guest as it tears out whole chapters from books, peels the soles of its white canvas shoes, and broods while lying on the floor (“inconveniently close to the drawing-room door”). Strangely, or rather, typically, as this is a Gorey book, the stymied occupants never ask the guest to leave–and in 17 years it has still “shown no intention of going away.”

The short, 14-page story tells of a penguin-like creature whose unannounced and unwelcome arrival at a family’s manor brings trouble and chaos. It is unclear how the filmmakers plan on expanding the book or closing the tome’s open ending.

Muschietti is set to direct the film from a script written by The Big Sick scribe Emily V. Gordon. Nanjiani is attached to star in the film, and Barbara Muschietti and her brother Andy will produce through their newly-launched production company Double Dream.

New Video Games to Look Out for May 2021