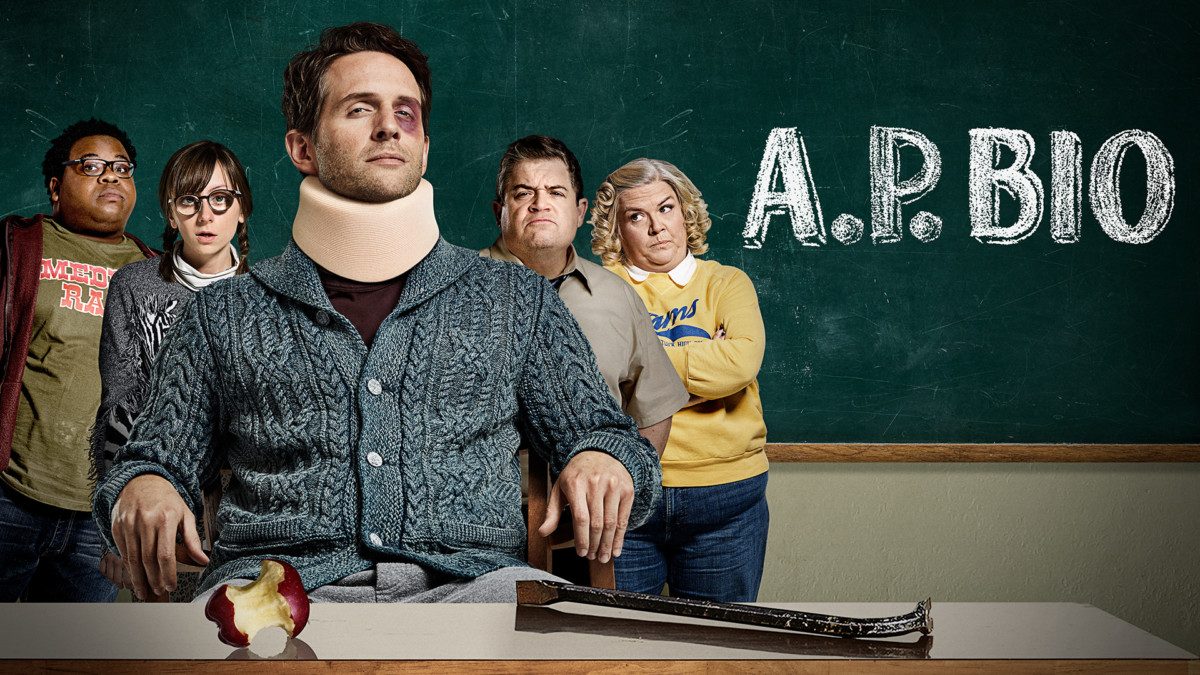 Peacock has released the first trailer for its comedy series A.P. Bio Season 4 and it offers our first look at Bruce Campbell in the series.

The series stars Glenn Howerton (Always Sunny in Philadelphia) as Jack Griffin, a disgraced Harvard philosophy scholar who, “after losing out on his dream job, is forced to return to Toledo, Ohio, and work as a high school Advanced Placement biology teacher. As he comes crashing into Whitlock High School, Jack makes it absolutely clear he will not be teaching any biology. Realizing he has a room full of honor roll students at his disposal, Jack decides instead to use the kids for his own benefit, while Principal Durbin (Patton Oswalt) struggles to control the force of nature that is Jack Griffin.”

The series originally aired on NBC, but they ended up canceling it after two seasons. Not long after that, Peacock ended up picking up the show for a third season and it was then renewed for a fourth. The series also stars Mary Sohn, Lyric Lewis, Jean Villepique, and Paula Pell.

Bruce Campbell also joined the new season and he is taking on the role of John Griffin, the absent father of Jack Griffin. One of the story arcs of the season will follow John with hopes of reconnecting with his adult son after having a spiritual awakening.

A.P. Bio season 4 consists of eight episodes and they will all drop on Peacock on September 2.