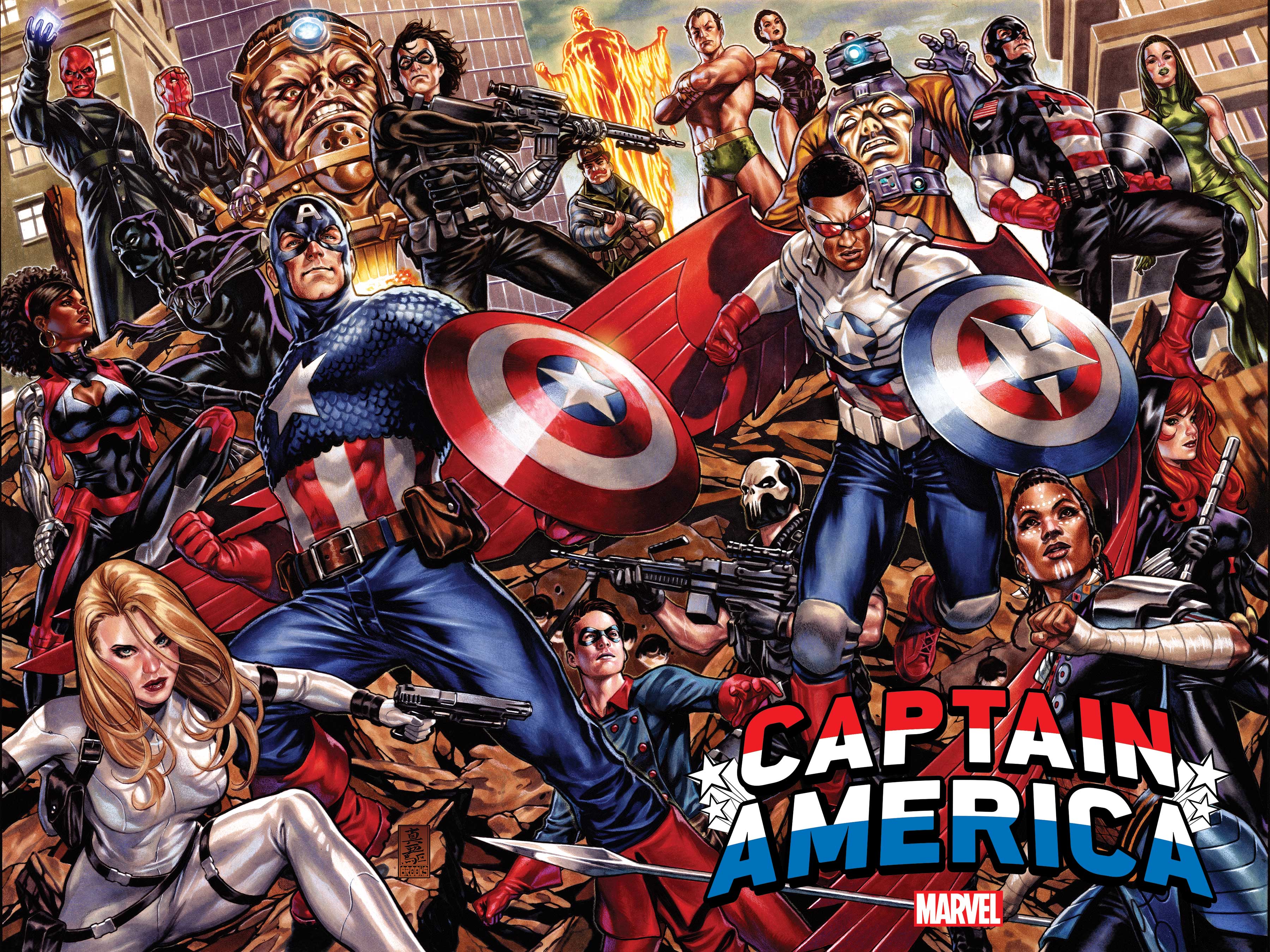 Marvel Comics has announced that there will be two new Captain America series coming and those stories will begin with the release of Captain America #0. The new series launching will usher in a new era for Sam Wilson and Steve Rogers that will have two Captain Americas’ in the Marvel Comics universe much like with Spider-Man, Thor, and Hulk.

Captain America #0 will be written by Kelly, Lanzing, and Onyebuchi with artist Mattia De lulis.

“Issue #0 is effectively a conversation between Steve and Sam about what it means for both of them to be Captain America simultaneously, but that conversation isn’t had in a room sitting down over beers, that conversation is had while flying/holding onto the side of a massive rocket heading into the sky to obliterate all of mankind because Arnim Zola is back and he’s got a bad plan.”

“We’ve seen Sam Wilson deal with the legacy of Captain America and race in very inward terms with regards to America: What does it mean for America to accept a Black Captain America?”

‘With our story, what we really wanted to start looking at was, how has America changed? What does it mean to be a patriot now?”

“Cap can’t turn his back on America, neither of the Caps can, because the idea is good. The core is good and worth fighting for, but both need to wrestle with what that means in the year of our Lord 2022.”

Artist Mark Brooks will be providing his skills to an astonishing wraparound cover of Captain America #0 which you can check out below as well as the covers for Symbol of Truth and Sentinel of Liberty. Be sure to pick up the one-shot and premiere series for Captain America at your local shop or digitally this April, May, and June respectively.