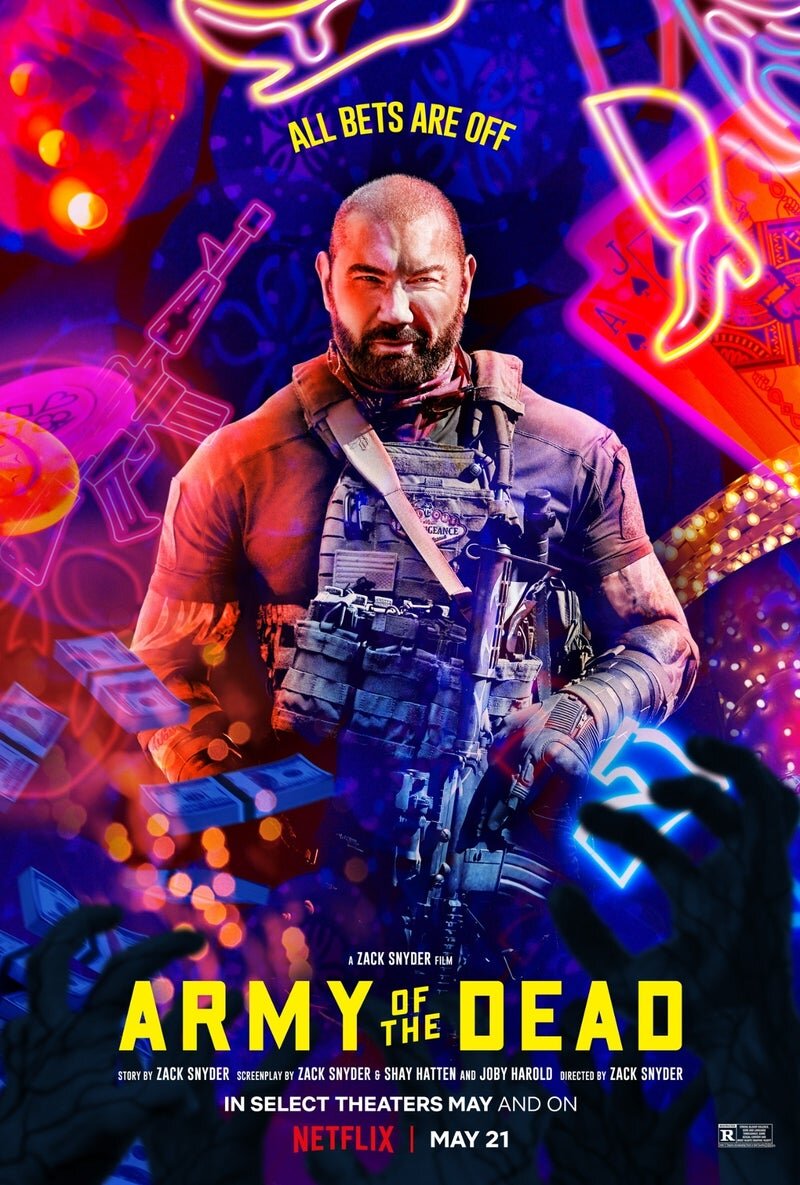 Netflix has released some new character posters for the upcoming zombie flick Army of the Dead.

The Vegas theme keeps on rolling, and we have a handful of character posters for Zack Snyder‘s upcoming zombie heist film at Netflix. If you haven’t seen the trailer, then be sure to check it out here.

The story will focus on one,

“capable hero who assembles a team of undesirables to infiltrate an impregnable fortress (in this case, a Las Vegas casino) during an undead uprising.”

It’s also been explained that,

“a plague has been released from Nevada’s secretive Area 51 military base. The U.S. government has managed to contain the outbreak by building a wall around an overrun Sin City. But there’s still all that cash in zombie-infested casinos, if only somebody is brave (or dumb) enough to try to go and get it.”