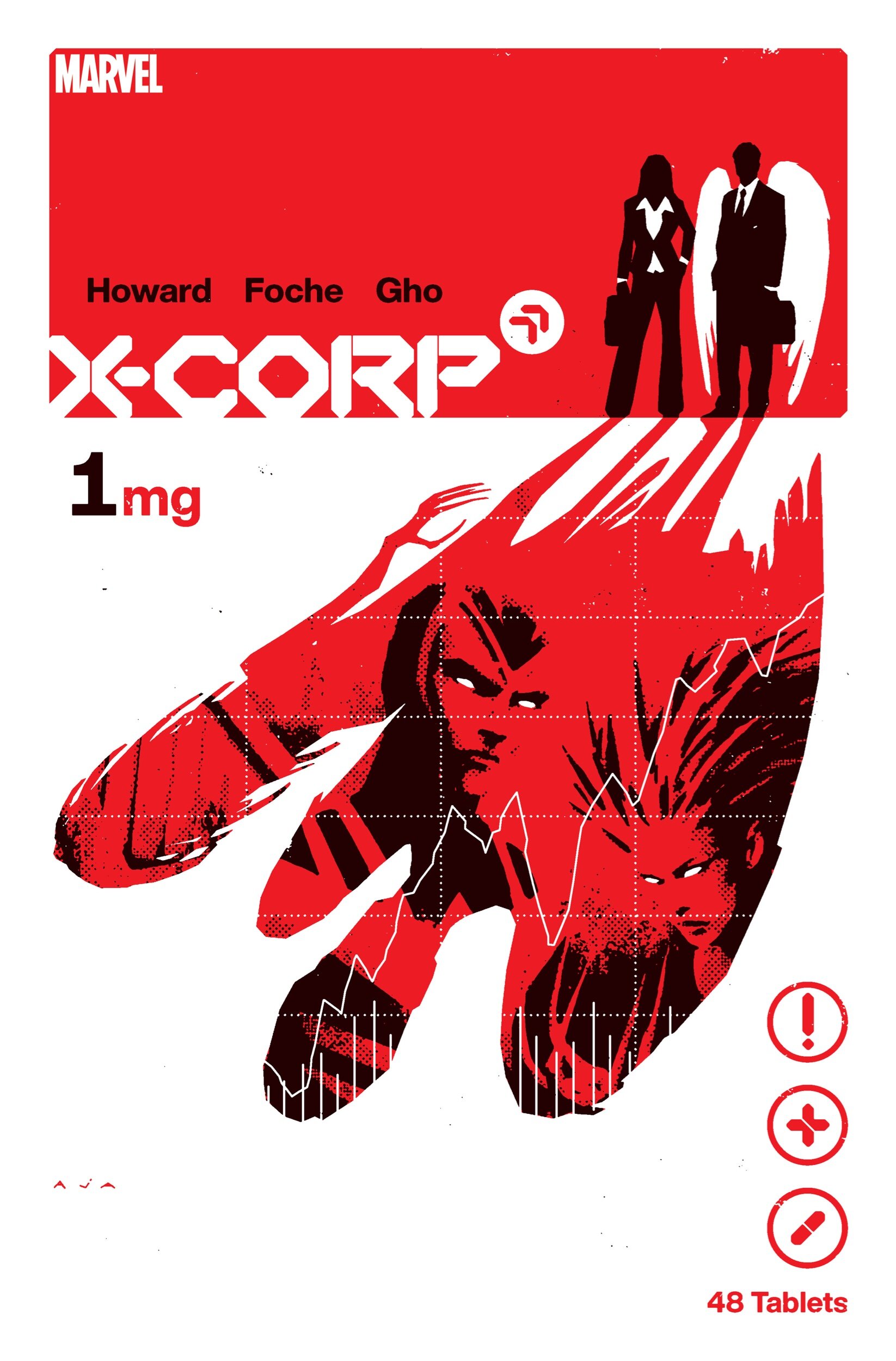 MUTANTKIND SOARS TO THE TOP IN NEW X-CORP SERIES!

The X-Book every fan has been waiting for is finally here! X-CORP, written by Tini Howard (Excalibur) and drawn by Alberto Foche (Dan Dare) will hit stands this May. Taking Jonathan Hickman’s masterplan for mutantkind to the next level, the series will premiere a brand-new group of X-Men that will prove once and for all that mutantkind means business!

The deals have been made. Mutantkind is safe on Krakoa. As the Reign of X continues, what are the wants of the mutants who have everything? Leading the charge is X-CORPORATION, headed by CXOs Monet St. Croix and Warren Worthington, a duo as cutthroat and ruthless in the boardroom as they are on a battlefield. But X-Corp needs more than just its figureheads. As Monet sets out to staff their team with some of the brightest and most deviant minds in mutantkind, Warren finds himself in a tense confrontation with one of Krakoa’s first allies who wants to know the truth: on Angel’s wings, will X-Corp crash or soar?

Here’s what Howard had to say about the X-Men’s next big venture:

“Hello! Some of you have been waiting a while for this book, and I’m the one to blame. I first pitched this story because I absolutely love the weird corporate world within Marvel Comics – specifically books like New X-Men, All-New X-Factor, and the history of what the X-Corporation was before. But in a new mutant era of gates and deals, X-CORP’s ‘corporate embassy’ is a bit obsolete – and I refuse to sell you guys anything I wouldn’t buy myself.

“We shelved the book for a time (I had X OF SWORDS on my plate immediately after) and decided that X-CORP existed quietly in the background, there for us to debut when we had the right story to tell, the right public offering to make, if you will. Empyre: X-Men gave me a chance to test-drive some of the earliest concepts – Angel and Monet as dual CXOs, Jamie Madrox by their side, and the cleaning-up of some of Charles Xavier’s portfolio. Since then, I’ve reworked the book entirely – and you’ll know exactly why you’ve waited until now to see what they’re up to. I’ve got a corporate past myself, and it’s all going into this book. X-Corp: We’re Simply Superior.”

Artist Alberto Foche, known for his work on Dan Dare, makes his Marvel Comics debut with this bold new series.

“I´m very happy to contribute to the awesome X-Men comic universe and specifically with this series,” Foche said. “Tini’s scripts are intense and have a flair that I appreciate. I hope everybody enjoys reading this comic as much as I had making it!”

Grab hold as X-CORP introduces new concepts that will revolutionize the Marvel Universe as we know it when it arrives this May! For more information, including a first look at interior artwork, visitMarvel.com.

Avengers: War Across Time – The Original Avengers Assemble for the Greatest Kang Saga of All Time