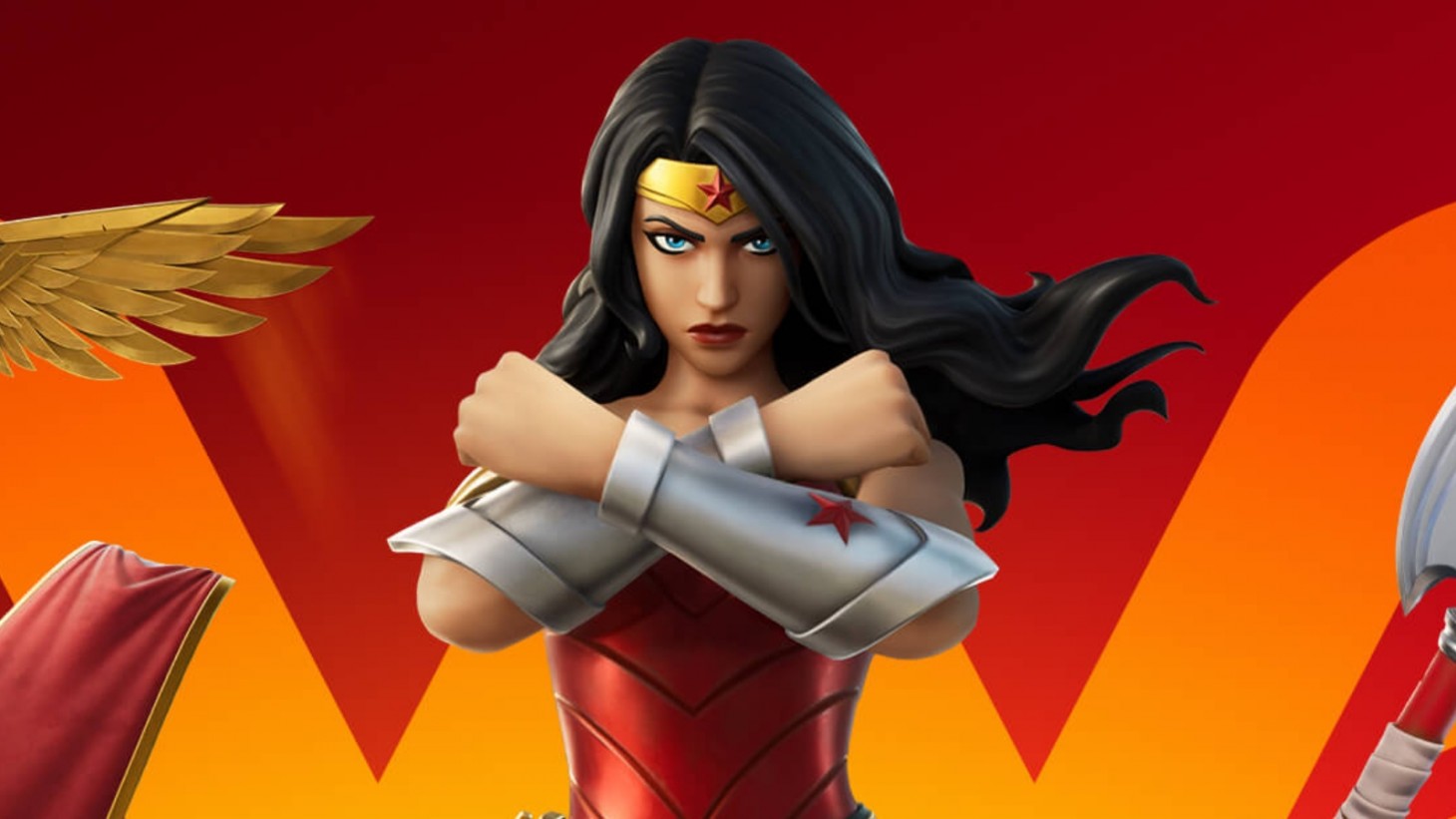 Well, Arian Grande‘s Rift Tour is behind us, we just had “Dude” from Free Guy join the ranks in the battle royale game and we also got the Marvel favorite Guardian Gamora recently. It doesn’t stop there. The crossovers continue on Fortnite with Epic Games is following that up by assembling the DC Trinity in Fortnite. First Batman joined the fray. Superman just made his heroic presence known. Now, Wonder Woman is leaping into action this week as a new skin for fans of the Amazonian princess.

Beginning August 19 at 8 p.m. ET, you can purchase the Wonder Woman cosmetic set. This set includes Diana’s classic and armored outfits, a cape that comes in two variants, Athena’s Battleaxe, the Golden Eagle Glider, and a DC Trinity loading screen.

Additionally, Epic is launching the Wonder Woman Cup on August 18 where duos will have three hours to earn as many points as possible across 10 matches. The top-scoring teams in each region will earn the Wonder Woman outfit and cape before it goes on sale. Meanwhile, teams that score at least eight points (finishing around 26th place minimum) also get an Honorary Amazons loading screen.

As a reminder, Superman swooped into Fornite last week, and quests tied to his battle pass are also available. The missions center around trying to restore Clark’s memories, with the Man of Steel remaining up with Armored Batman and Beastboy to find the memory thief. By completing a number of quests you’ll earn rewards such as Superman’s Clark Kent outfit, a spray of his signature logo, and even a phone booth to suit up in. You can read more about what the Superman Quests entail by visiting the Fortnite website.

Are you excited to wield the power of Themyscira with the Wonder Woman skin and gear? Let us know in the comments!