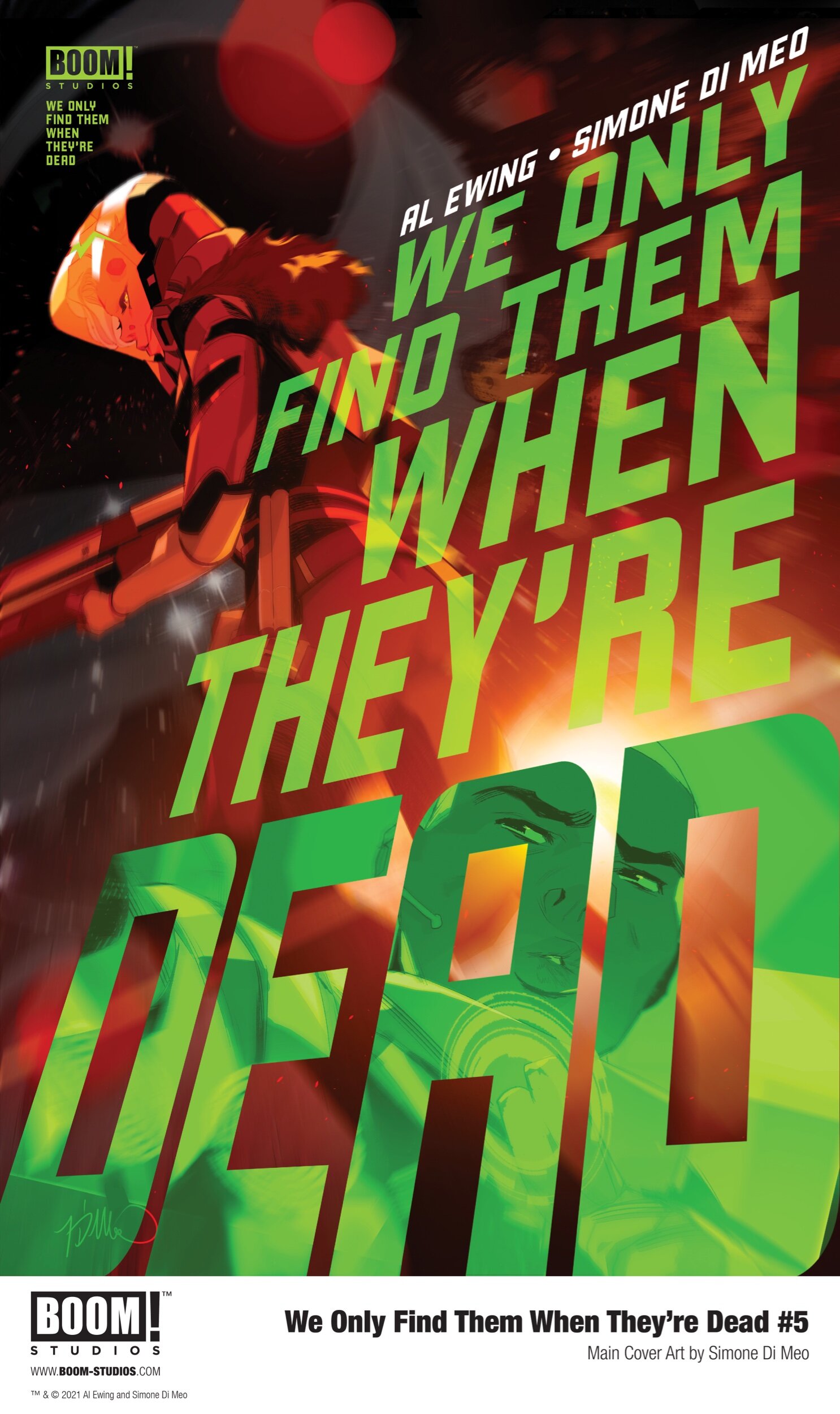 BOOM! Studios today revealed a first look at WE ONLY FIND THEM WHEN THEY’RE DEAD #5, the sci-fi epic from Al Ewing (Immortal Hulk) and Simone Di Meo (Mighty Morphin Power Rangers), with color assistance by Mariasara Miotti and letters by AndWorld Design, about one man’s unrelenting quest throughout space to discover the truth—no matter where it takes him. Available in stores January 20, 2021.

SYNOPSIS: After the tragedy that befell the crew of the Vihaan II, just as they discovered a brand new god on the outer edges of space, Captain Malik and Richter face off for the last time . . . but only one of them will survive. . . and the rest of the crew are faced with a shattering discovery that will change the fate of everyone in the universe forever.

In this article:boom studios, Comic books, comics, Scifi, We Only Find Them When They're Dead