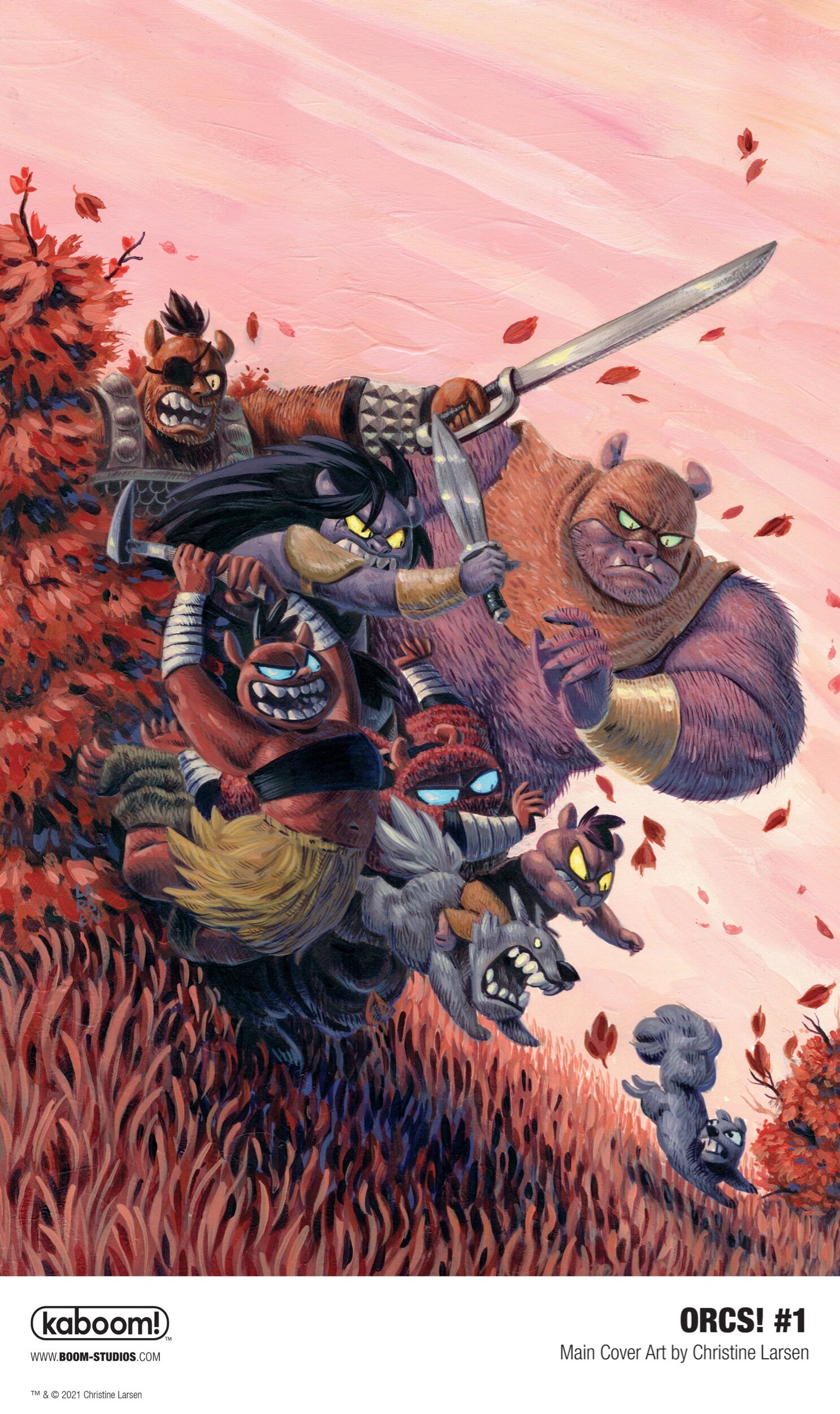 BOOM! Studios today revealed a first look at the series launch of ORCS! #1, an all-new original six-issue comic book series, by cartoonist Christine Larsen (Adventure Time, By Night), about a band of misfit Orcs who set off into the great, wide Known World in search of glory and gold but find that the real treasures were the friends they made along the way.

The Adventure Starts Here! Join Bog and his crew, who were banished from their Orc village by King Hrograhgah (it was a simple misunderstanding, involving an acorn-related prank!) and must now venture out into the world to seek their fortune and hopefully, one day, find their way back home again. Bog, Zep, Pez, Utzu and Gurh’s many adventures will find them entering the dreaded Eerieasallhel Forest, facing off against Trolls, Gnomes, squirrels and more, and even following in the footsteps of the legendary Orc hero, Dod One-Eye!

Print copies of ORCS! #1 featuring main cover art by series artist Christine Larsen, as well as variant cover art by Sweeney Boo (Eat, And Love Yourself) and Miguel Mercado (Bone Parish), will be available for sale on February 10, 2021 exclusively at local comic book shops (use comicshoplocator.com to find the nearest one) or at the BOOM! Studios webstore. Digital copies can be purchased from content providers, including comiXology, iBooks, Google Play, and Madefire.

In this article:boom studios, boomstudios, fantasy comics, orcs!
Up Next:

We Only Find Them When They’re Dead #5 Preview