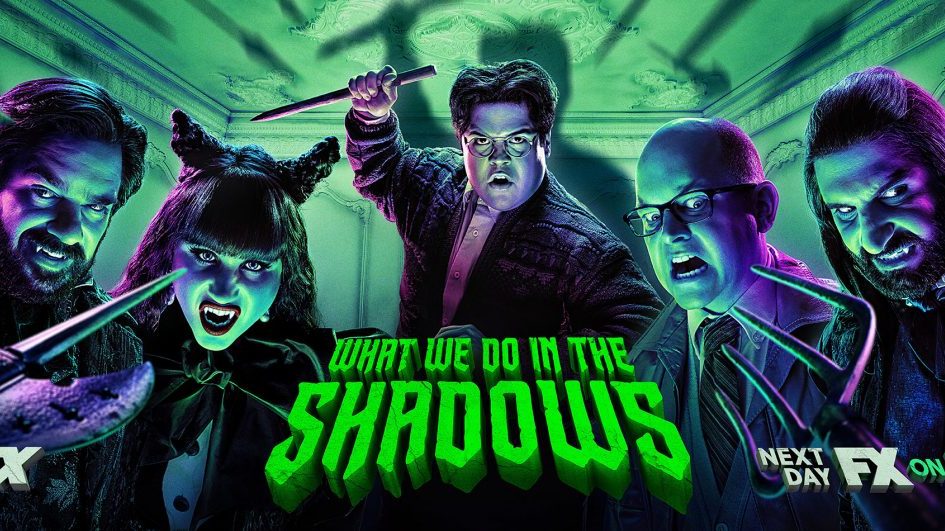 WHAT WE DO IN THE SHADOWS Renewed for Season 4 at FX.

FX has announced that the comedy series What We Do in the Shadows has been renewed for a fourth season, which will premiere in 2022. The announcement comes ahead of the debut of the series third season, which premieres on Sept. 2. The first two episodes of Season 3 will drop that day and be available to stream on FX on Hulu the following day.

“Fans can’t seem to get enough of ’What We Do in the Shadows’ and FX is ready to feed that appetite by setting up the series for a fourth season. Our thanks to the extraordinary job by the creative team, cast and crew who keep making a great show better each season.”

The series, which is based on the feature film of the same name by Jemaine Clement and Taika Waititi, “documents the nightly exploits of vampire roommates Nandor (Kayvan Novak), Laszlo (Matt Berry), Nadja (Natasia Demetriou), and Colin Robinson (Mark Proksch) as they navigate the modern world of Staten Island with the help of their human familiar, Guillermo (Harvey Guillén).”

In Season 3, “we find the housemates in a panic about what to do with Guillermo after discovering that he is a vampire killer. This season, the vampires are elevated to a new level of power and will encounter the vampire from which all vampires have descended, a tempting Siren, gargoyles, werewolf kickball, Atlantic City casinos, wellness cults, ex-girlfriends, gyms, and supernatural curiosities galore. Plus, Colin Robinson is turning 100. And Nandor, faced with his own eternal-life crisis, tries to inject his life with more meaning. Will he find love or is he destined to be an immortal bachelor with 37 ex-wives?”