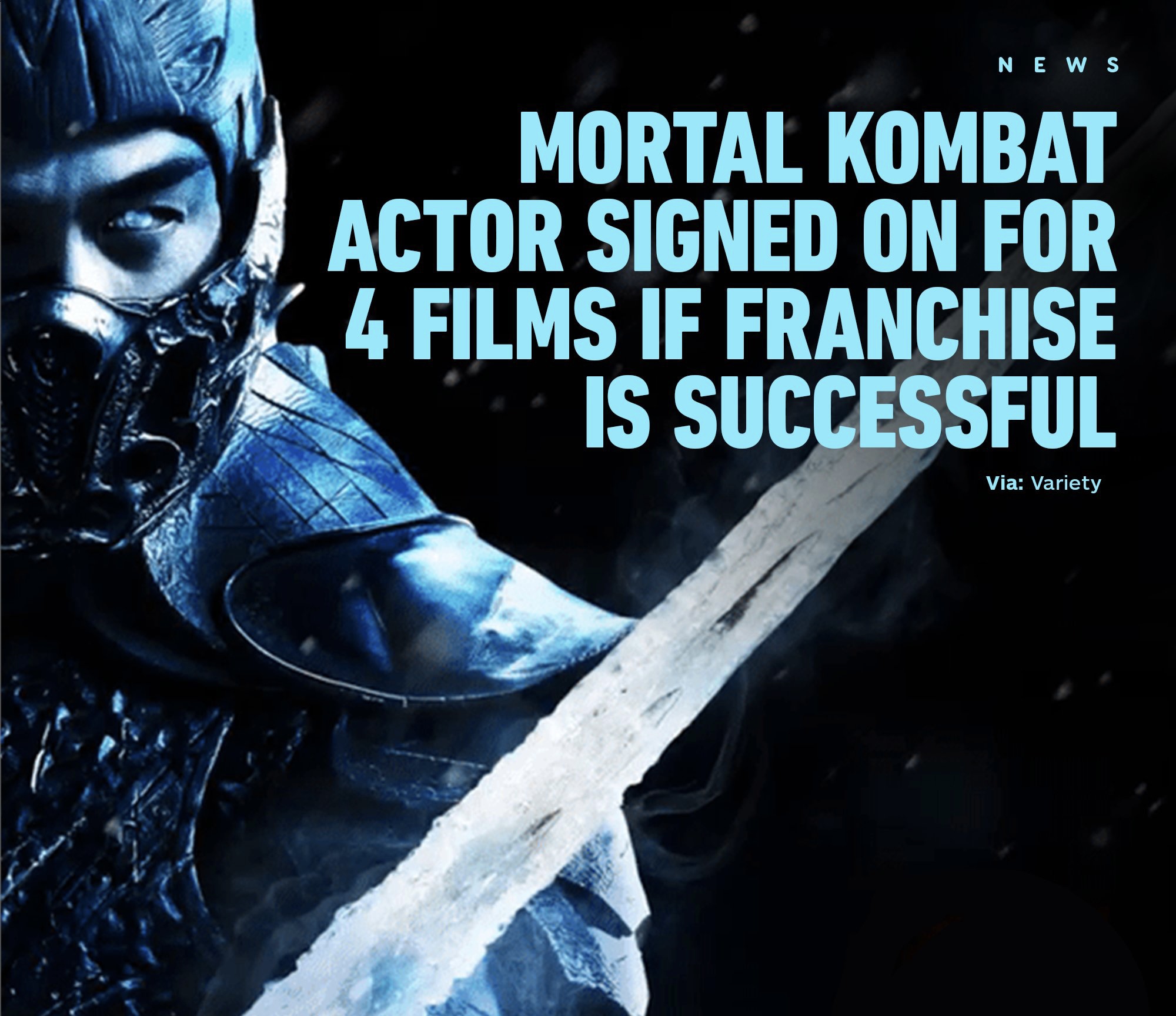 Sub-Zero actor Joe Taslim says he’s already signed on for 4 more Mortal Kombat films if the first is a success.

Warner Bros. is prepared to make more Mortal Kombat movies if the franchise’s reboot is successful. In a conversation with Variety, actor Joe Taslim, who plays Sub-Zero in the upcoming film, stated that he is signed on for four more entries if the series continues.

“We don’t know if we’re gonna have a sequel — fingers crossed that we have a sequel,” Taslim said. “If this one’s successful, maybe we do more.”

We haven’t gotten any announcements of a sequel, what we do know is that the film has had some serious buzz from fans since its announcement. If it is successful, there’s definitely the potential of a Mortal Kombat Universe.

The red bad trailer was the most watched, taking the top spot from Deadpool 2, what I will say is that as much as I love the previous films, the intense, gory action of the reboot shows much promise and gives us a real take on the type of bloody experience we’ve come to expect from the video games.

Mortal Kombat will hit theaters this Friday, April 23. Additionally, the film will be available to stream for 31 days on HBO Max.

If you can’t wait for Friday, then get your fix with this sneak peek at the first 7 minutes of the film here!