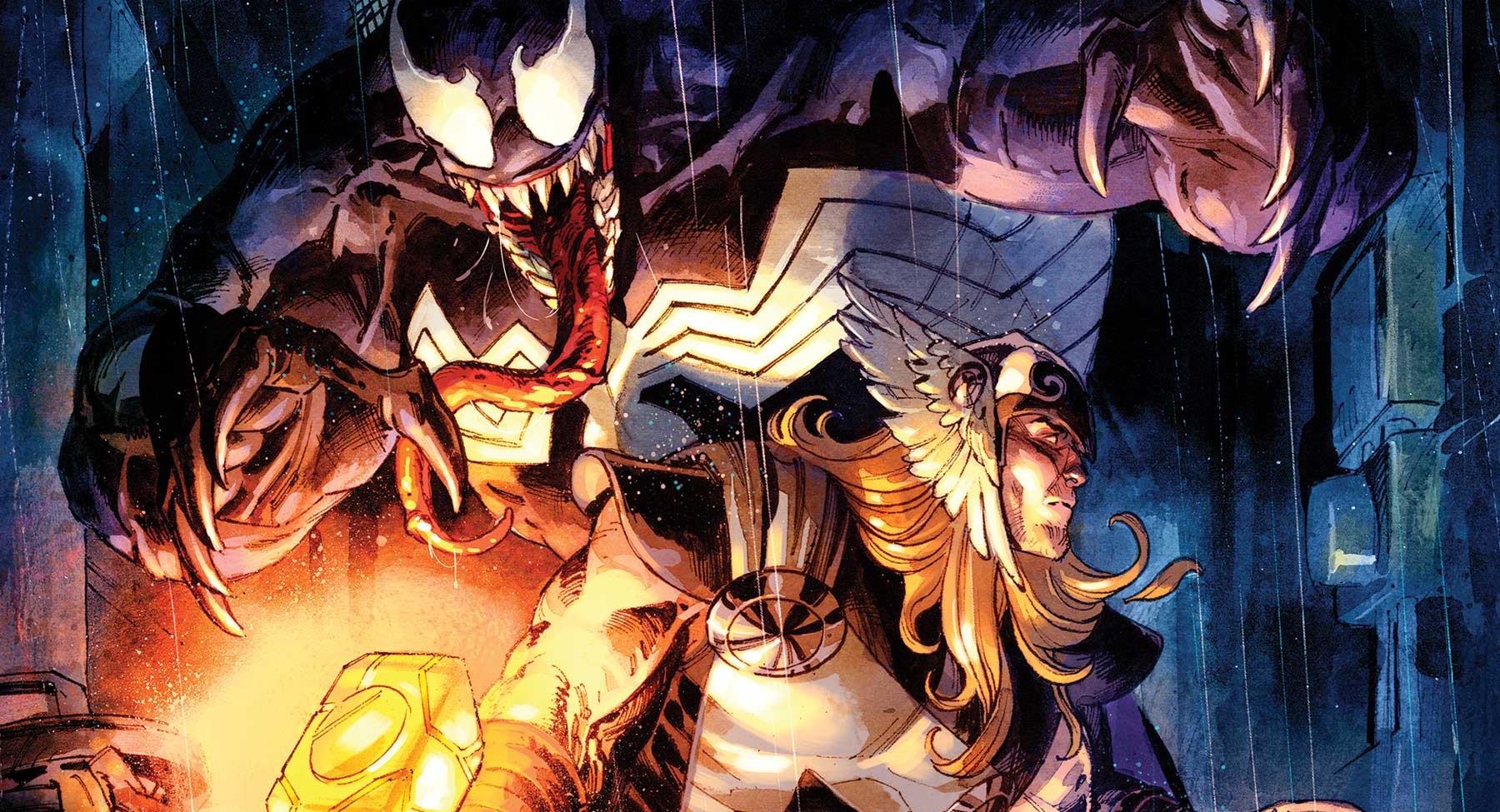 Marvel Comics announced that Venom is set to make his way to Asgard in the upcoming new arc that kicks off this July with Thor #27. The two “kings of the Marvel universe” will fight alongside each other against a new threat according to the publisher’s press release with Donny Cates having the opportunity to write another story for the “King in Black” after handing off the reigns of the main run to Al Ewing and Ram V. This new arc will also bring superstar guest artist Salvador Larroca for issues #27 and #28 with regular series artist Nic Klein taking the reigns back in Thor #29.

“Thor, King of Asgard, and Eddie Brock, the symbiote’s King in Black, will set aside any personal differences and join forces in an upcoming arc of Donny Cates and Nic Klein’s acclaimed THOR series. Beginning in THOR #27, the two-part saga will be Cates’ grand reunion with Venom, the character he redefined in his historic VENOM run that came to an end last year. Now delivering that same treatment to Thor, Cates’ latest thunderous arc will continue to revolutionize the Thor mythos and raise the stakes for what’s been building up since issue #1.”

Editor Will Moss said in the press release:

“We’re so thrilled to have the legendary Salvador Larroca join us as a guest artist for this story! Donny thought he’d told all the Venom stories he had to tell, but the amazing world-building that Ram V, Al Ewing, and Bryan Hitch have been doing in their brilliant VENOM series gave Donny an idea for a story that brings the world of Thor and the world of Venom together in a really fresh, exciting way.”

Be sure to join the King of Asgard and the King in Black for this epic team-up when the arc kicks off in Thor #27, available at your favorite local comic shop and digitally on July 27th, 2022. Check out the cover below: