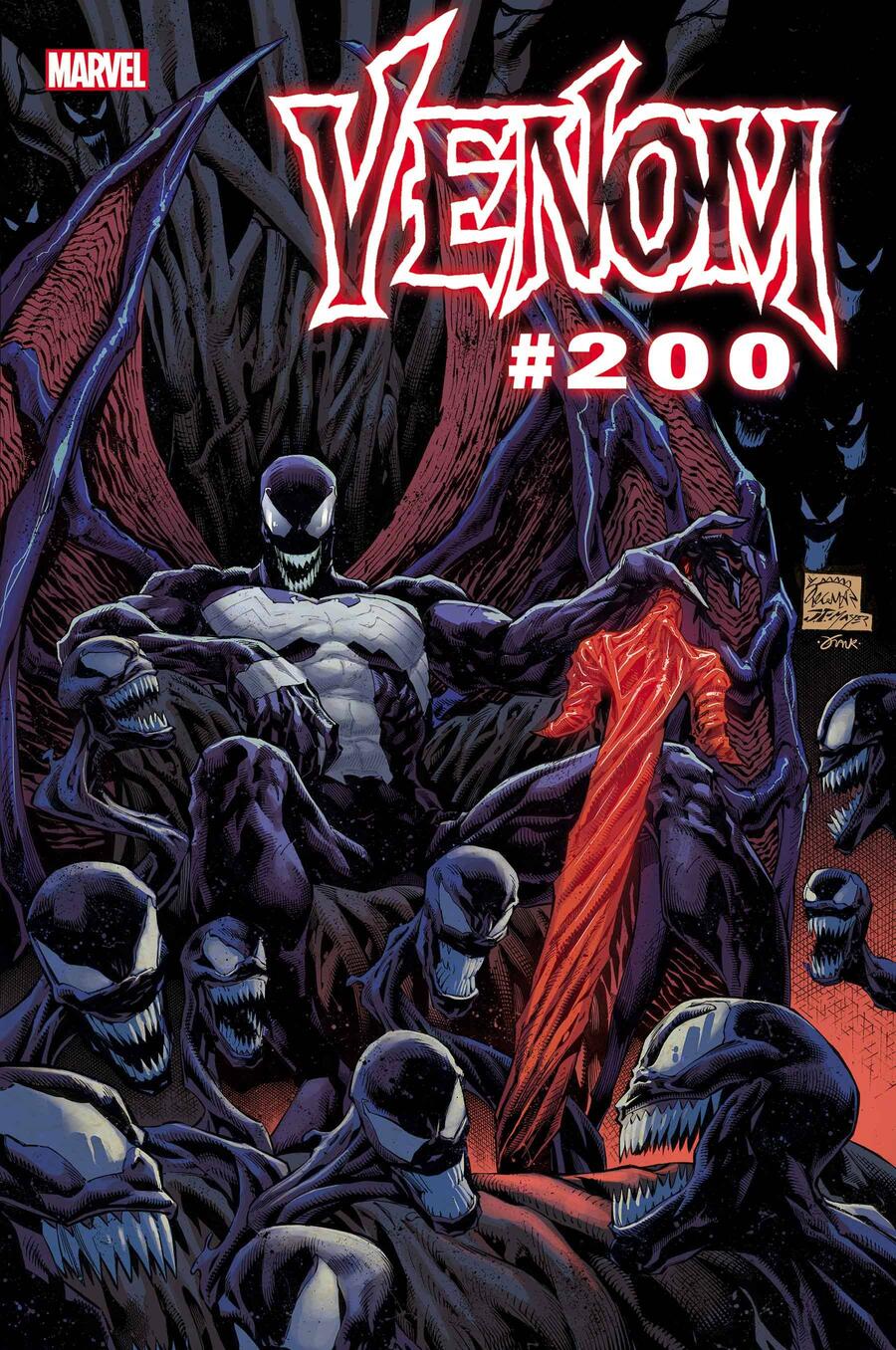 Tomorrow marks the end of one of the most revolutionary Marvel sagas of the last decade: Donny Cates and Ryan Stegman’s VENOM. The superstar creative team will close out their redefining work on Eddie Brock and the symbiote mythos in Venom’s milestone 200th issue. Over the years, Cates and Stegman have torn Eddie Brock’s life asunder, uncovering long-hidden mysteries behind the nature of symbiotes while exploring Venom’s very nature as a Marvel hero. This bold era launched two line-wide events, Absolute Carnage and King in Black, and will leave a lasting impact not only on the character of Venom but on the Marvel Universe as a whole. The acclaimed duo recently sat down to reflect on their run in a special farewell video, spotlighting their greatest moments, as well as a sneak, peek at tomorrow’s issue.

“We’re gonna end this run the way that we started it – by exploding everything you ever thought that you knew, and setting the stage for something that’s truly and honestly going to change Eddie and the Marvel Universe forever,” Cates said.

“We’ve got some of the coolest images in the series coming up in 200,” Stegman promises. “If you thought that Venom with a battle axe with a star field on his costume with glowing eyes was crazy, you haven’t seen much yet.”

Pick up this historic end of an era digitally or at your local comic shop when VENOM #200 debuts tomorrow!