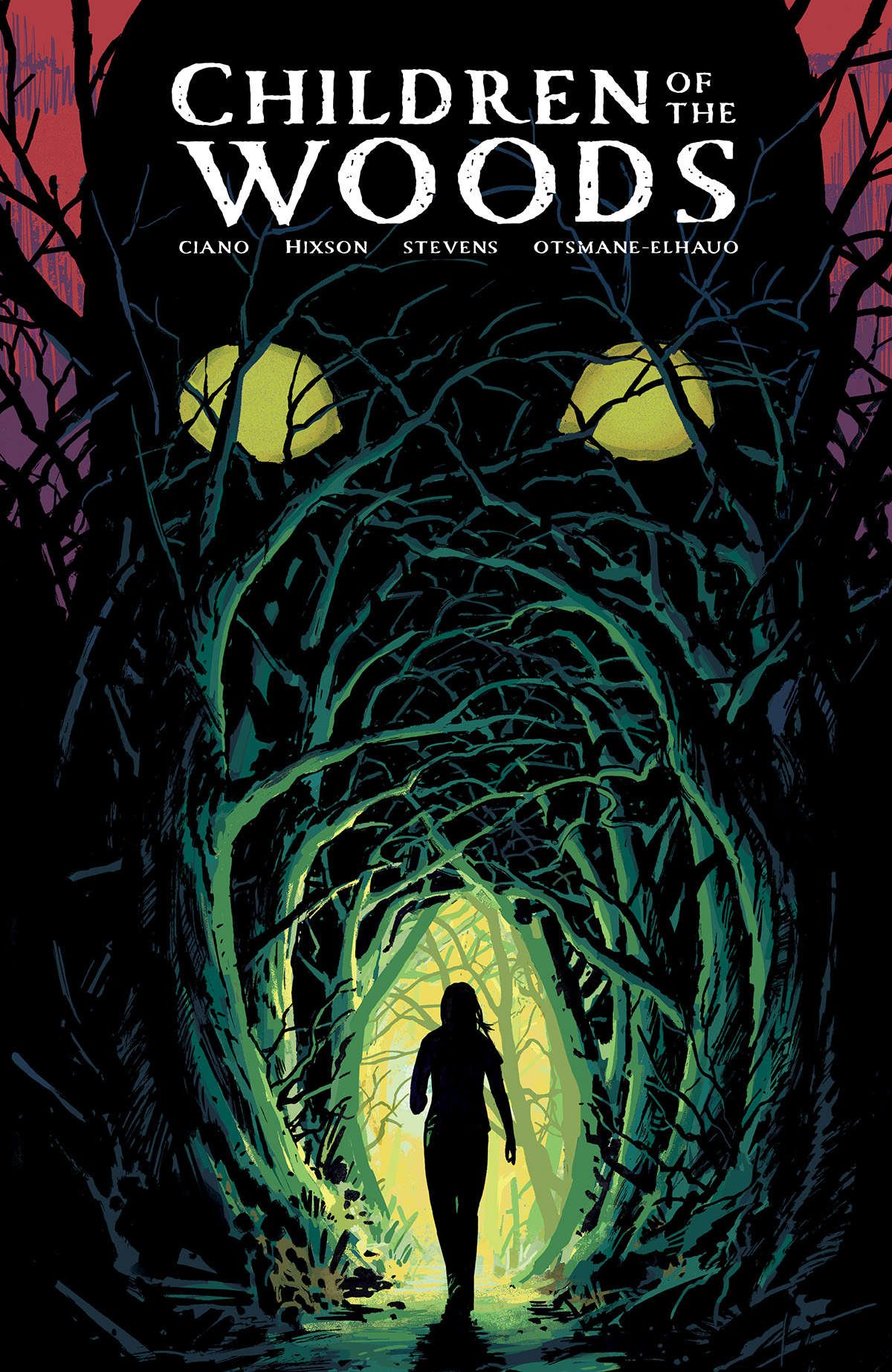 Children of the Woods: There’s Always a Story in the Black Woods. Just Make Sure it’s Not Yours.

Monsters aren’t born. They’re made right in front of your eyes. From the minds of Joe Ciano and Joshua Hixson comes Children of the Woods, a horror mystery that will explore the monster within and what is left when that monster finally comes out.

After a tale of revenge leads to a monstrous outcome, Amber and Quinn pay the price for power and magic as they become the newest children of the Black Woods. As Amber becomes intertwined with the secrets of woods and the town they live in, Quinn learns he is not alone in the woods. And not all who reside there are welcoming.

“Children of the Woods is about the drive that makes people become monsters, whether it’s sparked through tragedy, anger, or just one’s own curiosity,” Ciano said. “This book is supported by an amazing coloring and lettering team with Roman Stevens and Hassan Otsmane-Elhaou. We’re thrilled that Children of the Woodshas found a home at Dark Horse. Josh and I always had Dark Horse in mind when we first started development on the book, so this is really special.”

Agreeing with Ciano, Hixson added, “When Joe and I first started on Children of The Woods several years ago, we had always hoped to eventually take it to Dark Horse, and I couldn’t be more excited to make that a reality.

“Our story is about these characters who have lost themselves in the lore of the Black Woods and seeing who they become on the other side, if they ever really make it out at all.”