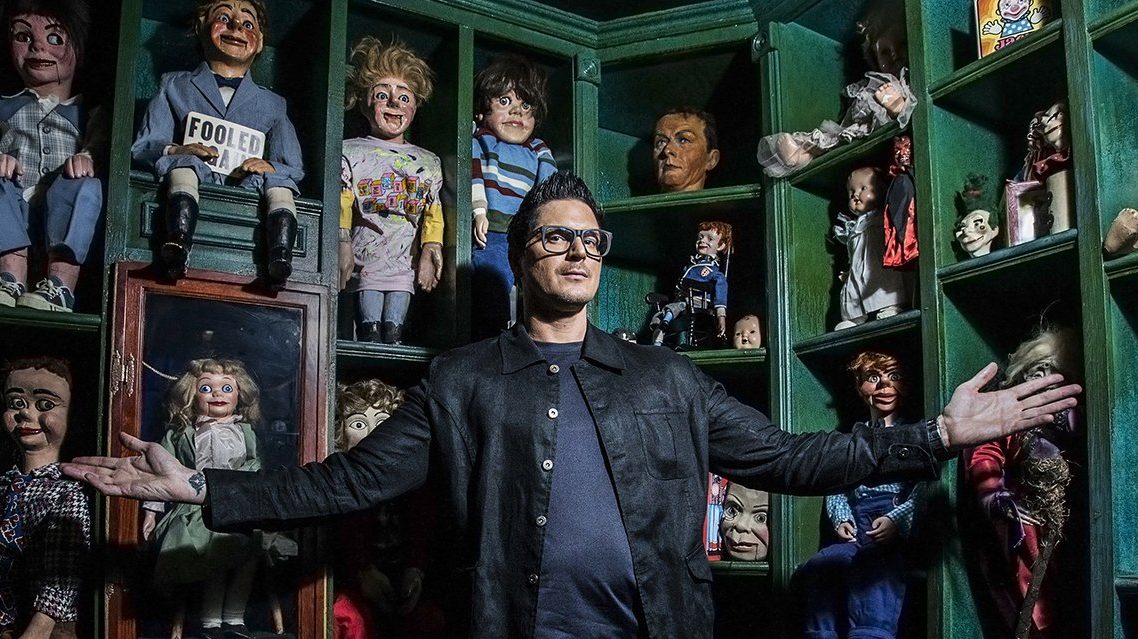 The series will tell the stories behind the haunted artifacts that Bagans has filled his Haunted Museum with in Las Vegas. The series will blur the lines between fact and fiction to deliver fans terrifying tales. I’ve been to The Haunted Museum and it’s a pretty awesome experience! I think making a series about the artifacts that reside there is a great idea! It looks like it’ll be a lot fun!

Per the press release, “An enthusiast for all things haunted, Zak Bagans has amassed a collection of thousands of creepy artifacts from all over the world, exhibited across a sprawling 30-room, 14,000-square-foot mansion museum. Here, brave visitors come face-to-face with a plethora of spooky memorabilia that span paranormal legends, true crime, Hollywood pop culture, and haunted history. But among these relics are a group of items that are particularly sinister, inducing nightmarish experiences — fainting spells, chills, convulsions, scratches, and disturbing bad luck.

“Now, these cursed objects take the spotlight in The Haunted Museum, as Zak Bagans and Eli Roth join forces to tell their ominous stories in a frightening format. Roth — the modern master of horror and creative force behind such films as Cabin Fever and Hostel — along with his accredited team of writers present the frightful tales behind Bagans’ most feared items through innovative and evocative horror shorts. Experience the supernatural scares behind Peggy the Doll, the Devil’s Rocking Chair, Charles Manson’s cursed television, an antique mirror with an evil attachment, the Westerfeld dollhouse, a wooden tribal cursed statue, ‘spiritual equipment’ that may be a portal to a demonic dimension, the Demon House staircase and the infamous Dybbuk Box.”

Bagans said in a statement, “While all of the collectibles in my museum have dark and unusual backstories, these items are especially fearsome because of the intense, evil energy they contain. Their power is scary as hell, and I’ve never seen anything like it. Eli Roth is a mastermind at authentically evoking this terror and the very real fear brought on by these objects through his incredible visual storytelling. The horror is palpable. This is the scariest thing you will ever watch.”

Roth added, “Never before have I been involved as a producer in a project this scary. I believe this show could go down as one of the scariest anthology horror television shows of all time. I am so excited to bring these terrifying stories to homes in time for Halloween. Working with Zak has been a scream, he was so helpful in guiding the stories of these horrific objects that most people would be too scared to even look at. There has never been a show where you can see a terrifying story and then visit the real cursed object in person after, if you dare. I stand behind my claim this will be the scariest show you will watch this Halloween season.”

The episodes in the new series are as follows: