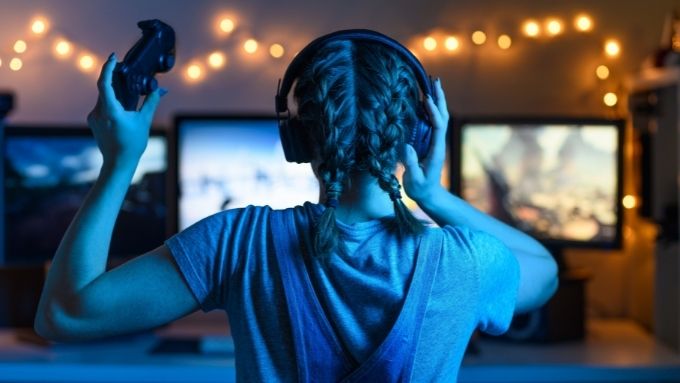 In the not-so-distant past, the idea of playing video games for a living was absurd. These days, it’s a valid way to pay the bills since content creation has become one of the most lucrative ways to earn money while still doing what you love.

If you’re considering starting streaming, now is the time to do so. By choosing one of the top streaming platforms to use for gaming in 2022, you can set yourself up for success.

Coming in first place is Twitch. Chances are, you probably immediately think of this platform when you picture gaming streams. Hosted by Amazon, Twitch continues to dominate as the platform of choice for many people due to several benefits.

First, it’s user-friendly for both viewers and streamers. Further, Twitch has both free and premium options, offers free games to subscribers, and provides its own software for broadcasting from a PC. That’s not all; Twitch also allows for extensive interaction with viewers in the form of live comments, custom emote slots, subscriber badges, and more.

While initially predominantly serving people who recorded their streams and then uploaded them, YouTube now offers users the ability to stream live. YouTube gaming has a simple user interface and enables the streaming of high-resolution videos. Additionally, it’s free to live stream, offers great audience interaction, and allows you to save streams for later viewing.

Facebook Gaming allows people to watch their favorite streamers from their Facebook app. Further, there’s now a dedicated Facebook Gaming app in existence. If you want to stream to people you know, this option is effective because you can interact with your audience by replying to reactions and comments.

Plus, you get to tap into Facebook’s massive audience base. After all, creating better audience interaction is among the most effective ways to improve a gaming stream. The more personality you bring to the stream, the more you can stand out among others on the platform.

Caffeine is less known but still effective enough to be one of the top streaming platforms to use for gaming in 2022. It’s free with no ads. Like Twitch, Caffeine provides software to stream from a PC. It’s also quite stylish and offers several popular mainstream entertainment channels. However, Caffeine lacks console or set-top-box apps, doesn’t allow for archiving streams, and has an optimal resolution that’s pretty low for gaming. Nevertheless, it is a solid choice if the top three don’t appeal to you.

Owncast is another smaller streaming platform that is both open-source and free. Its advantage is that it lets you host your own channel. However, this also means you need to build the channel from the ground up like a website. Owncast is highly customizable and allows for live streaming. However, it can be a bit complex for those who aren’t already tech savvy. Now that you know the options available, you can start searching for a new streaming home today.