Three New Clips From Chris Rock's SPIRAL: FROM THE BOOK OF SAW 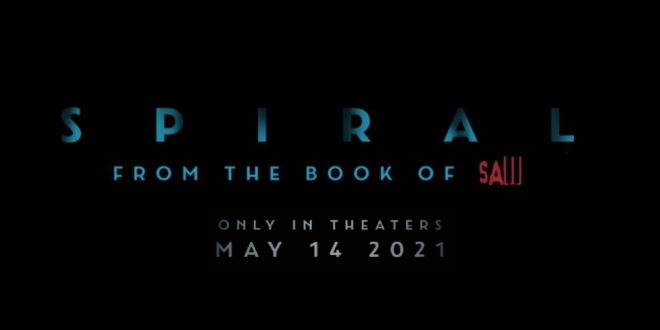 Lionsgate has shared three new clips from its upcoming horror film, Spiral: From The Book of Saw.

The first shows us a scene involving Chris Rock and Samuel L. Jackson. In the film, they play detectives investigating a string of grisly murders by a killer who is targeting cops. In the second clip, Rock’s character gets a message from someone posing as the new Jigsaw killer. The third clip features Jackson’s character doing a little investigative work until something not so great happens.

Darren Bousman (of Saw II, Saw III, Saw IV, Repo! The Genetic Opera) directed the film, the idea for which came from Rock himself. Here’s the synopsis:

A sadistic mastermind unleashes a twisted form of justice in Spiral, the terrifying new chapter from the book of Saw. Working in the shadow of an esteemed police veteran (Samuel L. Jackson), brash Detective Ezekiel “Zeke” Banks (Chris Rock) and his rookie partner William Schenk (Max Minghella) take charge of a grisly investigation into murders that are eerily reminiscent of the city’s gruesome past. Unwittingly entrapped in a deepening mystery, Zeke finds himself at the center of the killer’s morbid game.

The movie also stars Max Minghella and Marisol Nichols and it’ll be released on May 14th.